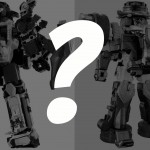 Though many have speculated since this the early reveal of the upcoming DX Lion Ha Oh, we may have some information regarding Shuriken Sentai Ninninger’s Q4 toys!

Lion Ha Oh, set for release in about a week, is the largest toy in the line and being that it’s a Q3 release many fans suspected a final mecha for Q4 to be revealed after it. Well if rumors posted by the reputable Dukemon22 of Rangerboard are to be believed then we’re actually about to get a brand new 6 piece combiner in October to finish out the year! DX Shuriken Gattai Gekiatsu Dai Oh!

Gekiatsu Dai Oh as stated above will be a 6 piece set of new mecha for the Ninningers. Composed of HouhouMaru (Phoenix), GenbuMaru (Turtle), SeiryuuMaru (Dragon), ByakkoMaru (White Tiger), PandaMaru (Panda), and MagoiMaru (Black Carp) each will have a hybrid vehicle motif. Able to form it’s own independent combination this robot is said to be primarily blue & orange with a fire theme. It’s also capable of substituting for Shurikenjin when combined with Lion Ha Oh to form Ha Oh Gekiatsu Dai Oh! It also apparently it has a chest missile firing gimmick!

What do you think about these rumors? We haven’t had a series regular full set of new machines for each individual of a sentai in quite some time, so this could be very unique indeed. Check back with us as time for release of this proposed set approaches!