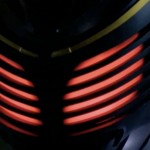 Welcome to another round of Let’s Watch Wednesdays at Tokunation.com! This week we discuss the following:

In addition, a few new Riders are introduced such as Kamen Rider Femme, the only female rider in the Ryuki-verse, and Kamen Rider Verde! Does Asano Megumi have competition in the beauty department with Kirishima Miho? What connection does Asakura have with Miho?

Throughout the Kamen Rider Ryuki TV series we never saw Shinji really give into his dark side, yet we find the epitome of that in the form of Kamen Rider Ryuga from Episode FINAL! Discover a connection between Shinji and Yui from childhood and more! Click any of the links above to join or ongoing discussions!