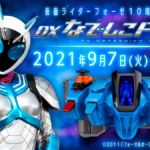 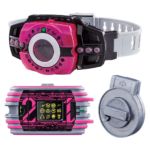 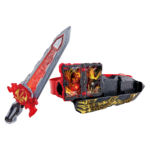 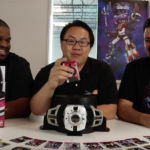 Our friends from Team Rider of Bluefin Brands have uploaded a brand new video to their YouTube channel showcasing the upcoming DX Decadriver – available April in the United States and Canada from Bluefin Brands. They demonstrate everything you need to know for this upcoming item. Check out the video below!

On Friday, January 3rd we had the opportunity to do something really special. We held a live-streamed interview with #TeamRider of Bluefin Brands asking both questions we wrote up as well as questions we asked you for via our @TokuNation Twitter account (now 10,000 strong and growing – THANK YOU!). During the interview they were able to see your comments and respond to them real-time. We had a blast and we can’t wait to do it again soon.

Below is a recap of some of the questions/answers as well as the stream itself so you can listen if you missed it. Enjoy!

Are previous CSM Kamen Rider belts available to be released in the United States and Canada?

Bluefin Brands is limited to only what is currently in production or available at retail in Japan. If there is an item that you want to see brought back – be vocal on social media and at conventions. However, there is a good chance that any future CSM items that release will be brought over to the United States and Canada.

Why are there no releases currently planned for UK and Europe?

Bluefin Brands does not hold the rights to distribute items in the UK or Europe. They encourage fans in the UK and Europe to reach out to their local distributors to try and get the same items released there. (NOTE: We have reached out to the Bandai UK branch in hopes of getting more information and if/when we receive a response we will share it with you).

Why is xxxx S.H. Figuart not releasing in the United States?

Tamashii Nations and Bluefin Brands are two separate entities. Tamashii Nations produces a certain number of figures and allocates them accordingly. For the record – #TeamRider asks for quantities of EVERY. SINGLE. FIGURE. that is produced. Sometimes they get a yes, sometimes they get a no. Originally, they were told they were not getting S.H. Figuarts Kamen Rider Zero-One – and now he’s available for pre-order. They’re working on it.

Are you going to release the accessory items for the DX Belts?

At this time they are not in the plans – but they want to for sure. It goes hand in hand with the earlier comment about items in production. If Lock Seeds aren’t currently being produced they can’t necessarily get a run of Lock Seeds brought over to go with the DX Sengoku Driver. This is something they are looking at and working on but the short term answer is nothing right now. Stay tuned.

Please enjoy the full interview below! 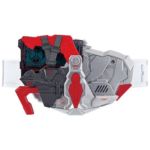 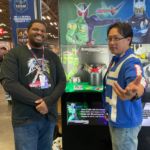