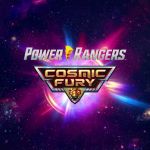 Hasbro has officially announced the 30th season of Power Rangers– which will be known as Power Rangers Cosmic Fury!

The current showrunner Simon Bennett will return again to helm the show. In addition, the Dino Fury Rangers will be returning- this makes the first proper cast carryover since the Mighty Morphin era!

Power Rangers Cosmic Fury will begin in 2023. Stay tuned to Tokunation for further news on this new chapter in Power Rangers history!