And the journey of new episodes for Kamen Rider Gaim has come to an end. The finale aired yesterday afternoon for residents in the Western Hemisphere, as it was airing early Sunday morning in the Eastern Hemisphere. And now that subtitles for the episodes are available, we Kamen Rider Gaim fans will have to settle for waiting until the summer movie is released, encoded, subtitled, and subsequently released. We have some awesome S.H. Figuarts and Arms Change figures coming out to tide us over till then, so expect those in the near future!

Today we’re going to look at cherries and peaches as we dive in to the history of Kamen Rider Sigurd and Kamen Rider Marika (or Malika depending on the translation you want to go with). One started as a shady wanna-be drug dealer, the other as an overzealous assistant to Professor Ryouma, and both shared the same fate in the end (but you’ll have to keep reading for that!).

So go ahead and click “Read More” to get your energy cherry and energy peach on! And don’t forget our previous celebration articles – Day One – Movie Riders, Day Two – The Nut Bros., and Day Three – Kamen Rider Duke! Enjoy the celebration! As always … SPOILERS AHEAD!!!!

Before all chaos erupted and the world nearly ended and people died, those crazy kids used to dance in the streets to keep the spirits of the people up as the city was more or less a giant facade for Yggdrasill. But stages came at a premium and a way for the dance teams to square off was to use Lock Seeds to summon Inves monsters to battle each other for control of the stage. And there was one man who everyone went to for their drug addiction … er … Lock Seed addiction – and his name was Sid the Lock Seed dealer. He was a shady guy who would appear in the local cafe and sell rare and powerful Lock Seeds to paying customers until, one day, he started giving out Sengoku Drivers… 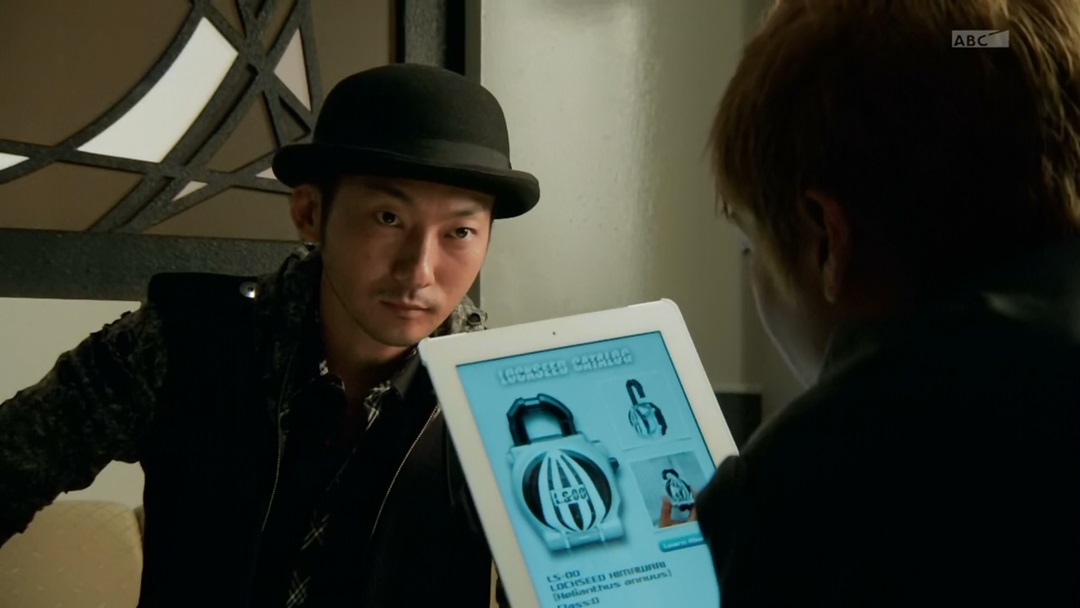 As the series progressed we discovered that Sid actually worked for Yggdrasill and was handing out the Sengoku Drivers at their behest. It was at that point that we, as viewers, began to realize that the entire Lock Seed thing was most likely a set-up by Yggdrasill for something bigger – and boy, were we right about that! The Beat Riders, as they began to be called by the populace (dancers who turned in to Kamen Riders), continued to find Sid to upgrade their Lock Seeds and get new toys. He was responsible for all the Armored Riders and their original Lock Seeds as well as the motorcycles. He also hated kids as we would come to learn. 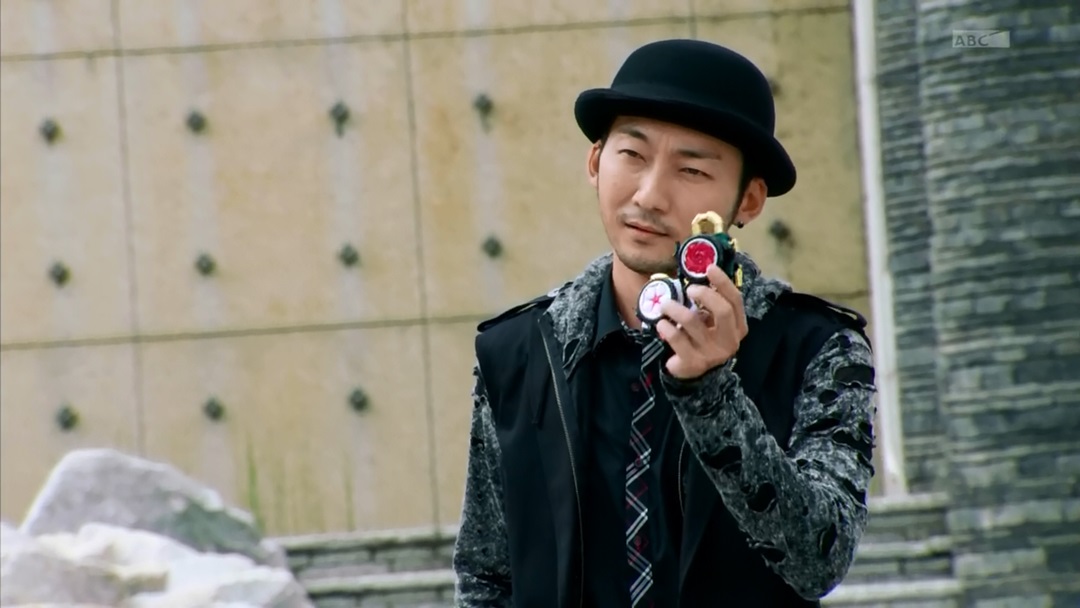 When Kouta and the others discovered that Yggdrasill was responsible for everything and confronted Sid about no longer being his lab rats, Sid packed up shop and headed off in to the shadows. But he would return and make himself known…

Sid would appear again but this time as a new Energy Rider known as Kamen Rider Sigurd. He would be responsible for killing Hase who had eaten a Helheim fruit and turned in to an Inves. This would set up a sort of rivalry between him and Kouta who was obviously upset that his friend had been killed so mercilessly. Sid would have another battle with Kouta but would eventually always fall to him as Kouta received not only his Jinba Arms upgrade but his Kachidoki upgrade as well. It is important to note that it is Sid who pushes Takatora off a cliff in Helheim Forest believing to have killed him. After that, Sid would then betray Professor Ryouma as well and set off on his own to obtain the Golden Fruit. 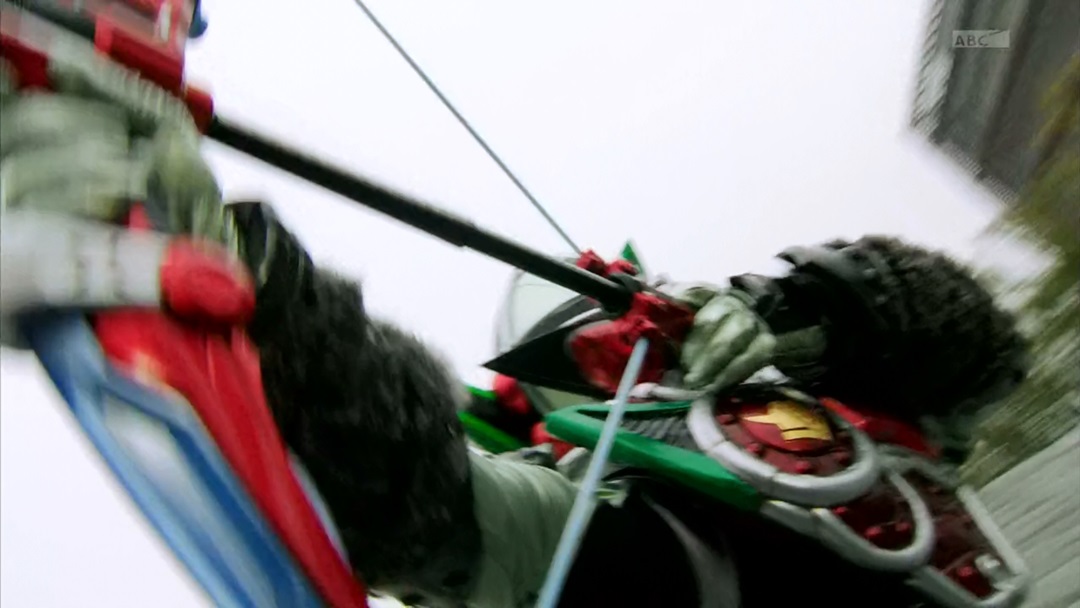 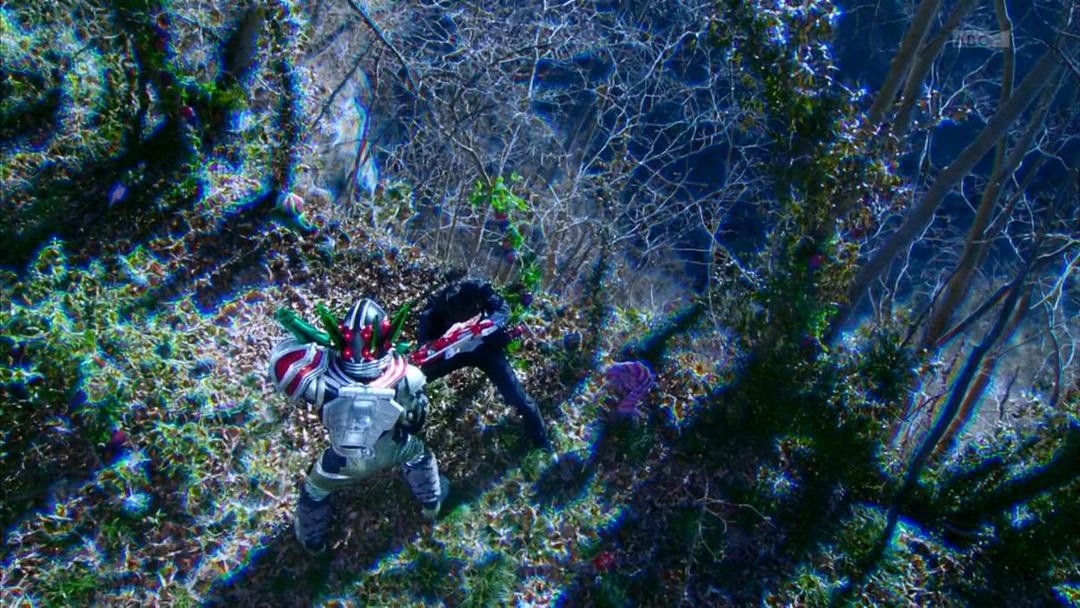 In the end, Sid would team up with Micchy to find the ultimate power of Helheim Forest. Manipulated by the Overlord Redue, Sid would approach the Overlord King Roshuo for the Golden Fruit. Sid would meet his end between a cliff that Roshuo sucked him in to and closed on him, leaving only his hat as remains. 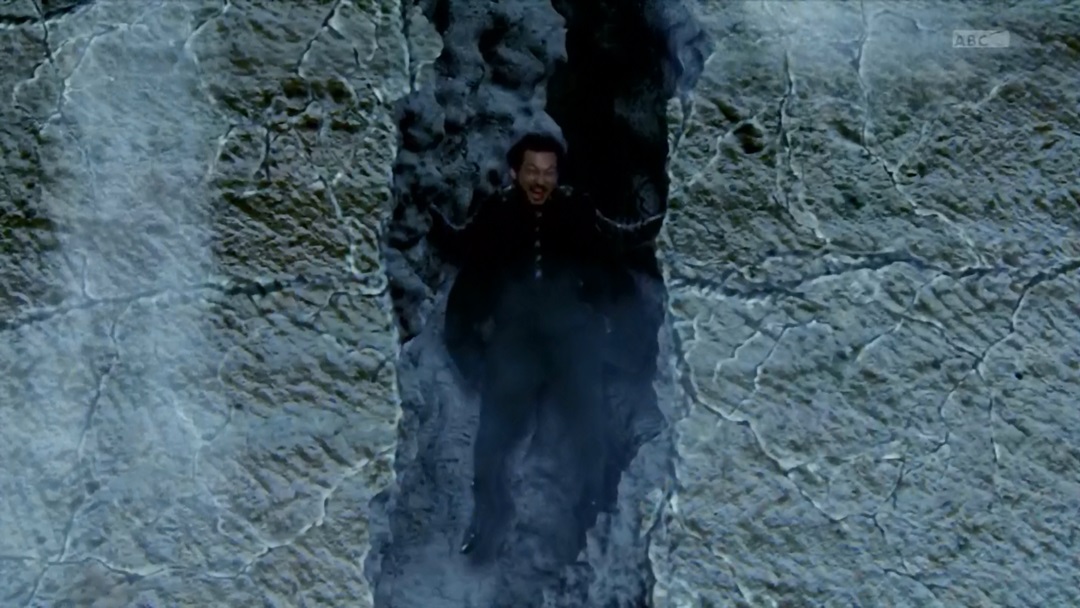 Sid played the role of both a mysterious unknown and eventually a traditional villain as he continually disobeyed orders from both Takatora and Professor Ryouma to further his own intentions. He knowingly gave Takatora‘s brother, Micchy, a Sengoku Driver knowing the fate it was sealing for the little brother of his boss. He became a villain the audience loved to hate as he continually played the role of a jerk with a dialogue to match. It’s safe to say he won’t be missed – except for the hat. Everyone loved the hat.

If one were to consider Sid as a dishonest betrayer, then Yoko Minato would be the polar opposite. Fiercely loyal to any individual that she felt was worthy of being a king, Minato frequently played the role of assistant to both Professor Ryouma as well as Kaito near the end of the series. When we first meet her she is the assistant to Professor Ryouma – a comparison is even made to her being a bodyguard which she doesn’t flatly deny. She kicks a lot of ass and can go toe to toe with any of the men in the series (and would often come away either the victor or in a tie). The only Armored Rider to best her in battle was Kamen Rider Gaim as all others either lost to her in battle or simply didn’t fight her. 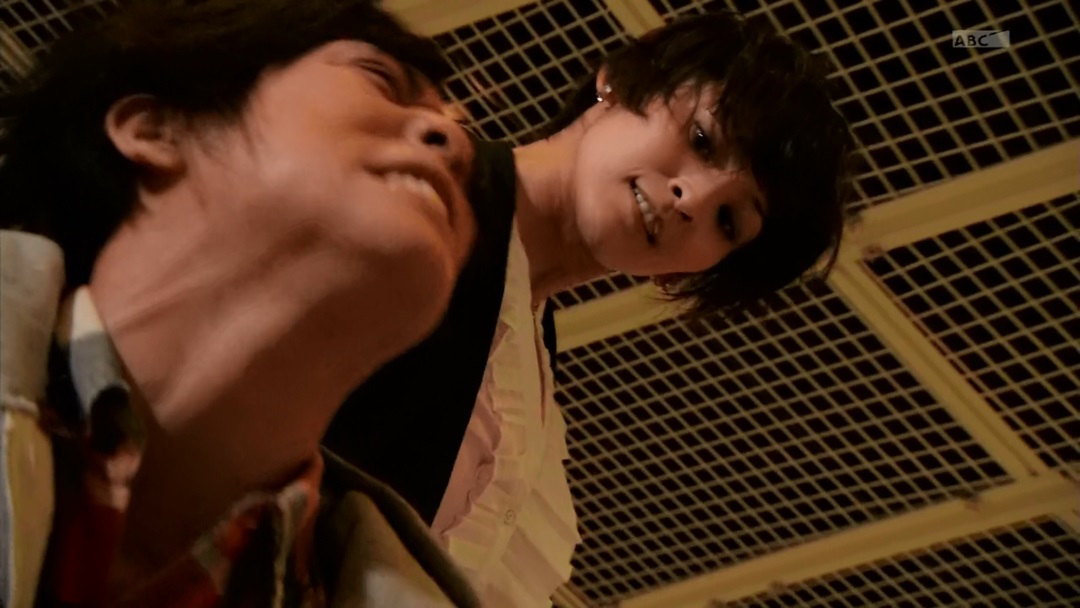 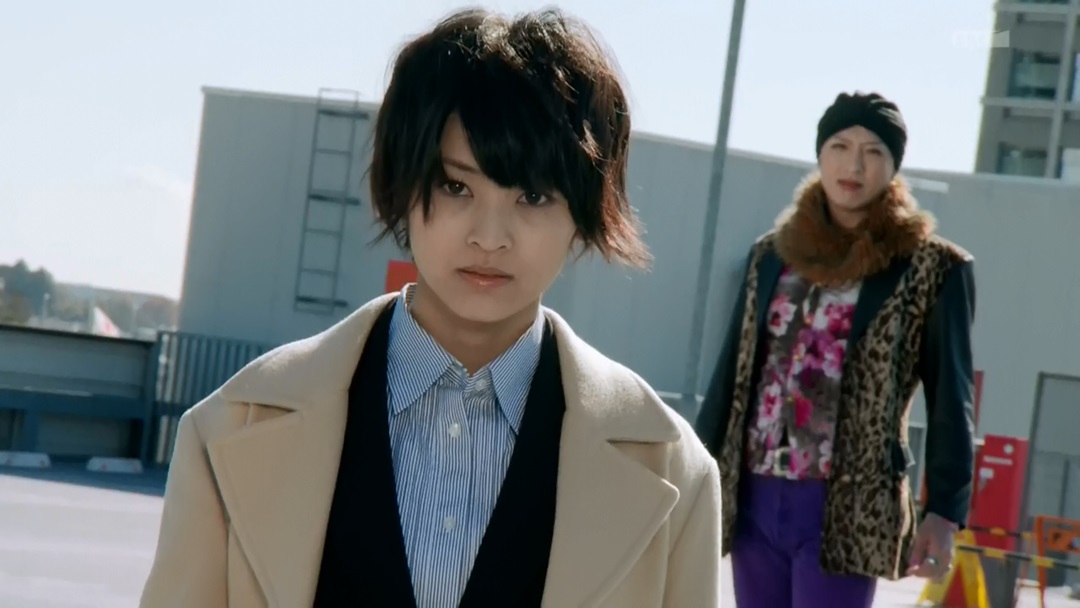 She begins to grow close to Kaito as she learns his intentions when it came to the Golden Fruit of Helheim Forest. She respected his attitude and told him numerous times that she doesn’t want the power for herself – she wants to be known as the “King Maker”, one who assists the one who is to become the new King of the World. When the Inves fully invade the Earth, Kamen Rider Duke abandons her to die so she joins forces with Kamen Rider Baron to help him become the new King. While she played a role in the apparent death of Takatora she would reconcile (to a point) their differences when it was revealed that Takatora was still alive. Her attention from that point forward was focused on helping Kaito succeed in retrieving the Golden Fruit. She became a valuable ally in the war against the Inves and in infiltrating Yggdrasill tower to stop Micchy and Redue from dooming the entire world. 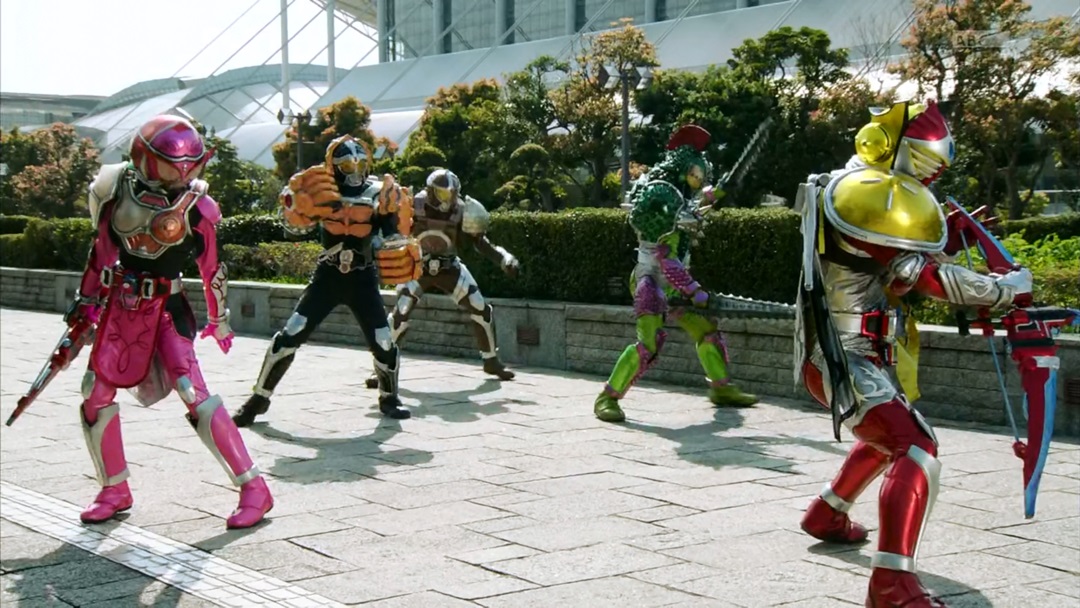 As she watched Kaito evolve in to Lord Baron and his “I will die no matter what, I will go on my terms” attitude, she apparently began to develop feelings for him. When Zack betrays Kaito in hopes of ending his attempt to destroy the world, Minato jumps in front of the blast as Kamen Rider Marika and is knocked off the building. The theory is that she lost her powers in mid-fall and hit the pavement in her civilian form which caused her to die. As she lay in Kaito‘s arms, she makes the comment that if it were not for Mai would he be willing to do everything he was for her? 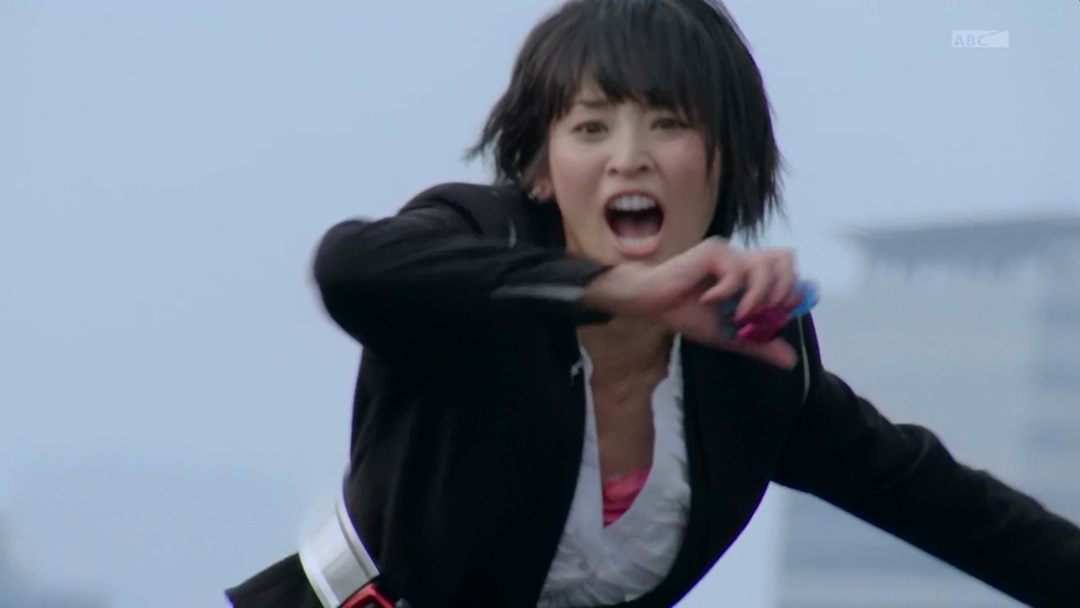 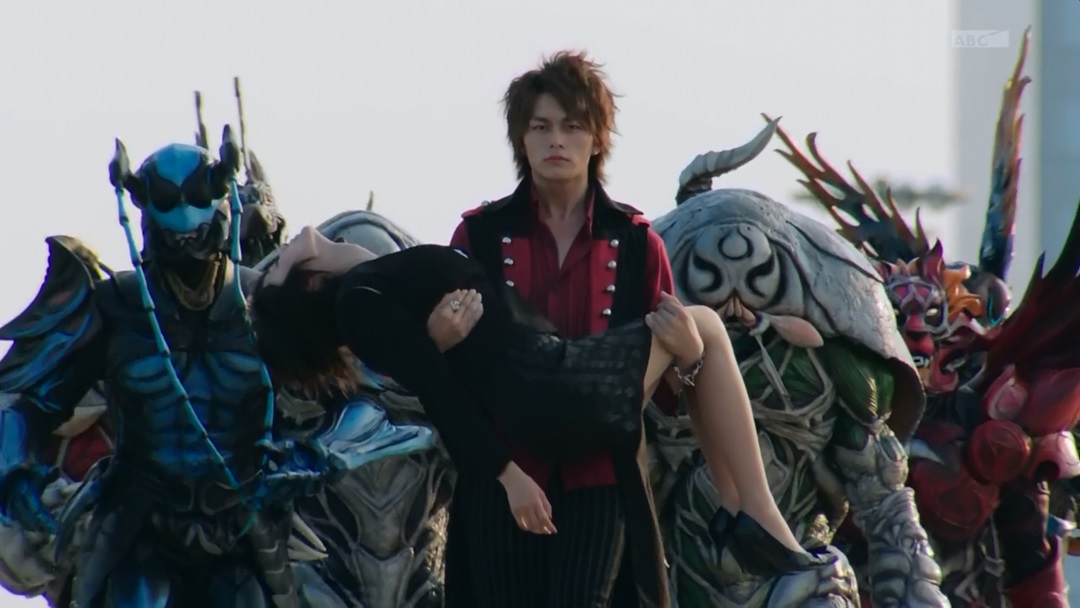 Minato started off the series and, for the most part, remained a badass. She could go toe to toe with anyone in either her civilian form or her Rider form and usually come out on top. Many were disappointed not in what happened to her in the end (her death) but how it happened. She was an incredibly strong female character in the series but in the end was regulated to dying for a man who didn’t feel the same towards her.

Both figures are getting a Premium Bandai release for their Arms Change figures – look for it in the next couple of weeks! You will have had to have a middle man or pre-order on an online store capable of ordering from Premium Bandai. There are currently no plans for a release of these figures in the S.H. Figuarts line (as there are a number of other forms for the main Riders to do first) but we wouldn’t be surprised to see something soon!

What are your thoughts on the Energy Rider henchmen? Did you hate Kamen Rider Sigurd or were you fond of his evil ways? And what about Kamen Rider Marika – was her death fitting for her character or did she get the short end of the stick at the end of the series? Join in the discussion and share your thoughts! Either way – two great characters and we will miss them!