He goes by many names. Kureshima. Takatora. White Armored Rider. Magnificent Melon. Nissan. TakaTrolla. But he will always be known as Kamen Rider Zangetsu and later as Kamen Rider Zangetsu Shin. And today, with our sixth day of celebrating our favorite Kamen Rider Gaim characters, we now dive deep in to the final group who many often referred to as the main cast of the show. So won’t you sit with us a spell as we discuss the Mighty Melon warrior?

The first time we see the White Armored Rider it is after we’ve seen Kamen Rider Gaim. His identity is not immediately known but we do learn in time that he is Kureshima Takatora, the Overseer of Yggdrasill and the man in charge of the entire Sengoku Driver and Lock Seed programs. His suit, Kamen Rider Zangetsu, was the prototype and first suit built around the Sengoku Driver system that harnesses the power of the Lock Seeds and created by Professor Ryouma (Kamen Rider Duke). More importantly (especially later in the series) he is the older brother of Kureshima Mitsuzane, also known as Micchy and Kamen Rider Ryugen.

When he first appears in the series it would appear that Kamen Rider Zangetsu is a villain – he easily hands Kamen Rider Gaim a defeat and later takes down every single Armored Rider on his own with little to no difficulty as they adventure through Helheim Forest. We learn over time that Helheim Forest is actually invading the Earth and that within a few years the entire population of Earth will be at risk by these Inves monsters. The Sengoku Driver and Lock Seed program was started as a prototype to then mass produce the same technology in order to distribute them to one billion people on Earth to save their lives. The rest of the population would be left to fend for themselves and would most likely die. While this seems like a horribly short-sighted decision it is important to note that Takatora did not have all the information (withheld from him by Professor Ryouma) and was simply trying to shoulder the burden of what was going to happen squarely on his shoulders. It was the idea of “save as many as I can” as opposed to trying to save everyone but having the possibility of failing. 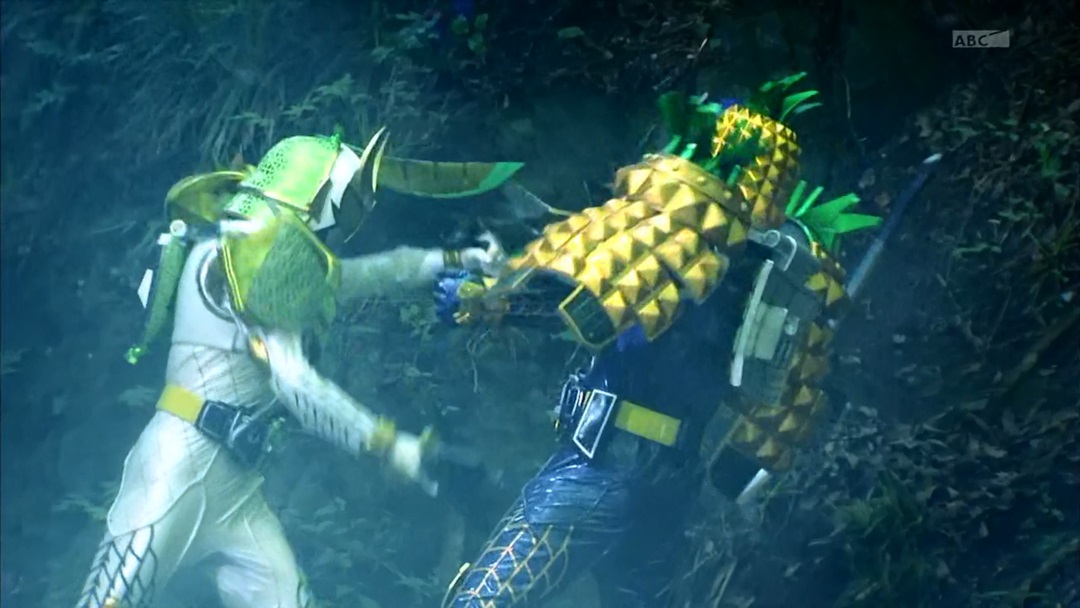 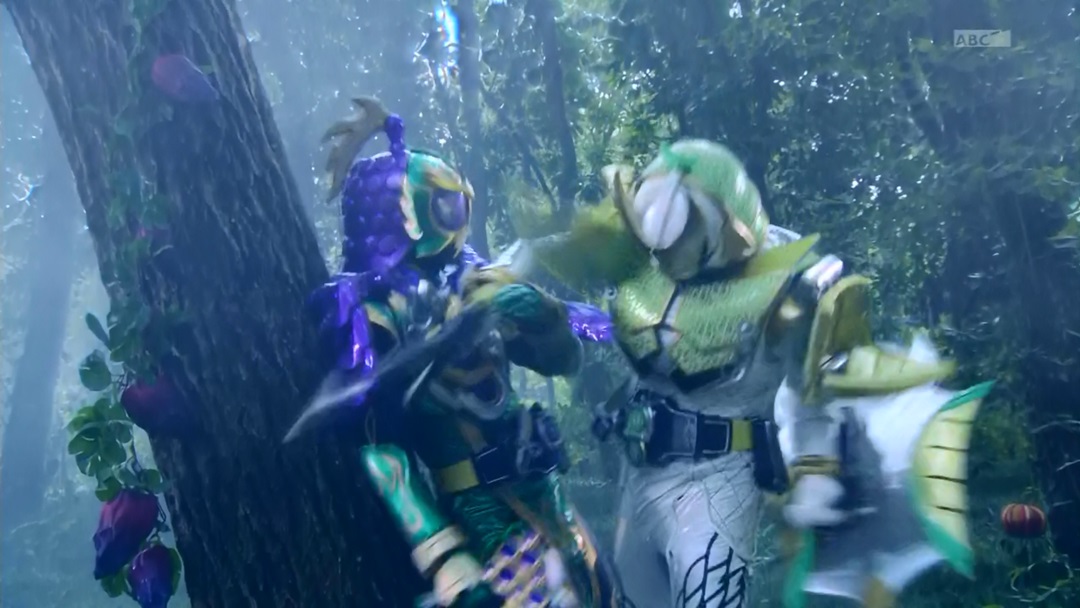 As Professor Ryouma furthered the technology, thanks in part to the observations of the Armored Riders, Takatora received the Genesis Driver and Melon Energy Lock Seed, a significant power up from his original form. It gave him the Sonic Arrow weapon and overall made him ten times stronger. Regardless of the upgrades that Kamen Rider Gaim received in future episodes he never seemed to be an equal match to the pure fighting capabilities of Takatora who had seemingly mastered the use of his suit and its powers. 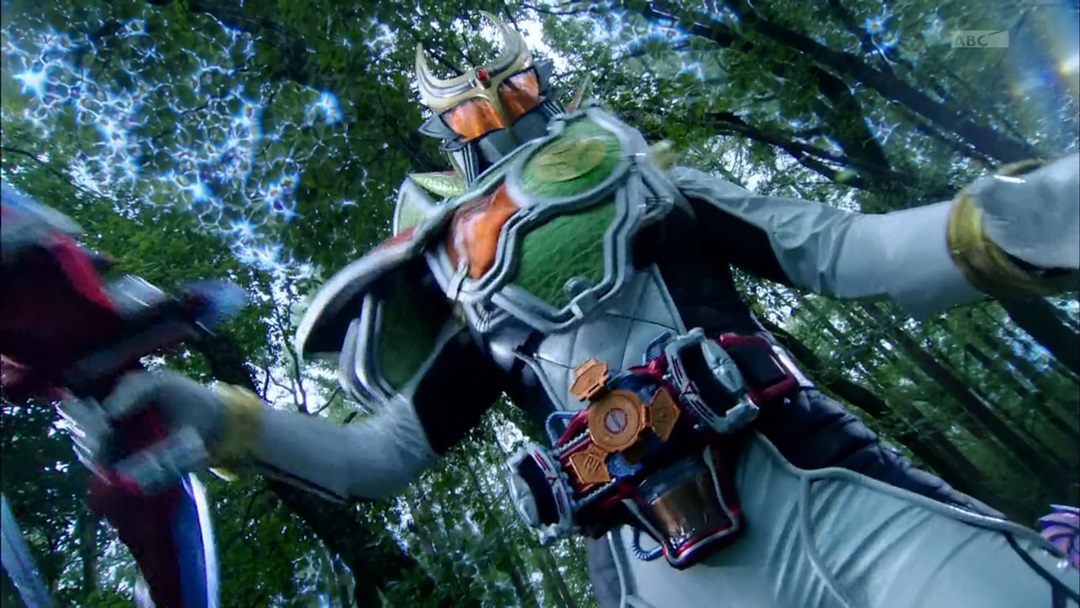 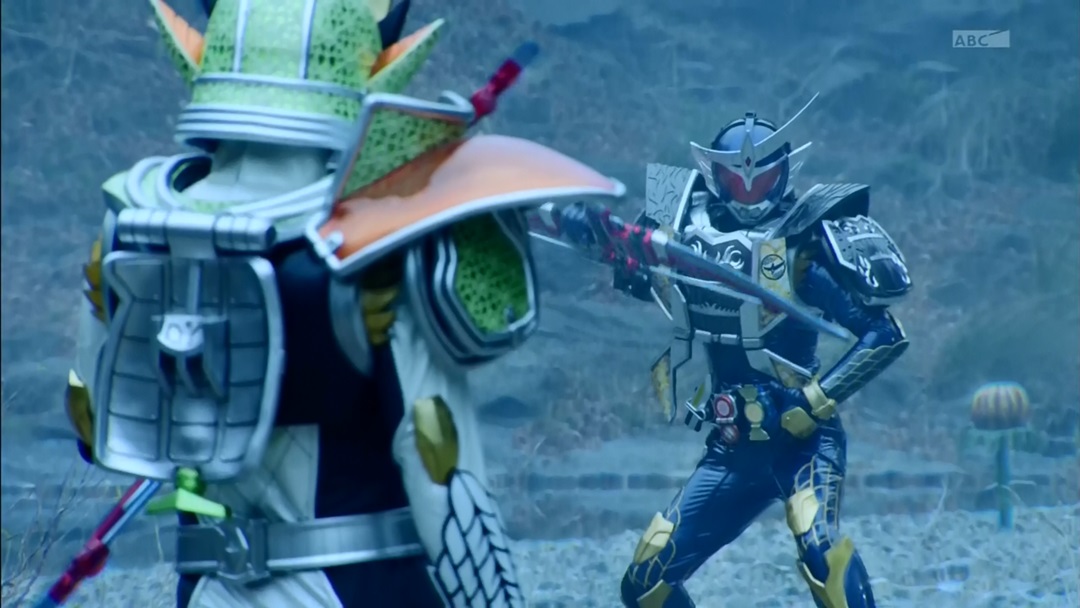 Once Takatora is made aware of the existence of the Overlords and the fact that there may be a way to save the world without having to sacrifice anyone, he calls off the harassment of Kamen Rider Gaim, claiming to the others that he is now an ally, and that all resources must be spent in figuring out a way to communicate with the Overlords as it is the first option that didn’t end in despair. Unfortunately, Professor Ryouma, Yoko Minato, and Sid had their own intentions regarding the forest (using their powers to become Gods of the new world that was coming), and to make matters worse, Micchy had grown to hate Kouta and felt his brother was being deceived.

We should note some of the relationship between Takatora and his younger brother Micchy. Early in the series we are shown glimpses of their relationship – one where Takatora is controlling of his younger brother’s future and current activities, wanting him to further his education and to ignore all distractions. When he discovers that Micchy is actually Kamen Rider Ryugen, Takatora seems saddened that his brother is involved and immediately brings him in to Yggdrasill and shows him all the information that they’ve gathered from Helheim Forest to convince him to join them. That ended up being his greatest mistake as Micchy saw this as an opportunity to surpass his brother and advance things to his discretion by manipulating all the people around Takatora. 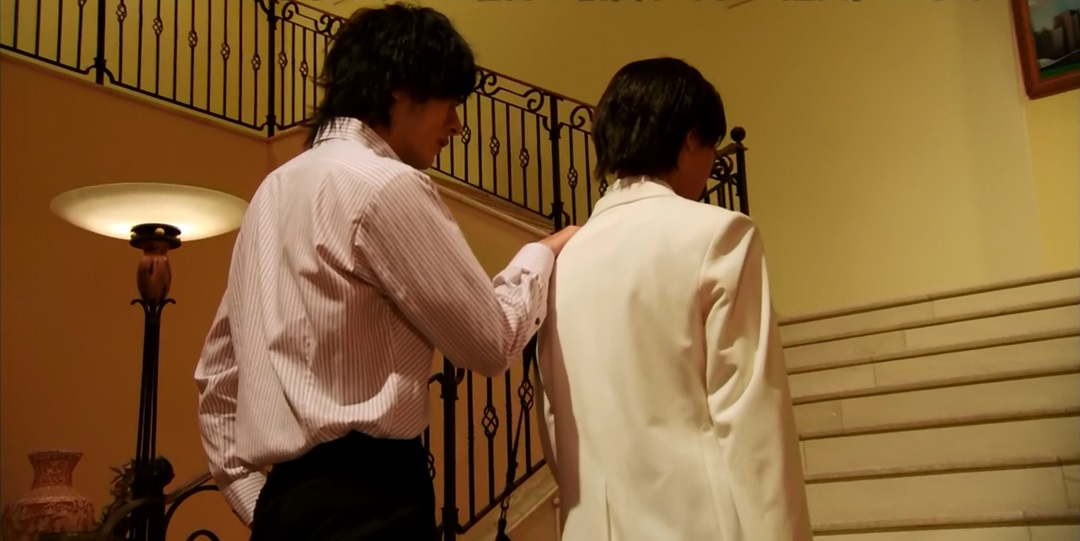 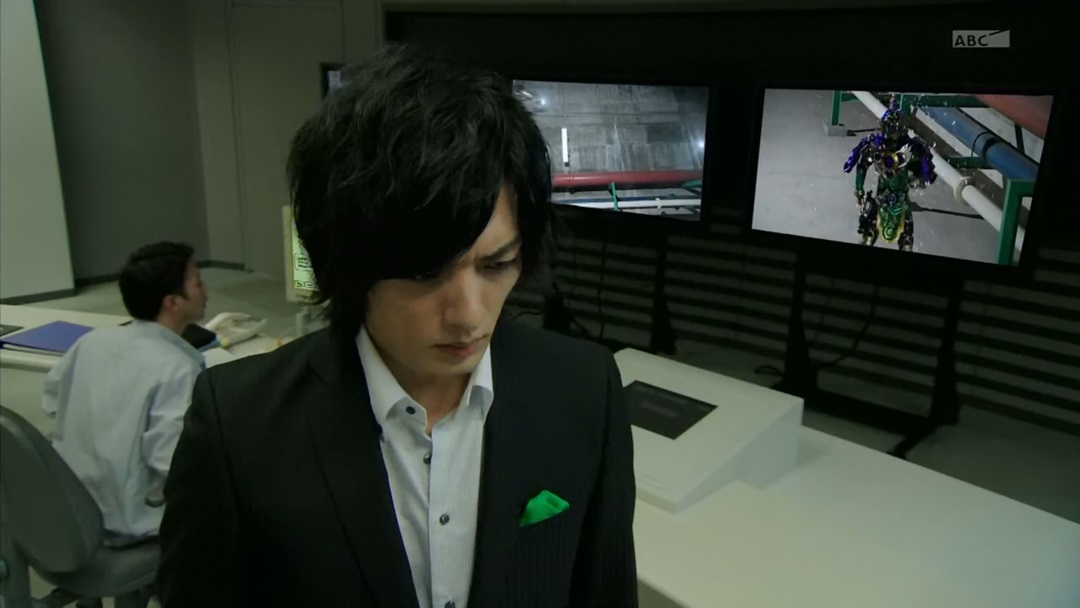 The relationship is therefore strained as Professor Ryouma and the others betray Takatora in Helheim Forest. They beat him in a fight and then, as he struggles not to fall off a cliff, witnesses his brother watching in the distance and calls out to him to join with Kouta and to save the world. Micchy takes this the wrong way, thanks in part to his blinding hatred for Kouta, and watches his brother fall to his death. He then takes his Genesis Driver and Lock Seed and becomes the new Kamen Rider Zangetsu Shin. With it he attacks Kamen Rider Gaim, who still believes it to be Takatora, causing Kouta plenty of mental strife as he struggled to understand why he was being betrayed after they had joined forces. 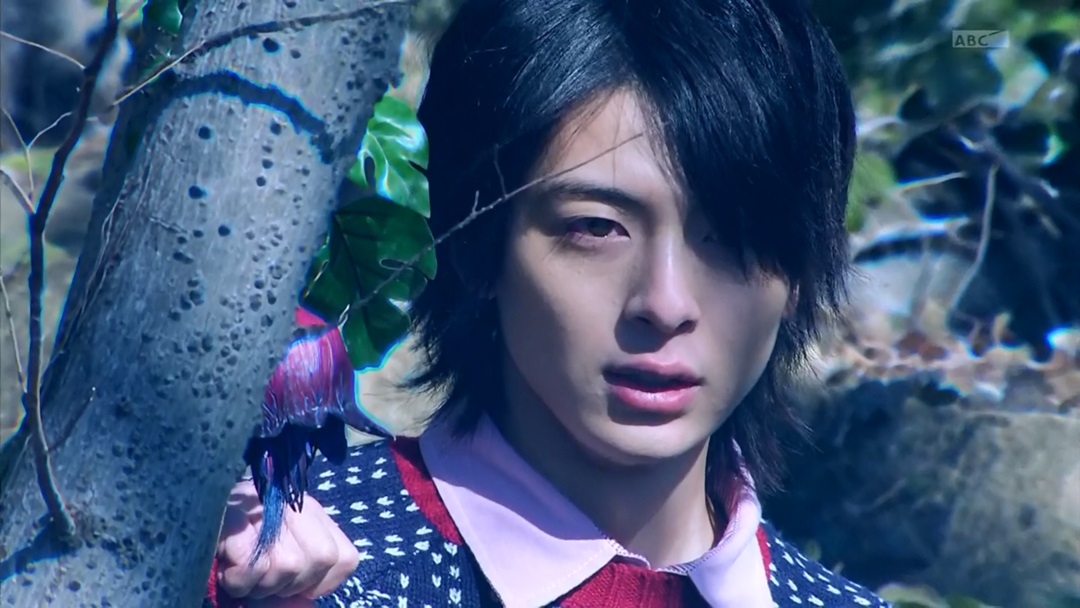 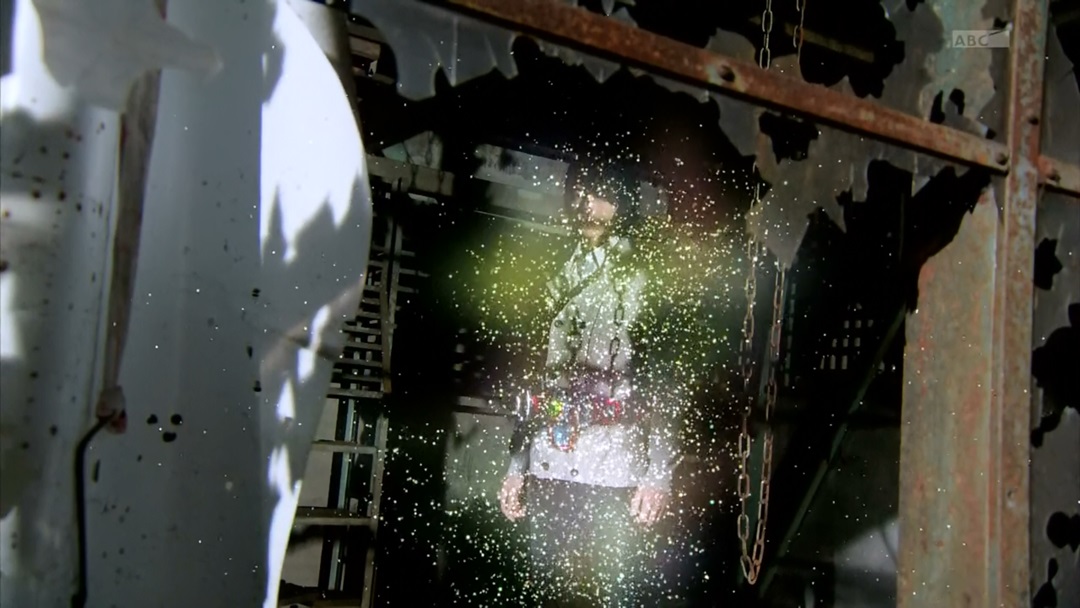 Takatora didn’t die – instead he was saved by the Overlord Roshuo, King of Helheim Forest and the chosen one who possessed the Golden Fruit. He is kept alive so Roshuo can observe him and see his reactions to the Earth being invaded. After the world powers attempt to nuke Japan out of the sky, Roshuo releases Takatora so that he can live among the others in his world and savor what little time his world has left before being consumed entirely. Takatora immediately reaches out to Kouta but instead witnesses Micchy reveal to Kouta that he’s been the one trying to kill him all this time and then transforms in to Kamen Rider Zangetsu Shin. As Micchy is about to finish Kouta off, Takatora rushes out in to the middle of the fight and startles his younger brother. Takatora is dismayed to see that Micchy is now working with the Overlord Redue. He feels that his younger brother’s turn to darkness is his own fault and that he must be the one to put a stop to it.

He retrieves his original Sengoku Driver and Melon Lock Seed and confronts Micchy. We then have one of the most anticipated fights in the entire series – Takatora as Kamen Rider Zangetsu against Micchy as Kamen Rider Zangetsu Shin. The battle is evenly matched but Takatora is able to best his brother thanks to his training and goes in for the killing blow but stops. The memory of him helping Micchy when he was a toddler entered his mind and he couldn’t bring himself to end his younger brother. Micchy didn’t have such reservations and quickly struck a blow to Takatora, destroying his Sengoku Driver and Lock Seed, the blow knocking Takatora in to the water as his suit fell apart. Micchy simply watched his brother disappear in to the water and would show no remorse going forward. 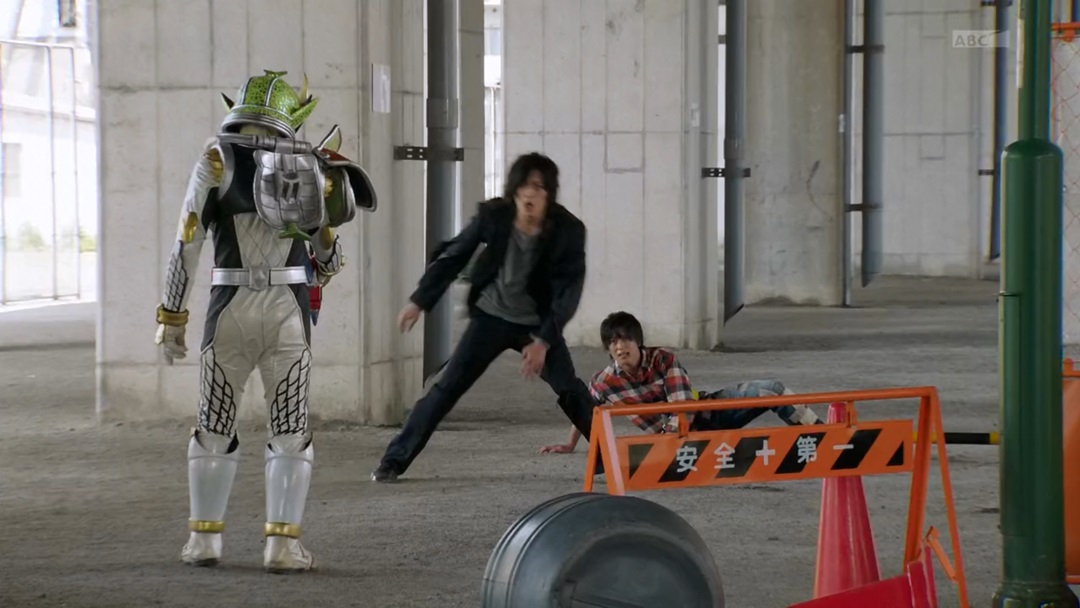 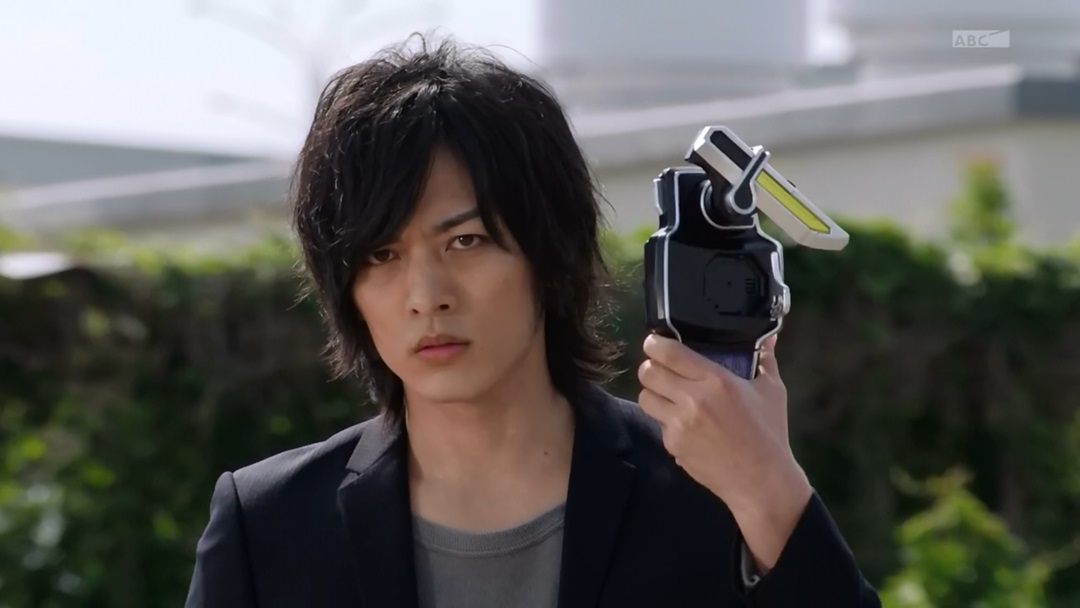 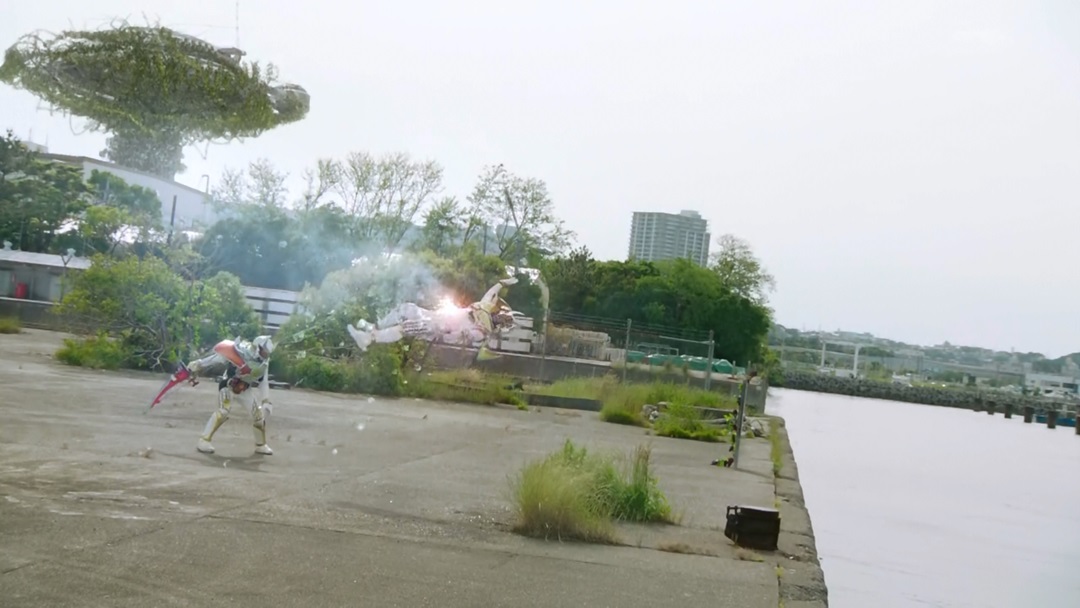 Takatora‘s fate is unknown for the rest of the series until the final two episodes. Instead of being alive and part of the battle, his image haunts Micchy‘s subconscious, calling his brother out on all his short-comings and continually “trolling” him in every single situation imaginable. While it was not Takatora, knowing that it was simply Micchy‘s battered and bruised mind creating this image added to his own character and kept Takatora fans happy. In the end of the series it is revealed that Takatora‘s body was picked up and he was brought to a hospital. He is said to have suffered serious injuries and serious brain trauma and that he may never wake from his coma. 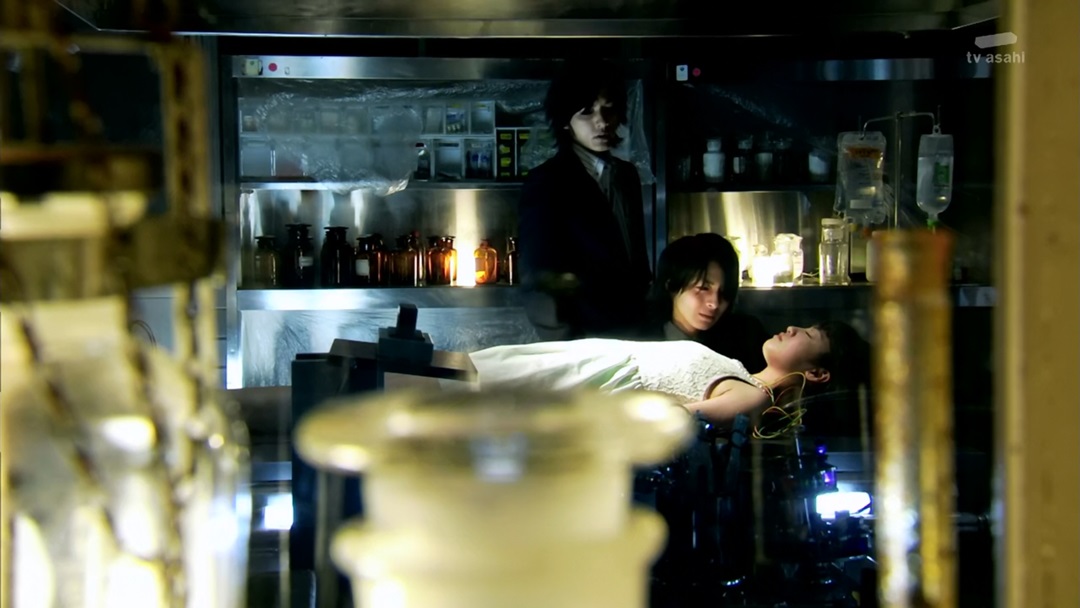 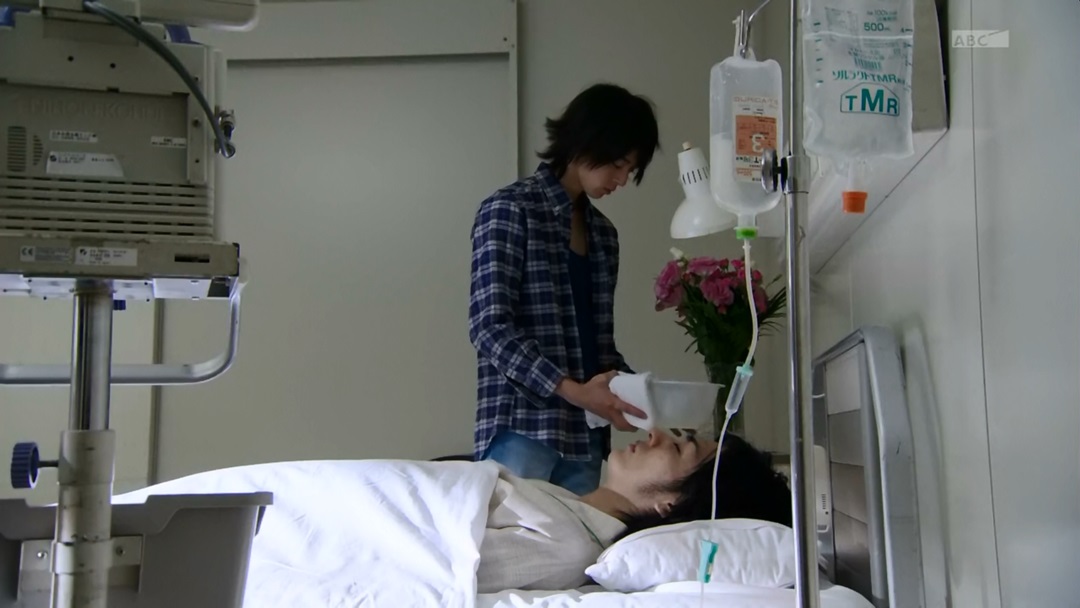 Ironically enough, Kouta, now as an Overlord and ruler of his own planet in a different galaxy, has the power to enter peoples’ dreams. He enters Takatora‘s mind and convinces him to wake up so that he can be there for Micchy and to forgive him. Takatora reveals that he still blames himself for everything, but in the end agrees, and wakes up to be with his brother. In the finale, Takatora is still working for Yggdrasill and is planning to travel to America (which is where all those nukes meant for Japan ended up going … ouch!). When Kamen Rider Jam appears, it is Takatora who grabs the last remaining mass production Sengoku Driver that is then stolen by Jonouchi and used as his own personal atonement for the fate of Hase. 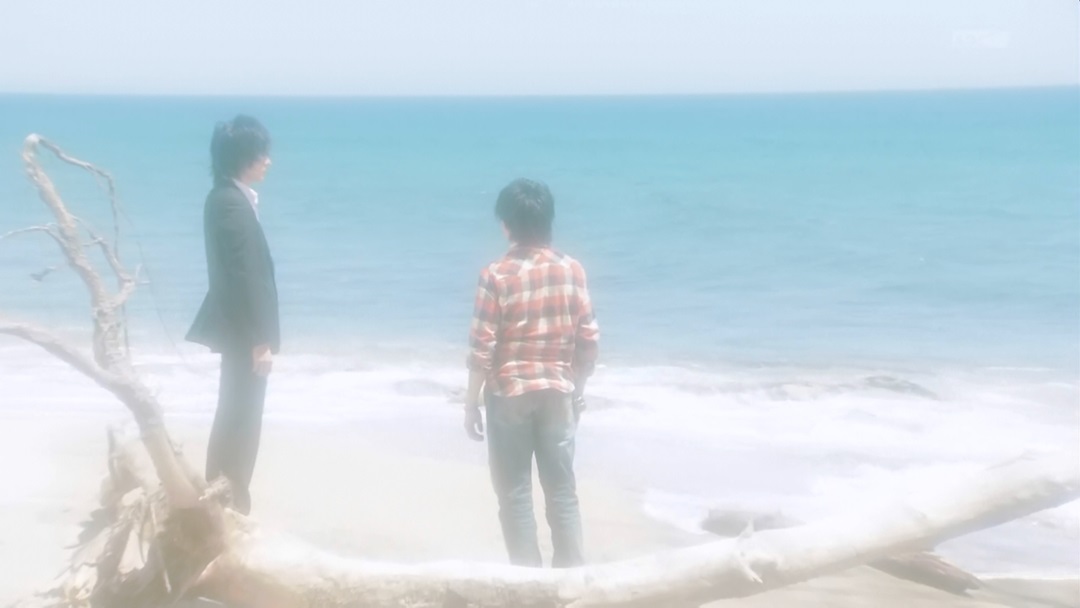 Takatora is a great character who seemed to change from villain to hero to villain back to hero so many times it was hard to keep up. To have his character be burdened with the knowledge of the end of the world and struggle to come up with the best option to save as many lives as possible really adds to the weight that the character had and how it is portrayed throughout the series. His battle against his brother was a highlight for many, many fans of the series as the original Kamen Rider Zangetsu suit was abandoned after episode 11 or so and not touched again until the fight in the 30’s, and then was never used again. 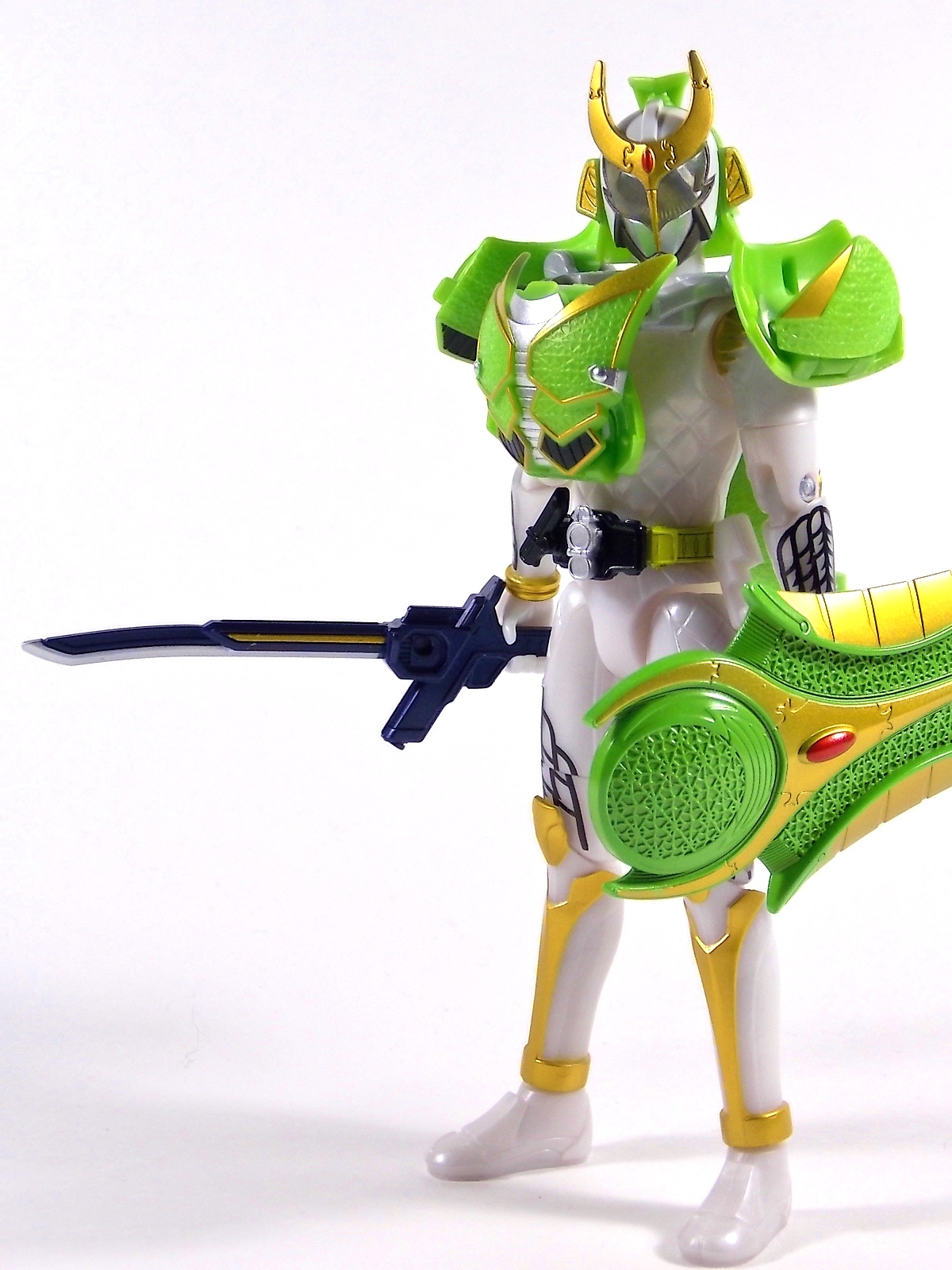 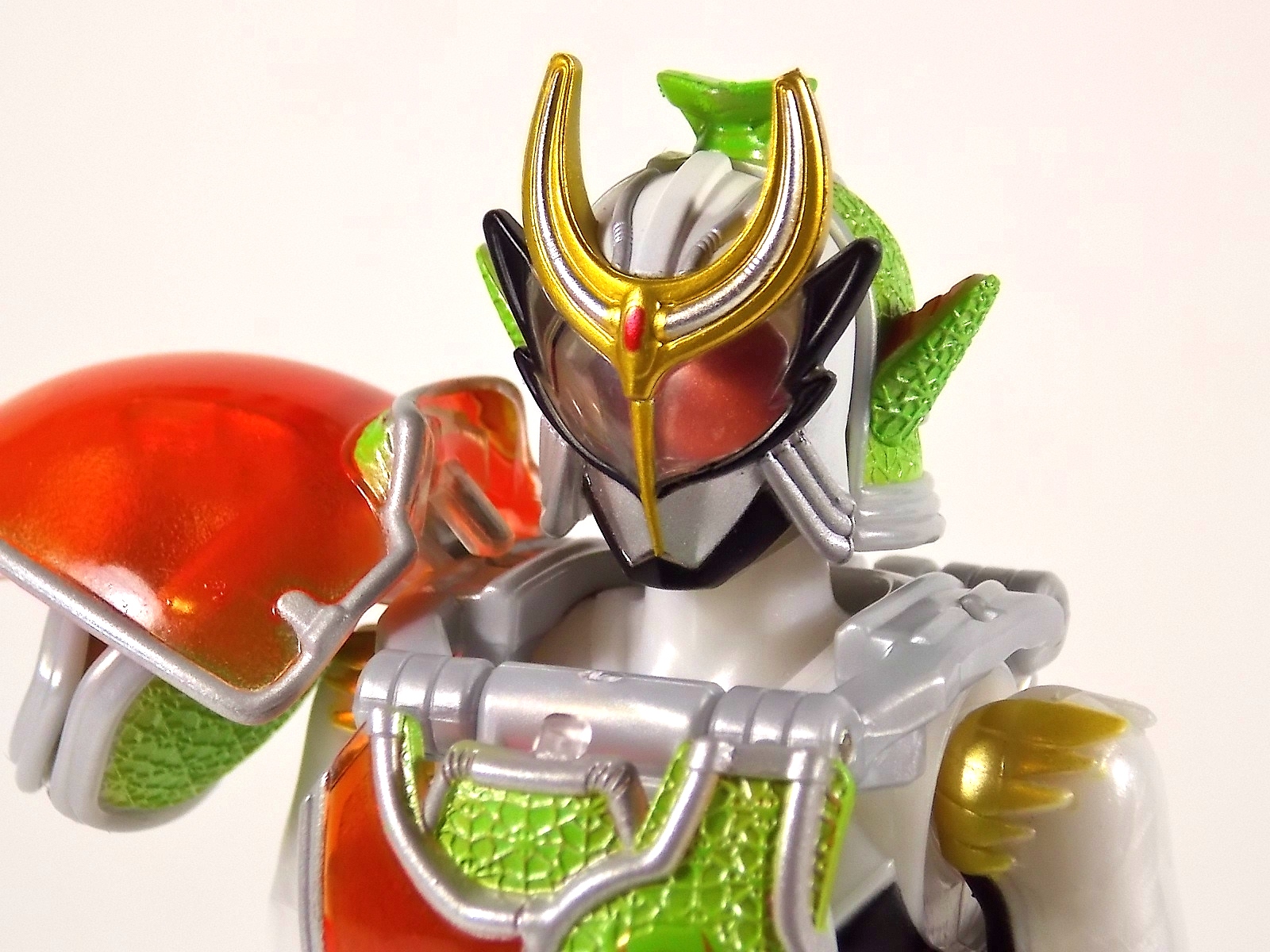 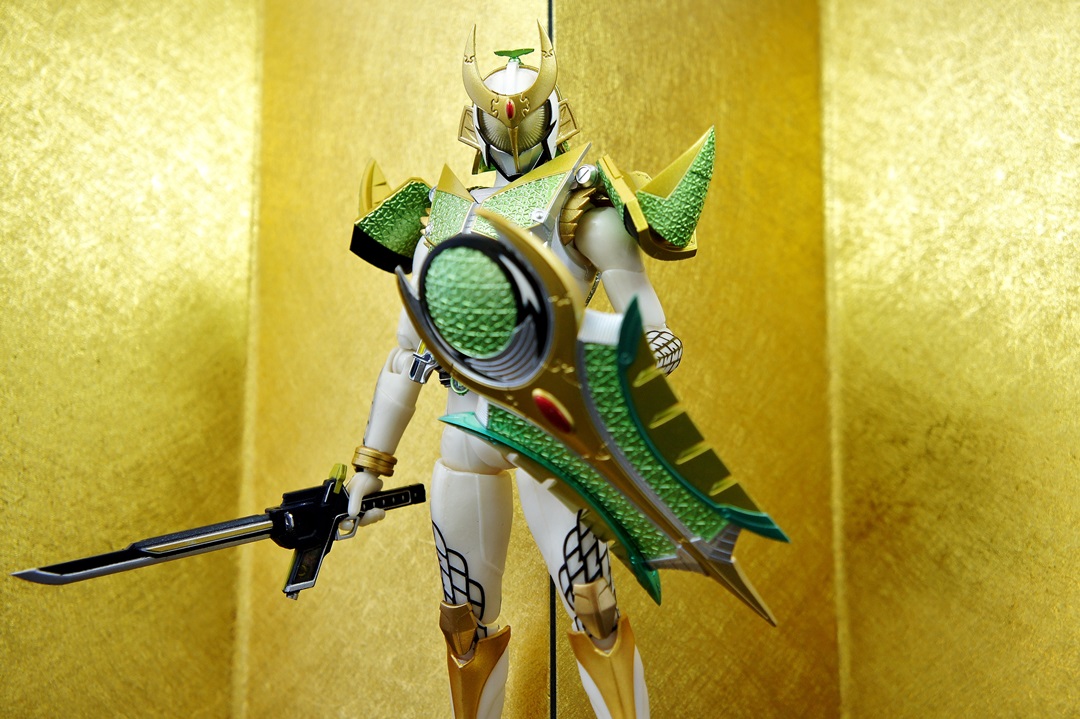 All screen shots taken by TokuNation.com using high definition video files from Aesir Subtitles. Check them out for all their great work with Kamen Rider Gaim!