It’s time for another sponsor update from BigBadToyStore.com – your #1 source for all your toku toys! Check out all their current pre-orders and new arrivals, toku-themed, listed below!

Don’t forget to check out the elusive “Pile of Loot” shipping method where you can order tons of toys, store them in your own personal warehouse, and then ship them altogether – saving you HUNDREDS of dollars!  For the best customer service around, visit BigBadToyStore.com today!

PREMIUM FORMAT SUPERGIRL
Born Kara Zor-El on the doomed planet Krypton, Superman’s long-lost cousin Supergirl shares his iconic ‘S’ emblem and all of his phenomenal superpowers. Still searching to find her identity on our home planet, the Girl of Steel takes flight in a 24″ tall gravity defying composition high above Earth’s atmosphere, with her perfectly tailored cape billowing out behind her.
$424.99 Preorder

OCULAR MAX RMX-01 JAGUAR
The Jaguar Premium Edition transforms from cassette to Jaguar and is 5.50 inches long in animal mode. This item also features a combination of plastic and die-cast parts.
$59.99 Preorder

WAR IN POCKET DOOMBRINGERS
The popular War in Pocket Doombringers pack introduces three repaints from the popular line. These tough little guys are about 4″ tall and are fully transformable between robot and vehicle modes.
$54.99 Preorder

FINDERS KEYPER STATUES
The Batman v Superman Finders Keypers will give you a really cool place to store your keys. These 10″ statues are plastic and feature a removable key chain that nests in the base. Ridiculously detailed, with exceptional attention to likeness and paint, it also watches over your keys!
$29.99 Preorder

POP! MARVEL
Fan favorites like the nefarious Doctor Octopus, incredible Spider-Gwen, the mysterious Captain Marvel, and the savage She-Hulk; as well as Classic Falcon and Doctor Strange are now part of the Marvel Pop! line! with the addition of Series 04. Nemesis Punisher dons face-paint and fatigues to show that he means business! This figure is a must-have for serious Marvel fans!
$9.99 Preorder

HYBRID METAL FIGURATION PREDALIEN
When a Facehugger infects a Predator, the resulting creature is a Predalien. A Predalien is much larger and stronger than a regular adult alien, walks upright; has mandibles and dreadlocks and a really large and strong tail. This Predalien figure comes with Alien eggs, a stand, and a sticker and features an inner jaw that can be activated at the press of a button.
$89.99 Preorder

NEW CAPCOM ITEMS
We have just listed some cool new Capcom items this week including the Street Fighter LED resin statues of Ryu and Evil Ryu that feature light up effects for $124.99 each and the Mega Man Mini Helmet Five Pack that includes a display stand for each helmet for $49.99.
Preorder

GAME OF THRONES STEINS
These steins feature the house sigil of Baratheon, Stark, Targaryen, or Lannister, stand an impressive 9″ tall and can hold up to 22oz. of any beverage. Crafted in the highest quality ceramic with painstaking attention to detail, the innovative design features a hinged lid with genuine pewter thumb lid.
$54.99 Preorder

1/144 HG GUNDAM KIMARIS TROOPER
This 1/144 scale model kit is a form of the Gundam Kimaris with equipment for atmospheric use from “Gundam Iron-Blooded Orphans.” Kimaris features a large lance with and a shield with hidden saber, and ability to transform into a highly mobile “Trooper Form.” Stand included!
$15.99 Preorder

1/8 SCALE SILICA BEACH FIGURE
Even beast tamers need some down time. This 8.25 inch figure of Silica depicts her having some fun at the beach with her dragon Pina.
$139.99 Preorder

MARVEL AND DC BLEAHER CREATURES
Bring some of the bravest heroes and greatest villains of the Marvel and DC universe into your home or office with these 10 inch plush. Featuring characters from the comics as well as television and film you can find favorites like Beast Boy and Raven from Teen Titans Go!; Spider-Gwen, She-Hulk and Ms. Marvel from the comics; Supergirl, Zoom, and Daredevil from television; and Black Panther, Falcon and Captain America from the upcoming Civil War movie.
$19.99 Preorder

MARVEL PREMIUM MOTION CAPTAIN AMERICA RIDES
Inspired by the opening scenes in The Age of Ultron, where the Avengers assault the Sokovian HYDRA base, this premium motion statue is an original composition that features a hidden central mounting simulating the bike rearing up onto its back tire, making a heroic leap into action. Crafted in heavyweight polystone and hand painted it stands 15” high and features an integral shield design display stand. ‘Captain America Rides’ is a numbered, limited edition and is supplied in full color presentation box with a certificate of authenticity.
$249.99 Preorder

DREDD 3D 1/4 SCALE JUDGE DREDD
If there is one lawman keeping Mega-City One in order, it’s Joseph Dredd. Standing upon a rooftop with machine gun in hand this incredibly detailed collectible features Judge Dredd from the film ‘Dredd 3D’, and was painstakingly researched for accuracy.
$439.99 Preorder

FANTASY FIGURE GALLERY WINANNA THE HUNTER
A bounty hunter/thief Winanna the Hunter hates the city life, so one day she leaves it and starts her own adventure with her side kick Dhamgi the Giant. This 1/6 Scale Winanna The Hunter is from an original storyline, “Heletha and the Valets” by Shin Tanabe and beautifully sculpted by him as well.
$209.99 Preorder

DRAGON QUEST 1/6 SCALE DAI FIGURE
Dai from Dragon Quest is back again from the golden age of anime and manga to give you a jaw dropping experience by owning this true piece of art. This 1/6 scale Dai figure is made from eco-friendly polyresin and is completely hand painted with premium colors. This product will come in full color packaging protected with polystyrene foam and will include an exclusive edition authenticity card numbered from 1 to 100.
$499.99 Preorder

NJ CROCE BENDABLE FIGURES
We have just listed a few more 5 inch scale bendable figures from The New Batman Adventures including Two-Face, Nightwing, and a Masked Heroes Box Set; a 14 inch Batmobile that comes with Batman and Robin from Batman The Animated Series; Supergirl from Superman the Animated Series; and a Giant 8 inch New 52 Batman.
Preorder

SCOOBY-DOO DORBZ
Zoinks! Scooby-Doo is coming to Dorbz! When there’s a spooky mystery afoot, Fred, Daphne, Velma, Shaggy and his pal Scooby-Doo are on the case! Just make sure they don’t split up so they can catch Werewolf and the Witch Doctor in the act! Jenkies! Don’t forget the Mystery Machine Dorbz Ridez too!
Preorder
ORIGINAL EFFECT MOMO SERIES
The MoMo series figures are 1/6 scale or roughly 8 inches tall and feature modular parts. Figures typically come with extra hands and some accessories and are highly articulated for ultimate poseability. The Juggler Clematis 04 and Experimental ZWEI are the latest figures to join the lineup.
$69.99 Preorder

VINCENT PRICE AS EGGHEAD MAQUETTE
Sideshow and Tweeterhead are pleased to present the Egghead Maquette. Batman’s pun-prone foe dons his egg-white suit with a yolk-yellow shirt. A technological genius, Egghead is seen holding a radar egg and is poised with a mischievous grin.
$249.99 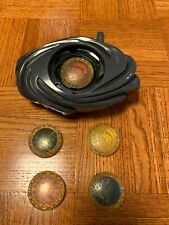