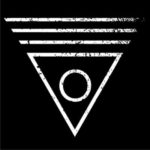 If you’re involved in social media at all then over the last few days you’ve probably seen some of your former Power Rangers alumni tweeting out cryptic messages and videos about something called “The Order“. So what is The Order? Honestly – we don’t know, and those who do aren’t speaking about it!

But we have received three cryptic messages – an image of two people standing together with the message “Legends aren’t born, they’re forged”. The second, a quick video (shown below) of people suited up rushing out of a vehicle with the message, “Do we have your attention yet?”

And then today, the following message “Wait for it” with the date 05-19-2016 revealed. That video is also below.

So who do we know is involved? It’s a pretty extensive list. The following list are former (and one current) Power Rangers actors that have either changed their social media to the image in this news story or have been re-tweeting or sharing the videos on Instagram and Facebook.

Are you looking forward to the reveal of what The Order is? Join in the speculation in our discussion thread! We’ll have the answer (we believe) on May 19th.