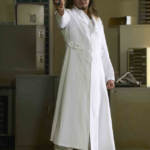 The villain for the upcoming Kamen Rider Movie War has been revealed!

Tanahashi is a seven-time heavyweight champion for the New Japan Pro Wrestling group, and previously made his tokusatsu acting debut in the Garo: Ashura special playing the titular Golden Knight.

In this new film, Tanahashi will portray the Robol Bugster, who has control over a previously-unknown device called the Proto Gekitotsu Robots Gashat.

Kamen Rider Heisei Generations will be released in theaters on December 10, 2016!