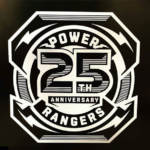 If you’re a follower of our site and social media then this news post will not offer anything new or exciting for you. However, if you’re new to the site or you happened on this page by accident we have some great news to tickle your nostalgia bone – the Power Rangers officially turn 25 years old TOMORROW, August 28th!

Starting at 12:00am on Tuesday morning, it will officially be #PowerRangersDay! Celebrate on social media everything you know and love about Power Rangers with #RangerNation!

The next two days are HUGE for the Power Rangers brand. On Tuesday at 8pm EST, Power Rangers Super Ninja Steel will make an incredibly rare primetime airing to showcase an episode that will celebrate 25 years of the Power Rangers television show in “Dimensions in Danger“, featuring the return of Jason David Frank as Tommy the Mighty Morphin Green Ranger, as well as other Legendary Rangers, for an epic team-up episode.

On Wednesday, August 29th, arguably the biggest comic book story of the year will finally wrap up with the release of Mighty Morphin Power Rangers Shattered Grid #1. For two years Kyle Higgins has scripted a story that all leads up to this epic conclusion of the Power Rangers’ greatest enemy – Lord Drakkon, the evil alternate reality version of Tommy – with the fate of all of existence at stake! Will the Power Rangers be successful at stopping Lord Drakkon or will evil triumph and destroy reality as we know it?

Join us as we live tweet the 25th Anniversary Special episode on Tuesday, and join us for a spoiler-filled review and celebration of the Mighty Morphin Power Rangers Shattered Grid #1 issue on Wednesday. But most of all – enjoy being a Power Rangers fan because it is guaranteed to be a MORPHINOMINAL time! Go Go Power Rangers!!