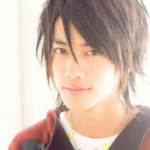 The last cinematic Kamen Rider project of the Heisei Era– Kamen Rider Heisei Generations FOREVER hits theaters this weekend and the good people at Toei have apparently decided to end things with a bang!

Two Heisei-Rider veterans have made their long-awaited return in this special crossover:

*Takeru Satoh who previously played the titular hero of Ryotaro Nogami/Kamen Rider Den-O has returned! This is Satoh’s first role in tokusatsu since leaving the role of Den-O in 2008, and many fans thought his reprisal would be unlikely due to the actors’ busy schedule.

*Not to be outdone, actor Toshiki Kashu (who portrayed /Shouichi Tsugami/Kamen Rider Agito) also announced his participation in Heisei Generations Forever! This tidbit was revealed via an image on the actors’ Instagram featuring a recording booth- causing some to speculate this particular return may be voice only.

Feel free to join in our Heisei Generations Forever Discussion Thread to share your thoughts about these remarkable returns!