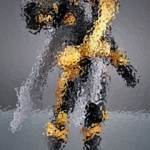 Bandai’s Zi-O Watcher candy toy blog was recently updated with an in-depth look at the upcoming SODO Zi-O RIDE5 set. Specifically, the Gaim and Decade armors were both featured heavily and in great detail. At the end of the post, an image was posted teasing what appears to be the big bad himself: Oma Zi-O.

It doesn’t seem likely that Oma-Zi-O will be included with SODO Ride 5 as we already know the set will contain the Gaim, Decade and Wizard Armor Times in addition to blank Zi-O and Geiz bodies to use with them.

Oma Zi-O is likely going to be included in whatever next set comes out. Either way, we’ll know more about this figure at the next update at the end of the month.