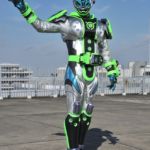 New information regarding the future of Kamen Rider Zi-O toys has surfaced. A post from Cranejoe himself suggests that Zi-O and Woz could be due for future upgrades and additional powers.

The post from Crane Joe suggests that we’ll be getting two new Ride Watches in the future: The DX Woz Ginga Miraide Watch and the DX Grand Zi-O Ride Watch. The former will be released in June, and the latter in May both retailing for 3,200 yen.

Keep in mind that the scans themselves have yet to drop, but CraneJoe has been accurate in the past so we have reason to believe that this listing could be true. Still, until the official toy catalog gets scanned so do take this posting with a grain of salt.