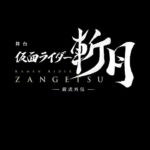 The Kamen Rider Zangetsu Stage Play opened up in Japan last week on March 9th, and if you aren’t able to fly to Japan between then and March 31st 2019 to go see it then we have some very good news for you; as you may have already guessed from the title, the Zangetsu Stage Play will, in fact, be getting a home theater release in the near future.

Both the Blu-Ray release and DVD are currently up for pre-order on Amazon Japan as of the time of this writing. The DVD will retail for 6,261 yen while the Blu-Ray will retail for 8,669 yen and will also include the DX Kamen Rider Zangetsu Kachidoki Arms Ride Watch.