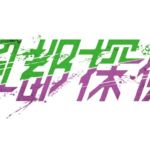 The manga series Futo Detectives will be receiving an anime adaptation, with series producer Hideaki Tsukada returning to helm the project.

Kamen Rider W: Futo Detectives will be released in 2022. Stay tuned to TokuNation for further details on this exciting new chapter in Kamen Rider history!