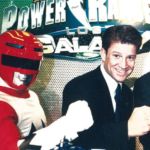 On Tuesday, October 12th 2021 it was shared via Hasbro that Brian Goldner, CEO of Hasbro from 2008-2021, had passed away after his battle with prostate cancer.  Just days prior, Brian Goldner had stepped down from his role of CEO to take an indefinite medical leave.  The heavy reality of it all is finally sinking in.

Please watch the video below as we remember Brian Goldner, the late CEO of Hasbro.