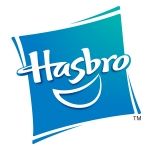 Following the tragic passing of former Hasbro CEO Brian Goldner, yesterday Hasbro appointed Chris Cocks as the new CEO of the Rhode Island-based company.  Chris Cocks is notably the former president of Wizards of the Coast (Magic the Gathering) and the Digital Gaming Division, both of which have grown substantially over the years.

Cocks to Succeed Interim CEO & Board Member, Rich Stoddart, and Join Board of Directors; Stoddart to Become Chair of the Board

PAWTUCKET, R.I.–(BUSINESS WIRE)–Jan. 5, 2022– Hasbro, Inc. (NASDAQ: HAS) today announced that its Board of Directors has appointed Chris Cocks as Chief Executive Officer and member of the Board of Directors, effective February 25, 2022. Mr. Cocks currently serves as President and Chief Operating Officer of Hasbro’s Wizards of the Coast and Digital Gaming division, a global leader in tabletop and digital gaming. He will succeed Interim CEO, Rich Stoddart, who was appointed following the October passing of Hasbro’s longtime CEO Brian Goldner. Mr. Stoddart, who has served as a Hasbro independent director since 2014, will become Chair of the Board, effective February 25, 2022.

Tracy Leinbach, current Chair of the Board, said: “Chris’s appointment marks the culmination of an extensive and thoughtful candidate review and selection process led by the Board. In Chris, we have chosen a leader uniquely positioned to execute and evolve Hasbro’s Brand Blueprint strategy while continuing to generate growth and deliver strong shareholder returns. Chris’s extensive omni-channel experience and proven track record make him the ideal leader for Hasbro as it continues to become the world’s leading play and entertainment company. On behalf of the Board, we thank Rich for serving as Interim CEO during a difficult time for the Hasbro family and are delighted he will serve as Chair of our Board.”

Mr. Stoddart said: “Having known Chris for years and working more closely with him these last several months, I have no doubt that he will be an extraordinary leader for the next phase of Hasbro’s journey. A storyteller and gamer at heart, Chris innately understands how to create and nurture brands to drive fan and consumer connection across channels. He is a highly strategic leader, with the vision, skills and experience to unlock our Brand Blueprint for supercharged growth.”

Mr. Cocks said: “Hasbro has amazing brands, gifted storytellers and unique entertainment assets, and I am humbled to step into the position of CEO at this important time and to build on the strong foundation Brian created. Our consumer products, gaming and entertainment teams are the best and most creative in the business and have shown such incredible resilience. I look forward to working with our highly-experienced senior management team as we continue to reimagine play and entertainment and deliver experiences to families and fans, of all ages, around the world.”

During his 14 years at Microsoft, Mr. Cocks led a global sales and technical engagement team as Vice President, OEM Technical Sales and served in product management and marketing leadership positions at MSN and Xbox Games, where he worked on hit franchises like HALO and FABLE.

The Company expects to name a new president for Wizards of the Coast in the coming weeks.

Mr. Stoddart continued: “Eric has been a valued member of the Hasbro team for more than 18 years, inspiring our people, and driving consumer-focused innovation across our iconic brand portfolio. The Company will benefit from his vast knowledge, creativity and leadership as he takes on this new, expanded role on our senior management team.”

Mr. Nyman, who joined Hasbro in 2003, currently serves as Chief Consumer Officer and Chief Operating Officer of Hasbro Consumer Products. In this role, he leads the Hasbro Consumer Products business unit, including oversight for operations and partner relationships, Hasbro’s licensed consumer products business and Hasbro Pulse, the Company’s direct-to-consumer platform. He previously served in a number of senior roles, including President of Hasbro North America and General Manager and Senior Vice President of Marketing.

Hasbro (NASDAQ: HAS) is a global play and entertainment company committed to making the world a better place for all children, fans and families. Hasbro delivers immersive brand experiences for global audiences through consumer products, including toys and games; entertainment through eOne, its independent studio; and gaming, led by the team at Wizards of the Coast, an award-winning developer of tabletop and digital games best known for fantasy franchises MAGIC: THE GATHERING and DUNGEONS & DRAGONS.

The Company’s unparalleled portfolio of approximately 1,500 brands includes MAGIC: THE GATHERING, NERF, MY LITTLE PONY, TRANSFORMERS, PLAY-DOH, MONOPOLY, BABY ALIVE, DUNGEONS & DRAGONS, POWER RANGERS, PEPPA PIG and PJ MASKS, as well as premier partner brands. For the past decade, Hasbro has been consistently recognized for its corporate citizenship, including being named one of the 100 Best Corporate Citizens by 3BL Media and one of the World’s Most Ethical Companies by Ethisphere Institute. Important business and brand updates are routinely shared on our Investor Relations website, Newsroom and social channels (@Hasbro on Twitter, Instagram, Facebook and LinkedIn.)