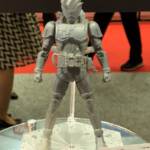 No release info was disclosed at the event as it still appears to be in the early stages of development. In addition, they’ve also announced that the Kabuto and Faiz kits will be reissued under this new sub-line. Stay tuned, and we’ll bring you more info on this kit as soon as it becomes available. 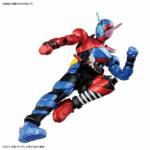 In case you missed it, Bandai announced that the Figure Standard series will once again be delving into Kamen Rider with Figure Rise Standard Kamen Rider Build Tank Rabbit having been on display at the last Winter Wonder Festival.

Offical stock photography along with release info for this forthcoming kit courtesy of Bandai Hobby. 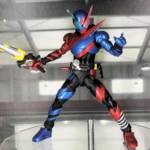