Though the latest season of GARO may be coming to a close, the franchise is far from over! A new website has just opened announcing a spin off starring Zero the Silver Fanged Knight, the Makai Knight who appeared in the original series and its follow up GARO Makai Senki.

There are no further details at this time but stay tuned to TokuNation.com for more news!

Thanks to member Blackadder for sharing! 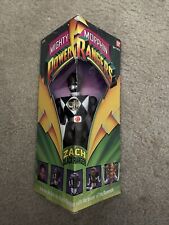