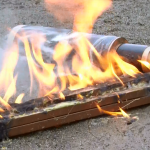 Kamen Rider Den-O is approaching it’s final stop with Let’s Watch Wednesdays! As we approach the end, here’s where we stand.

With the debut of Liner Form things should be headed the right direction. Wrong. It seems Ryutaros was originally sent back in time to kill Ryutaro! And the one who sent him was someone from the Imagin’s future, Kai. But Ryutaros stands with his friends, so Kai sets his sights on Yuuto! In an effort to erase Yuuto from time, Kai will send an Imagin to his past. Will he succeed? Can Kamen Rider Zeronos be erased forever? Find out now.

Den-O Trivia 14
Did you notice something familiar this week? You may not have immediately recognized them but they’re there. Notice that Kai’s right hand man in his first appearances is the Leo Imagin. Leo has 3 underlings with him, the Leo Soldiers. Take a good look at their suits. Stll don’t see it? Those are in fact 3 Zectrooper suits from Kamen Rider Kabuto!

As is often the case in tokusatsu productions costumes are rehashed, reused, and canibalized for the sake of whatever the current production is. The Zectrooper suits were no different. These rider like characters were seen in large groups in Kabuto so it seems Toei could spare 3 suits to retrofit for Den-O. With their antennae removed, bug eyes covered in gold jewels, and the armor parts of their suits painted in gold it’s not surprising most people have never noticed this.