Today we’re going to take a special look back at one of the single-best characters (in our opinion) to be in a Kamen Rider series – everyone’s favorite French pâtissier, Oren Pierre Alfonzo aka Mister Dangerous aka Kamen Rider Bravo!

Be sure to check out all the previous day celebration threads! A lot of love went in to these!:
– Day One – Movie Riders
– Day Two – The Nut Bros.
– Day Three – Kamen Rider Duke
– Day Four – Kamen Rider Sigurd & Kamen Rider Marika

Come get your pastry on and join us as we take a detailed look back at Kamen Rider Bravo and everything that he brought to the Kamen Rider Gaim series, including the extreme popularity when he first appeared that helped push his original Arms Change figure to be created and released through Premium Bandai! Click “Read More” and beware of SPOILERS!

Welcome to the fifth day of celebration for the Kamen Rider Gaim series. Today we’re taking a deeper look at Kamen Rider Bravo – a character that started as a serious threat to our heroes as a villain and ended the series as a valuable ally. Easily one of the most popular characters early in the series, Kamen Rider Bravo would go on to be the character that people were most excited for returning in small roles throughout the end of the series especially after taking in Kamen Rider Gridon as an apprentice. But let’s start at more humble beginnings, shall we?

Oren Pierre Alfonzo is not only trained as one of the most famous pâtissiers in all of France, he also served in the Parachute Regiment and received, more or less, special operations training making him the only Armored Rider to have an extensive military background. He originally sees the coverage of the Beat Riders and their fighting and is disgusted at the way they fight – calling them fakers and amateurs and lacking the true passion that makes a fighter. He ends up with a Sengoku Driver and the Durian Lock Seed, taken from the dance team Red Hot after they insulted the peace at his diner/cafe/pastry-shop/whatever you wish to call it. 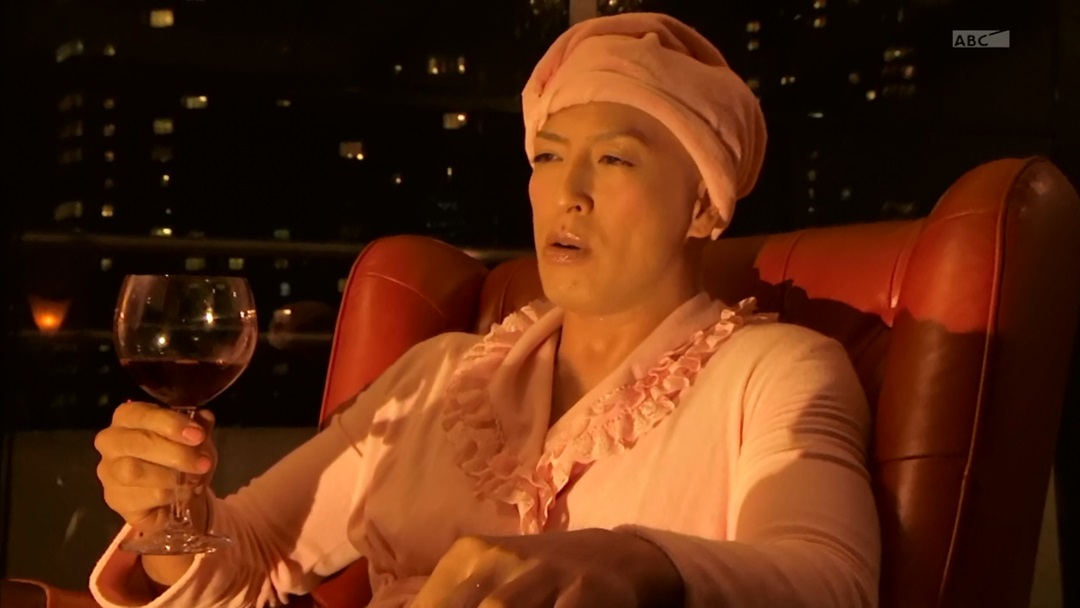 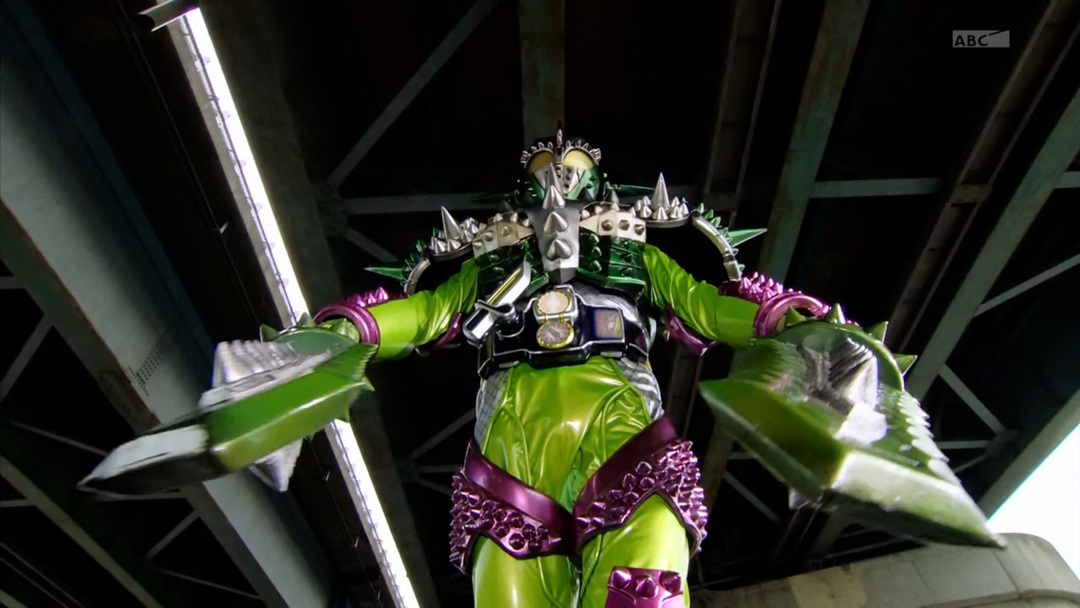 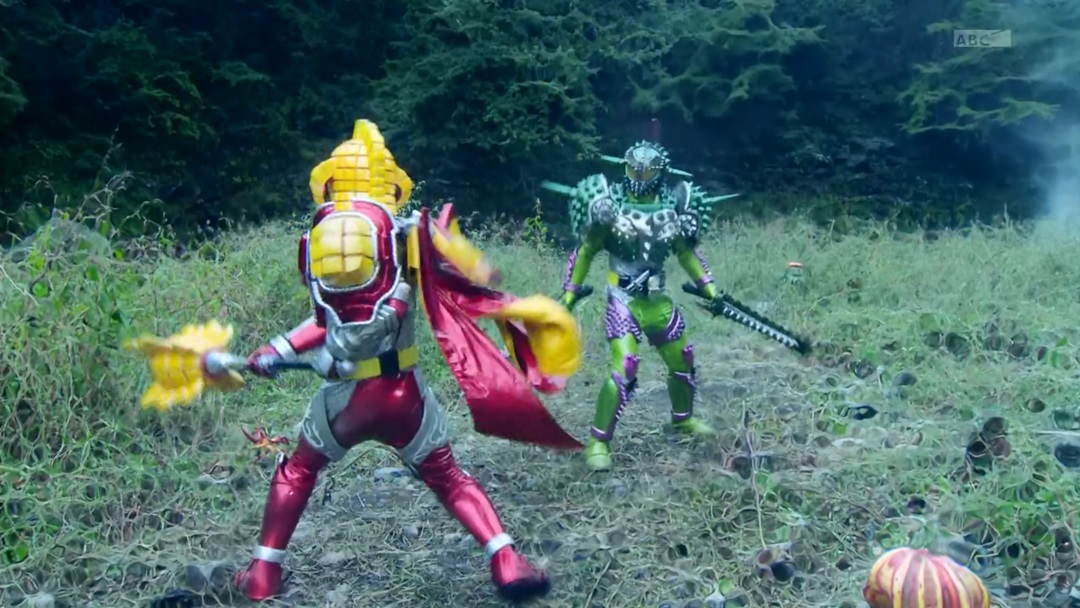 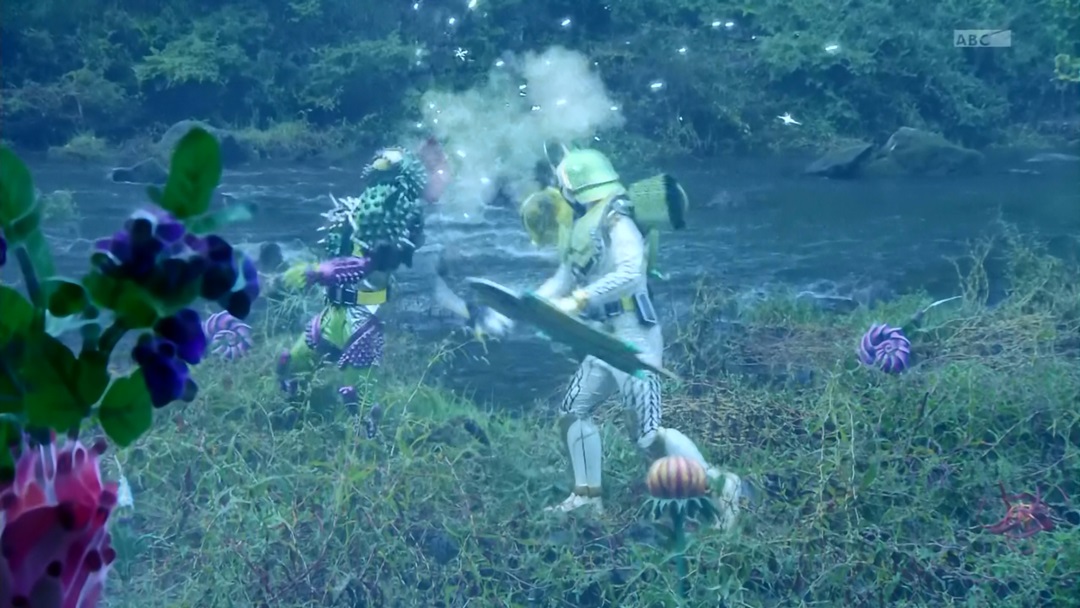 After Kamen Rider Kurokage has his belt destroyed, his partner Kamen Rider Gridon leaves him behind to join with Kamen Rider Bravo to begin training on how to be a real fighter. This starts, arguably, one of the best pairings of characters in any show ever. The pair would be seen not long in the future, hired by Yggdrasill and their Sengoku Drivers upgraded to make them stronger, to help stop Kamen Rider Gaim from getting any stronger and interfering with the plans of Yggdrasill. But this is Kamen Rider Bravo and not some ordinary mercenary as he ends up backstabbing Yggrdasill as he has his own way of getting the results he wants. He fails horribly as Kamen Rider Gaim Jinba Arms simply overpowers him in every step of the way. It was, sadly, at this moment in the series that Kamen Rider Bravo went from a worthy adversary to simple comedic relief. But his being a badass was not over… 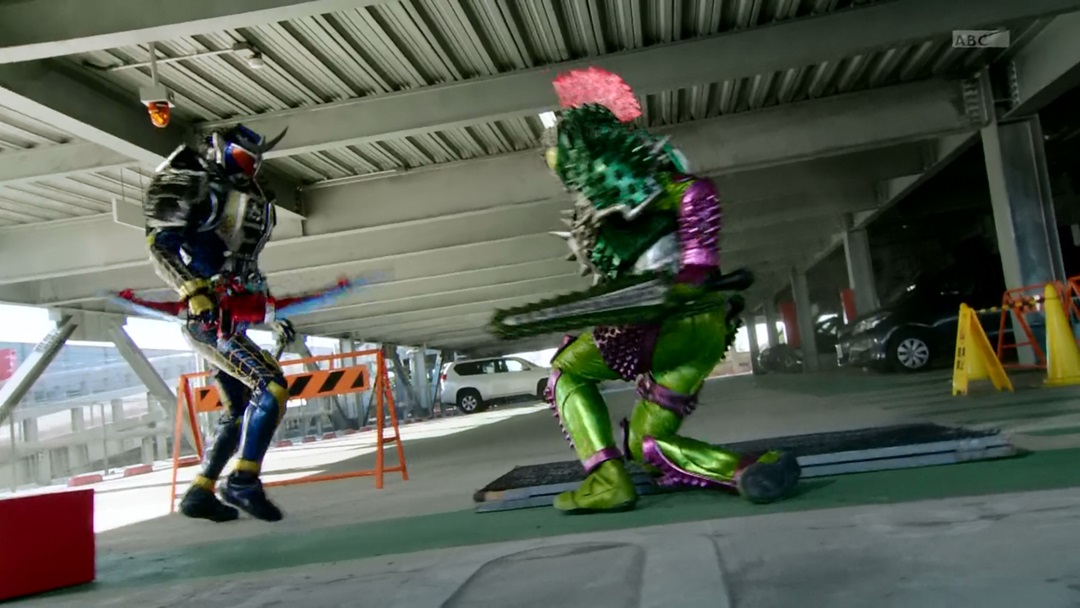 In one of the funniest episodes in the entire season, Kamen Rider Gridon begins to doubt his training under Kamen Rider Bravo and finds Kamen Rider Gaim to discuss how he misses dancing and doubts what he’s doing is right….all while being in a dress. Kamen Rider Bravo interrupts and continues to accuse the Beat Riders of being behind the entire Inves invasion. Throughout this and the next couple of episodes Kamen Rider Bravo finally learns the truth – that the Inves are not anyone’s fault and that they are truly invading. The training begins in earnest! But seriously, look up the episode and watch it. Doing so for this article had me once again laughing out loud as the antics. 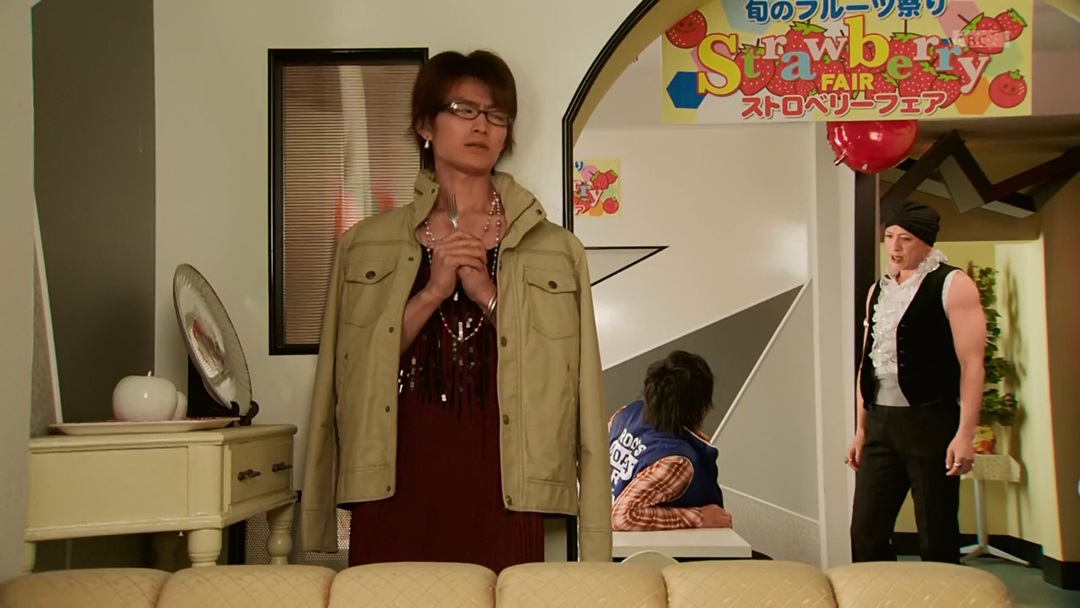 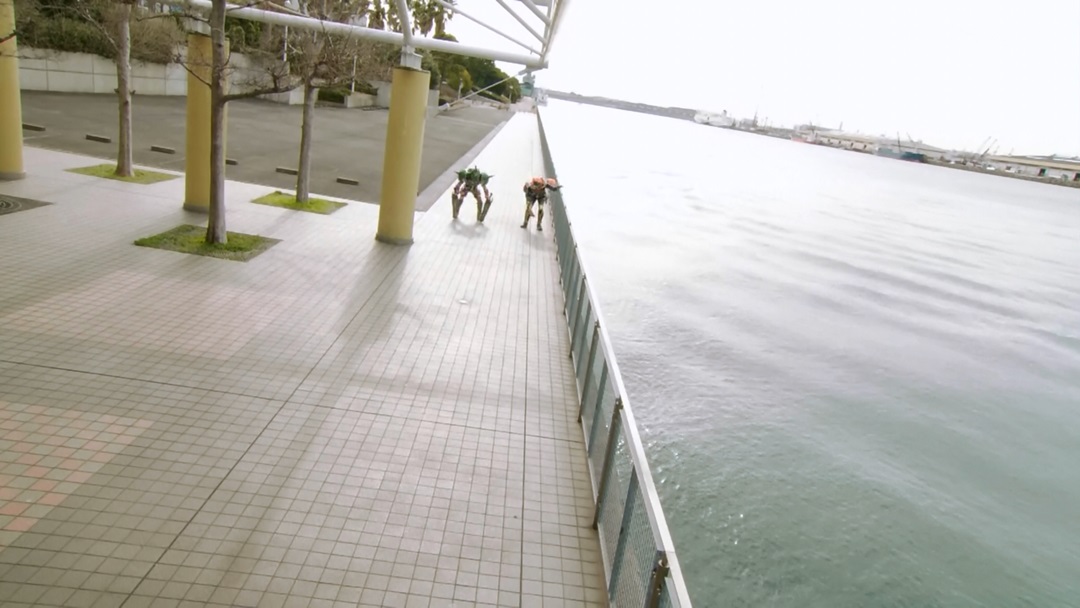 Kamen Rider Bravo would eventually rejoin the group after the massive Inves invasion at the hands of the Overlords and assist in helping save the citizens left in Zawame City. He was able to determine that whomever was using the Kamen Rider Zangetsu Shin suit was NOT Takatora, recognizing that the fighting style was different than his “beloved melon”. When the group is making their final push to Yggdrasill tower they are confronted with a large group of Inves. It is then that Kamen Rider Bravo and Kamen Rider Gridon stay behind alone to fight this massive army and tell the others to carry on – that they will fight this fight. The others believe them to perish – however, they appear to fight Kamen Rider Zangetsu Shin later showing that they have both strengthened considerably. 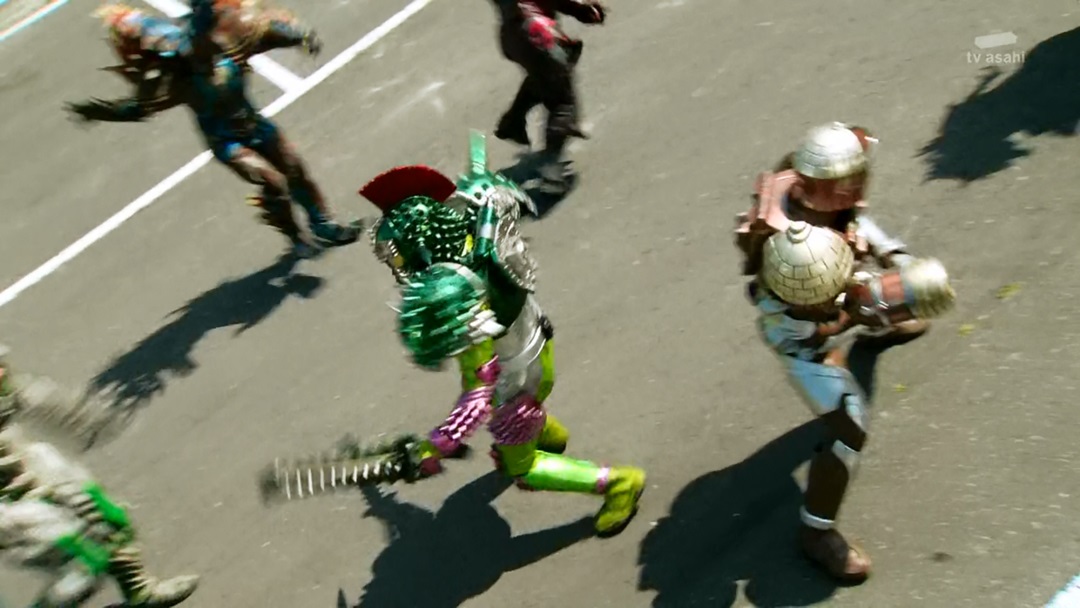 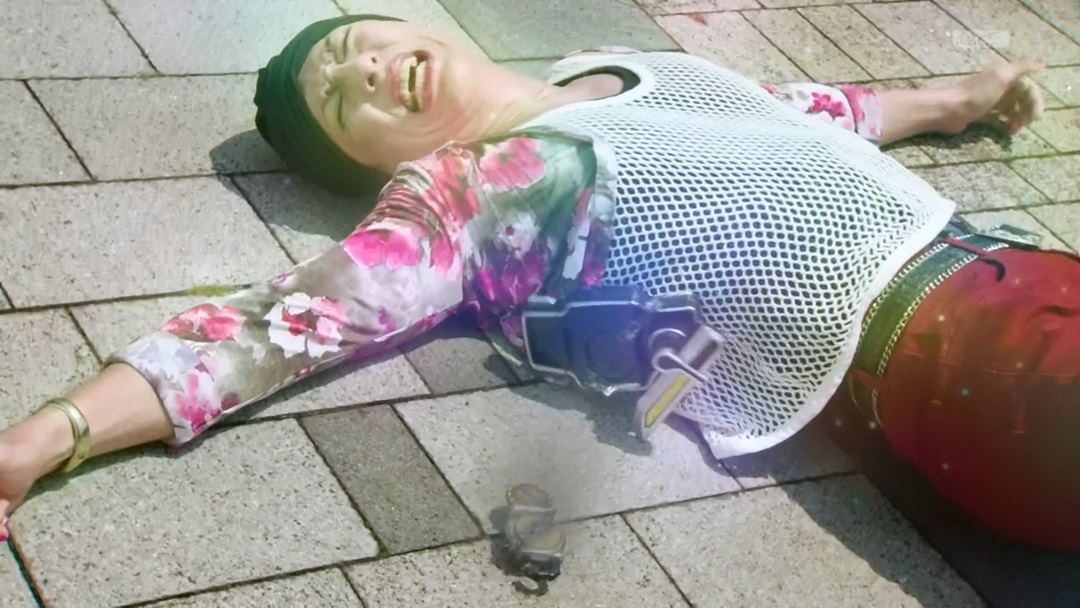 He received a Premium Bandai release in the Arms Change line and it has proven to be quite popular. Click here to check out our full gallery and be on the lookout for our upcoming gallery of S.H. Figuarts Kamen Rider Bravo which should be in hand soon!

All screenshots were taken by TokuNation.com using high definition video files from Aesir Subtitles. Thanks for all the hard work this last year!

What did you think of Kamen Rider Bravo? Was he a character you loved to hate, then just loved in general? Sound off in discussion! And be sure to stay tuned to the next four days as we finish our Kamen Rider Gaim celebration with the four main characters of the series!