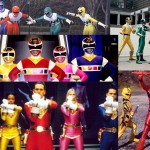 It’s time for Let’s Watch Wednesdays to select it’s next segment! Our current viewing of Kamen Rider Den-O will be all over in just a few weeks which means it’ll be time to serve up something new to the community.

This time however we’ve gone back through our old polls and nomination threads for LWW and put together an all-stars list. Not just any list either, but 5 Power Rangers series! The 5 Power Rangers series the community has voted for or nominated the most in the past are all featured in this poll! For many of us Power Rangers was our introduction to the entire tokusatsu genre, so it’s time to celebrate that influence by checking out one of these past seasons!

To vote for one of these seasons to be our next segment, click “discuss on the TokuNation forums” at the bottom of this post to be taken to our poll thread! This poll will be open from today 10/14 until 10/31 with our new segment beginning the following Wednesday.