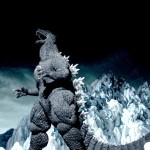 An article in Cinema Today reveals that Toho Studios is planning a brand-new live-action Godzilla film, to be released in 2016!

Thanks to Legendary Pictures version of the iconic character (released last summer, to mixed reviews but financial success), fan support for the King of the Monsters is at an all-time high, and a revival became possible thanks to that.

No cast or crew details are known at this time but Toho has confirmed that this will be unrelated to the Gareth Edwards version and that projects’ previously announced sequel.

Stay tuned to TokuNation as we keep you up to date on all Godzilla movie details!