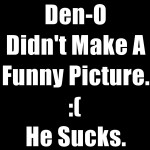 It’s time for a brand new episode of our very own Talkin Toku podcast! Featuring your hosts Kickback/Chris, Den-O/Jordan, and Sentai Tamashii/Tom – the guys behind TokuNation.com! A lot has happened since the last episode and there’s a lot to catch up on – Power Rangers Movie (2017), Kamen Rider Drive, Shuriken Sentai Ninninger, and Power Rangers Dino Charge discussion ensues, as does discussion on toys!

Won’t you take a listen and join in the discussion? Check out the live-listen below, as well as the download link and how you can keep up to date with the podcast and all of the hosts!