TV-Asahi has at last announced a return date for the SuperHeroTime programming block, consisting of Mashin Sentai Kiramager and Kamen Rider Zero-One!

Production on both series was suspended last month due to the ongoing COVID-19 pandemic and a state of emergency declaration in Japan. However, new regulations have been put in place to ensure safe distancing between actors and crew to halt potential spread of the disease. As a result, filming on both series has resumed!

New episodes of Super Sentai and Kamen Rider will begin airing June 21 2020! Stay tuned to TokuNation for further details on each exciting series. 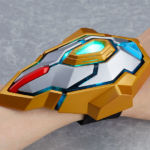 A little while ago, Goodsmile teased that a role-play toy of the Primal Accepter from the popular SSSS.Gridman anime was coming down the pipeline, and finally, after a long silence, the prototype for this replica was recently revealed in a live stream via Goodsmile’s official Youtube page with additional info on Goodsmile’s website

The stream in question can be viewed in the box below, you can skip to the 1:20:40 mark to view the demonstration.

The DX Primal Acceptor will retail for around 15,000 yen to be released in December 2020.

Back on April 1st, the tokusatsu world was pretty stunned by the announcement that Toei was reviving a character that hadn’t been seen in nearly 20 years. Robocon! The star of two previous TV series Ganabare!! Robocon & Moero!! Robocon, is returning for a brand new film adventure titled Ganbareiwa!! Robocon.

Met with some healthy skepticism that the project could actually be real, it was confirmed fully only a few days later. But today, further information of what to expect from this project has come courtesy of an official trademark from April 21st for the film (via @Trademark_bot), which includes its use in branding for a variety of merchandise including toys, dolls, & games etc.

There’s absolutely no question that this film be released on July 31st, and now we know it’s bringing along with it a resurgence of Robocon merchandise. Let the speculation of just what this odd entry in the Robocon franchise could be about, begin! Could this be another generational meeting of the various Robocon? Or a true reboot entirely? Time will tell, and we’ll be sure to tell you as more information surfaces.

TV-Asahi has announced a hiatus of sorts for the Super Hero Time programming block- which currently consists of Mashin Sentai Kiramager and Kamen Rider Zero-One.

This hiatus is due to the ongoing COVID-19 outbreak and the extended state of emergency in Japan.

For the next three weeks, alternative episodes will air in place of the usual Super Hero Time lineup-

An exact return date for Super Sentai & Kamen Rider has not been confirmed at time of writing. Stay tuned to TokuNation for further details on this unique situation! 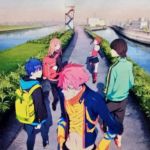 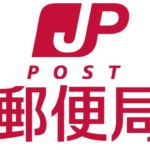 JapanPost has announced that all EMS and AirMail shipments to the United States will be suspended beginning April 24, 2020 due to ongoing COVID-19 concerns. SAL shipments were previously suspended for the same reason.

Any shipments sent out via EMS prior to the suspension will likely experience delays.

We encourage everyone to remain safe & healthy in these trying times, and we look forward to the return of normal shipping processes. 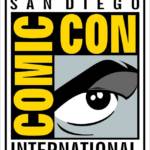 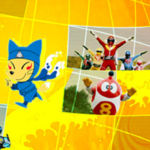 For those of us that are just tuning in, Toei announced a new global streaming platform on YouTube titled Toei Tokusatsu World Official, a streaming service that would feature a treasure trove of classic Toku shows that will launch globally on April 6th, 2020, complete with English subtitles!

As of this writing, the channel is now live. The catch is that while Toei does plan on releasing more episodes, these episodes will only be in Japanese and Toei will be leaving it to fans to translate these episodes in their native language. None of the less, the long list of shows now available is as follows:

If you’ve been keeping up with recent events, then you may know about coronavirus or COVID-19 and the impact that this awful disease has had on not just the world, but some of our general interests as well. It has just come to our attention that one of the lead actors of Mashin Sentai Kiramager, Rio Komiya aka Kiramei Red contracted the virus and Toei Studios has shut down as a result.

Fortunately, a good chunk of episodes up till the middle of May have been shot but filming was put on halt last weekend, and at this time we have no further information on what sort of delays this will cause.

We at TokuNation wish Rio and anyone else that may have contracted this virus a speedy recovery. We’ll be sure to update you as soon as more information becomes available so stay tuned for future updates.

An official statement was released from Toei earlier today. A translation reveals that Toei Studios did not, in fact, shut down operations that day and was misinformation spread by the Japanese press. 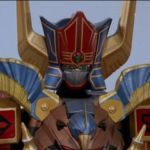 We have sadly been informed of the death of a tokusatsu voice veteran.

Voice actor Hiroshi Masuoka passed away on March 21 2020 due to rectal cancer. Masuoka performed a number of villain roles in tokusatsu but may be best known as the narrator for Hyakuju Sentai GaoRanger (where he also performed the supporting role of GaoGod).

Outside of toku, Masuoka was a prominent voice in the anime world- he may be most recognizable as the second voice of Master Roshi in DragonBall related projects.

Our thoughts are with Hiroshi Masuokas’ family & friends in this difficult time.