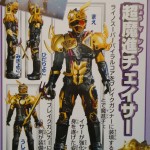 Even though the Kamen Rider Drive Saga: Kamen Rider Chaser V-Cinema won’t be out until April of next year, we already have a sneak peak at a brand new form debuting in it! Exclusive to the movie is Chou Mashin Chaser! A golden Ultimate Evolution style upgrade for Mashin Chaser accessed via the Rhino Super Viral Core.

This movie’s timeline supposedly puts it somehwere between Surprise Future and episode 41 of the series. So it’s anyone’s guess as to how Chase obtains this new Viral Core and if he shares the experience of this form with any members of the Special Investigations Unit. For now we know that the Angel Roidmude will grant Chase humans emotions and that he’ll encounter the previously thought destroyed Roidmude 051 once again, and we’ll also be getting a surprise cameo by none other than Kamen Rider Accel! 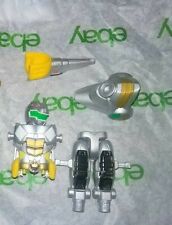 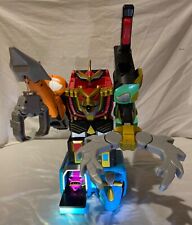