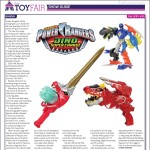 The folks of Bandai UK will be in attendance at this year’s Toy Fair UK as well as the Nuremberg Germany Toy Fair. They’ve taken out some pages in local UK magazines to announce this as well as state what exactly is to be expected this 2016 for Bandai products.

Of note – this article still states January 13th, 2017 as the launch of the movie. We have since learned that the movie was pushed back once again until March 24th, 2017. Either way, this is great news for our friends in the UK! A special thanks to Red Ranger, better known on the network as Silver Optimus, for finding the news and sharing the scans!

And don’t forget – as usual, TokuNation.com will be at this year’s Toy Fair in New York City. Stay tuned for more details as we get closer to the show, which begins Saturday, February 13th.