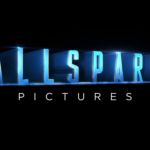 Looks like Power Rangers may be headed back to theaters once again!

During a financial call to discuss future projects, Hasbro CEO Brian Goldner revealed that Hasbro was currently in discussion with longtime studio partner Paramount Pictures to prepare the next Power Rangers movie.

What relation any new project might have to the 2017 cinematic release by Lionsgate is anyone’s guess. But at the moment, no further details about the future of Power Rangers on the silver screen have been announced.

How do you feel about a new Power Rangers movie? Stop by our Discussion Forum to share your thoughts and fears on this potential new project!

In today’s Hasbro Strategic Decisions Conference, CEO of Hasbro Inc., Brian Goldner, spoke to the audience regarding the acquisition of the Power Rangers master toy license as well as the impending acquisition of the brand as a whole. Brian’s statement is quoted below:

“As I mentioned, we’ve now announced the acquisition of Power Rangers. This is really a great statement about where we believe we are in develping our brand blueprint. The fact that we can acquire Power Rangers brand and plug and play that right into our strategy where we activate it in entertainment, motion pictures in the future and then of course across toys and games and consumer products and do so globally. We felt the brand was very under leveraged and undervalued. We feel we can exploit it to a much greater extent and it was a great opportunity to acquire the brand.” – Brian Goldner, Hasbro Inc. CEO

This revelation will obviously come as great news for fans of the Power Rangers franchise who, last year, enjoyed their first major motion picture in 20 years. As many are well aware, the Power Rangers movie released at higher than expected numbers domestically, but overall failed to capture any audience globally, limping its way in to $142 million worldwide.

Stay tuned for more information as the Hasbro acquisition of Power Rangers continues! 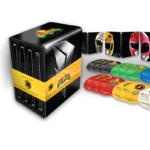 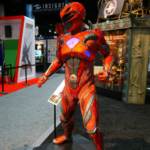 The folks from Weta Workshop were on hand for San Diego Comic Con 2017 and they brought with them the Power Rangers Movie Red Ranger suit! Check out a ton of up close, high resolution pictures that we snagged of this beautiful piece by clicking the title of the story.