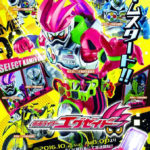 Check out the trailer in the box below and join the discussion after the jump.