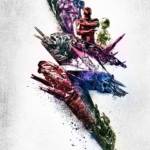 Lionsgate has released a full clip from the upcoming Power Rangers 2017 reboot film!

Be warned, due to the nature of this video there may be SPOILERS AHEAD!

The Power Rangers will officially return to theaters on March 24, 2017! Stay tuned to TokuNation as we keep you up to date on this cinematic adventure!