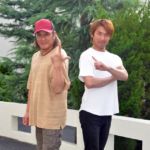 Kamen Rider Zero-One represents the end of an era in more ways than one. Seiji Takaiwa is a name that most fans of Tokusatsu will be familiar with. For those unfamiliar: he’s a stunt actor that started with Kamen Rider Black RX as Riderman and has since gone to perform stunt work for every single titular Heisei Kamen Rider with the exception of Kamen Rider Kuuga. He also did stunt work in Super Sentai as various Red Ranger and DragonRanger from Kyoryu Sentai Zyuranger.

In an article by Dengeki Hobby, it was confirmed that the legendary suit actor will be passing the torch to Yuya Nawata whom will be performing the suit stunt work for Kamen Rider Zero-One.

Yuya Nawata’s been around the Tokusatsu scene since Kamen Rider Hibiki. Most recently, he performed the suit work for Kamen Rider Geiz in addition to Kamen Rider Cronus and Amazon Neo Alpha.

Of course, this doesn’t mean that Takaiwa is retiring just yet but it seems that his involvement with lead roles will lessen somewhat. Kamen Rider Zero-One will be premiering September 1st 2019, we’ll be sure to provide you with more updates on this exciting new entry into the Kamen Rider series. In the meantime, make the jump to our discussion thread and let us know what you think of this latest update.