TFW2005HisstankTokuNationToyark
Tokunation › Bat In The Sun

Articles Related to Bat In The Sun 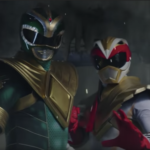 For those among us that still play nWay’s Power Rangers: Legacy War mobile game, you might recall that Street Fighter’s Ryu was recently added to the game’s roster as the Ryu Ranger(not to be confused with RyuuRanger of Gosei Sentai DaiRanger), and a live action short film was teased to commemorate the occasion. After some time; the Power Rangers Legacy Wars: Street Fighter Showdown short film has finally been released for your viewing pleasure.

Street Fighter’s own Ryu and Chun Li team up with the legendary Tommy Oliver(Jason David Frank) and Super Megaforce’s Gia(Ciara Hanna) to stop Rita and M.Bison’s nefarious schemes. The film was done by Bat in the Sun, known for their Super Power Beat Down videos in conjunction with Hasbro’s AllSpark Studios. The result is a fan film you’ll just have to watch for yourself:

What did you think of the fan film? Would you want more Power Rangers/Street Fighter crossovers in the future? Make the jump and let us know in the discussion thread. 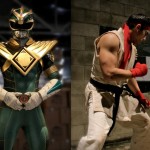 The much anticipated Super Power Beat Down by the popular YouTube channel Bat In The Sun featuring the original Mighty Morphin Green Ranger and Ryu from the long and storied Street Fighter franchise has finally been released after multiple delays (due to reshoots, etc.). The story? Ryu is fighting in a backstreet alley because reasons when a new challenger appears to fight him.

The special effects add a nice flavor and the Green Ranger features a brand new costume inspired by the original. Check out the video below and join in our discussion! 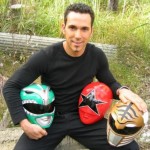 On the heels of this year’s LexCon, arguably the most popular Power Ranger of all time, Jason David Frank who played the Green Ranger and White Ranger in Mighty Morphin Power Rangers, the Red Ranger in both Power Rangers Zeo and Power Rangers Turbo, as well as the Black Ranger in Power Rangers Dino Thunder, has released the second episode of his self-created reality show titled My Morphin Life.  The video is below.

This episode features what many of us have come to known as convention burnout and convention hangover, where the crowds and the excitement literally drain every bit of energy from your body.  Follow Jason David Frank as he attempts to survive LexCon 2013.  This video features interviews with other former Power Rangers about Jason David Frank, including Walter Jones, Blake Foster (who is credited as his character’s name instead of his actual name), Catherine Sutherland, Karan Ashley, and the always lovable Jason Narvy.  Click on the discussion link to share your thoughts about the episode! 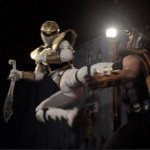 What happens when Scorpion from the Mortal Kombat series goes toe to toe with the White Ranger from Mighty Morphin Power Rangers?

One of the coolest fight scenes ever done. No seriously, it’s pretty awesome. Check out the video below and take note – the White Ranger is indeed voiced by Jason David Frank, who played the White Ranger during Mighty Morphin Power Rangers.

What did you think? Was that not totally awesome!? Video done by Bat in the Sun, who just do really awesome things all the time.