Articles Related to The CW 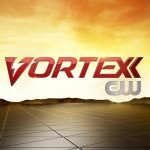 Well, that didn’t take long did it?

Saban Brands, the company that brings you every iteration of Power Rangers, has pulled the plug on their programming block known as The Vortexx. This fall, The Vortexx (a Saturday morning block of kids television) will be replaced by One Magnificent Morning, a five hour block of programming which features shows that feature family-friendly topics (our personal favorite right now is a new show called SWAG, because nothing says family like SWAG!).

The fate of the shows airing on The Vortexx right now are unknown, though a few of the shows (Digimon Fusion and Yu-Gi-Oh! Zexal) air currently on Nick Toons while Dragonball Z Kai is going back to Cartoon Network for their recreated Adult Swim programming block. But why are we posting about this? Because Saban Brands had once said they were going to use The Vortexx to air the vast library of Power Rangers (everything except the new seasons, which air on Nickelodeon and Nick Toons). We didn’t even make it through the end of Power Rangers Lost Galaxy before the programming block has been removed. Looks like it’s back to Netflix or your DVD releases to catch up on all those old Power Rangers shows.

Go ahead and share your thoughts. It’s important to note that with The Vortexx ending, there is now no children’s television block airing on bare-bone basic cable on Saturday mornings. For those of who us who grew up racing home to watch cartoons after school and waking up early to watch our favorite shows on Saturday mornings, this is truly one of those things that the new generation will never get to experience.

NOTE! Saban Brands has yet to make an official announcement. There is still that possibility that The Vortexx will end up somewhere, somehow, but in all likelihood, this is the end. Thanks to ToonZone.net for the news.