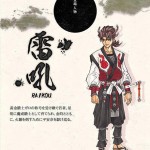 A new trailer for the second series of the Garo anime has come online!

In addition, we have also learned some details about the character roster for this new show-

*The current Golden Knight is Raikou, a young man trained from birth to protect the city of Heiankyo. Raikou will be voiced by Masei Nakayama, best known for his role as Raiga in Garo: Makai No Hana.

*Raikou will be aided by the Makai Priestess Seimei, a woman with tremendous magical abilities. Seimei will be portrayed by legendary voice actress Romi Park (who some fans may recognize as Dayu in Samurai Sentai Shinkenger.

*Raikou is followed by a servant named Kintoki, who is voiced by Akiko Yajima whose resume includes Shin-Chan and The Big O.

*The main villain in this series is Ashiya Doumon– a hateful Makai Priest. Doumon will be played by Tomokazu Seki (the voice of the Mobirates in Kaizoku Sentai Gokaiger.) 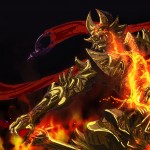 The Garo Project blog has updated with a near-complete production team for recently-announced second anime season, The Crimson Moon.

This season will be directed by Atsushi Wakabayashi a veteran of several prominent anime projects including Bleach, Naruto and Yu-Yu Hakusho.

Finally, six writers have been announced for this season-

A veritable mix of accomplished talent for this new series! No start date has been announced at the time of writing, so stay tuned to TokuNation as we keep you up to date on all Garo news!

With our thanks to The Tokusatsu Network for translations!