Articles Related to Garo Versus Road 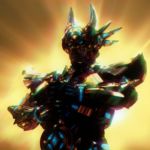 “Welcome to Garo Versus Road. A hundred knights have been gathered here today.”

Site contributor My Shiny Toy Robots joins in with GARO’s 15th anniversary celebrations with a review of the latest chapter in the golden knight saga – GARO: Versus Road. In an advanced VR game where death in the game means death in reality, 100 players battle for earn the title of Garo. Versus Road reinvents the franchise in particularly brutal fashion.

Please check out the review and let us know what you thought of the series in the discussion thread linked! 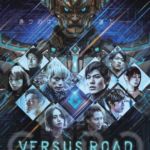 A new trailer for the upcoming new GARO television series has been released online!

Titled GARO- Versus Road this new series is centered on a mysterious Virtual Reality game, wherein the winning player gains the armor & title of the Golden Knight.

2020 marks the 15th anniversary of the GARO tokusatsu franchise, and a new television series has been announced to continue the Golden Knight adventures!

The new series is titled GARO: Versus Road and features a young man named Sora (played by newcomer Matsuya Koya) who receives a mysterious virtual-reality headset and becomes drawn into a strange game with many other players that can drastically affect the real world.

Stay tuned to TokuNation for further details on this exciting new GARO project!