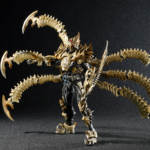 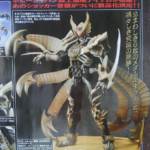 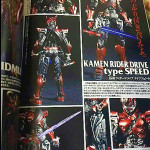 With S.I.C Drive Type Speed having been previewed at the last Tamashi Nations event, we finally have another look at the spectacular piece thanks to some magazine scans that have popped up.

For now, we have no further details on his release or even if he’ll be released to the public though he’ll be making an appearance in the coming issues of S.I.C Hero Saga.