In this video we’re treated to the return of such Legendary Power Rangers as:

Get ready to Go Go Megaforce with the most powerful Ranges in history this fall on Nickelodeon! 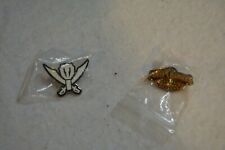