There was a Power Morphicon guest update on Monday adding six more guests to the already action-packed line up. Check out the guests below!

The Official Power Morphicon happens between August 12th through the 14th in Pasadena, California.  Your chance to pre-register ends in July – so what are you waiting for?  Click here and begin your registration process!  We’ll see you at the show! 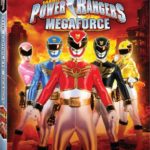 Both seasons will be released in special 5-disc sets costing a mere $14.98 USD! Definitely a good bonus for fans wanting to complete their DVD sets!

In case you missed the earlier announcement, another round of guest updates has occurred for the upcoming Official Power Morphicon convention – including one guest making his first true convention appearance! That’s right – for the first time ever, Justin Nimmo, who played Zhane the Silver Ranger in Power Rangers In Space, will be attending Power Morphicon! Check out the guest updates below!

The Official Power Morphicon takes place August 12th through the 14th in Pasadena, California.  Click here to begin your registration process.  We’ll see you at the show!

As we work towards one solution
Through a spirit evolution

It’s the end of 2014 and the start of 2015 and Talkin Toku is ringing in the New Year the way they do best – by being late to it! Join Kickback aka Chris, Den-O aka Jordan and Sentai Tamashii aka Tom as they spend 2 horribly long hours reflecting on 2014 and looking ahead to 2015!

Before the reflection begins – it’s time to talk current Toku! Join in the discussion of their continued thoughts as more and more of Shuriken Sentai Ninninger is revealed! And the question everyone has on their minds … has Tom even seen the trailers for the damn show?! We also take a look at the extended Power Rangers Dino Charge (and discover if Tom has watched that trailer too).

Then we reflect on 2014. What was the Best Toku Toy of 2014? And the Worst Toku Toy of 2014? Reflecting on the year of news itself, What was the biggest Toku news of 2014? And the question that no one is going to accurately guess the answer to … our opinion on Which of the 3 Toku shows (Power Rangers Super Megaforce, Kamen Rider Gaim, and Zyuden Sentai Kyoryuger) had the best ending? We also take a moment to read YOUR answers to those questions – thanks to everyone who submitted their thoughts/opinions/answers!

Join us in this end of the year celebration as we celebrate a staggering average of 1.25 episodes a month and promise to do better in 2015!

The crew of Talkin Toku is back yet again with an action packed episode promising to dull your senses and cause you regret! Join Chris “Kickback”, Jordan “Den-O”, and Tom “Sentai Tamashii” for this trip down toku discussion lane!

Did you get your S.H. Figuarts Kamen Rider Gaim Kiwami Arms figure yet? We did – and we’re not happy. Listen to us rant about what all three agree is the worst quality controlled product to come out of Tamashii Nations in quite awhile. We also discuss Power Rangers Dino Charge toys – namely the Dino Charge Megazord – and whether or not we think it’s a good toy and what, if anything, it has over it’s predecessor the Legendary Megazord from Power Rangers Super Megaforce.

EXCLUSIVE! Tom fails at being a good administrator at a leading tokusatsu website community. The plus side? You get to hear his reaction to the first image of Shuriken Sentai Ninninger during the podcast. What does he think? This is actually a pretty neat thing because how often does a fan of Super Sentai have their first reaction to the new series recorded? Check it out, it’s a pretty fun listen. We also touch on speculation of the upcoming series including what our thoughts are on possible henshin devices and so forth. And marbles. That’s right – marbles. Tom talks marbles. I can’t make this up if I tried. Just listen.

Power Rangers Dino Charge had the theme song and the smart phone app come out. Does it get the seal of approval from the guys? What about the theme song – what works, what doesn’t work, and does it hold up? Tom gives his $0.02 as he describes his youngest son’s reaction to the theme song.

We also take an in-depth look at the extended episode of Power Rangers Super Megaforce as we end our discussion on the series that seems to have divided part of the fandom in terms of “IT SUCKS” versus “IT KIND OF SUCKS”. What parts of the extended episode were good? Which were unnecessary? And was it really as special as we all thought it was? Jordan gives his rundown on why he feels it was a lackluster extended battle, while Chris and him get in to it about one of the more fandom-popular moments of the extended Legendary Battle.

Finally – we talk some Toku Toy Box giveaway as the episode ends. Have you registered on TokuNation.com yet and posted in the eligible threads so you can win? You’ll have plenty of opportunities in the future, but don’t miss your chance at entering in each qualifying thread!

Enjoy! Thanks for listening and Happy Holidays!

For a week now Power Rangers has hyped up tonight’s extended episode of “The Legendary Battle” pretty heavy across social media and even on television. And TokuNation was there to live-tweet the whole 75 minutes to you! Here’s a recap of the entire episode, which included “The Wrath” as part of the 75 minutes.

So there you have it. We probably missed an item or two, especially during “The Wrath” only because we didn’t bother to re-watch it before this special extended edition aired. So now it comes down to the big question – was this finale worth it? In this writer’s humble opinion – yes, it was. It felt like we got a fitting end to Emperor Mavro and any dialogue added for our Legendary Rangers is a win. But does it correct the flaws with Power Rangers Super Megaforce? That one we’ll leave up to you.

Linked to this news post is a new discussion thread and a new poll for this extended episode. Please take a moment to vote on it and share your thoughts. This episode will be available online in a few hours at Nick.com! 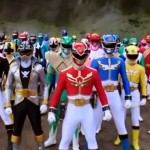 What will we see? Will we get some talking parts for those who didn’t speak? Will that picture that popped up of Astronema appear in the episode? Are we going to get another 5 minutes of Mighty Morphin Green Ranger doing kiyas? Time will tell!

This episode will be available in its entirety on Nick.com as well as the Nickelodeon Smart Phone App the following morning of Tuesday, November 25th. This information comes through our involvement with Saban Brand’s The Power Force, of which TokuNation.com is proud to have two representatives of on staff.

Catch the season finale of Power Rangers Super Megaforce tomorrow on Nickelodeon and be sure to share your thoughts and opinions on the trailer for Power Rangers Dino Charge. Will we see the cast in action? Original footage? Maybe a hint at the theme song? Sound off in discussion by clicking here!