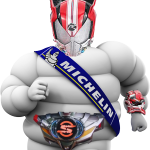 Talkin Toku is back!

After nearly 2 months since the last episode with your regular hosts, the boys of Talkin Toku return! Join Kickback, Den-O, and Sentai Tamashii in the all new, all different, all unedited and uncensored Talkin Toku!

Since the last full episode, Kickback and Den-O have gone to San Diego Comic Con, and Kickback then went to Power Morphicon. Listen to his reactions to the overall convention as we talk the good, the bad, and the ugly! Special shout-outs to some good friends made over the weekend – Dan’s Toku Rants, the Toku Ladies Podcast, Zeron Xepher, and Shukuen Shinobi, as well as the guys from Ranger Command Power Hour.

We also discuss some of the latest collectibles that have come out that we’ve purchased – S.H. Figuarts Kamen Rider Ryugen and S.H. Figuarts Kamen Rider Gridon – as well as discuss a lot of the upcoming Power Rangers Dino Charge toys and information from Power Morphicon to the present – including the rumor that Saban Brands isn’t interested in adapting Ressha Sentai ToQGer!

There’s also some brief discussion on Kamen Rider Drive – our hopes and our fears – as well as whether or not we’re going to go “all in” on the merchandise like we did with Kamen Rider Gaim (and have loved every wallet-draining moment).

Also – we want to give you guys free stuff. So we’re going to come up with ways to get free stuff, including the convention exclusive Super Megaforce Red Ranger key as well as a Mighty Morphin Green Ranger translucent key, and more importantly, an entire set of Season 2 S.H. Figuarts Akibarangers. Stay tuned for that and throw some suggestions out in our discussion thread! Check out the episode directly linked to this post below! (NOTE: You have to push play!)

See you in a couple of weeks!