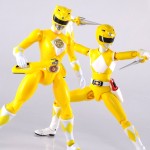 As with our previously reviewed Movie Rangers this figure marks the first time ever that the Movie Yellow Ranger has been portrayed properly in toy form. While nicely detailed the articulation is a mixed bag though the accessories partially make up for this. The Legacy Movie Yellow Ranger specifically comes with her Power Blaster sidearm as well as a holster for it. In addition to this is the movie exclusive Power Beam helmet! Allowing Aisha to shine bright head lamps from the Sabretooth Tiger’s eyes the toy replicates the look of this alternate helmet, without the lights of course. We break down the ins and outs of this figure, both positive & negative, in the review after the jump.

We’ve attached a selection of images to this post but the full gallery thread contains over 50 images of this highly anticipated new figure.  Be sure to check out the images & full review, with more than a few fun bonuses included. We return later this week with the FINAL gallery in this series, the Legacy Movie White Ranger! 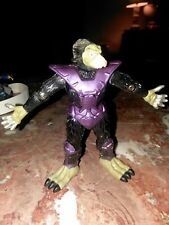