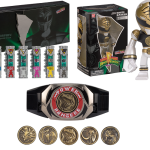 New York Comic Con 2015 is a mere week away and Bandai America has just revealed it’s list of exclusives for the show! Attendees will be able to purchase the following:

All items will be available at the Bandai America booth #1628 from October 8th-11th at New York Comic Con 2015!