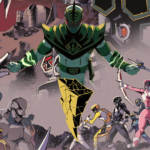 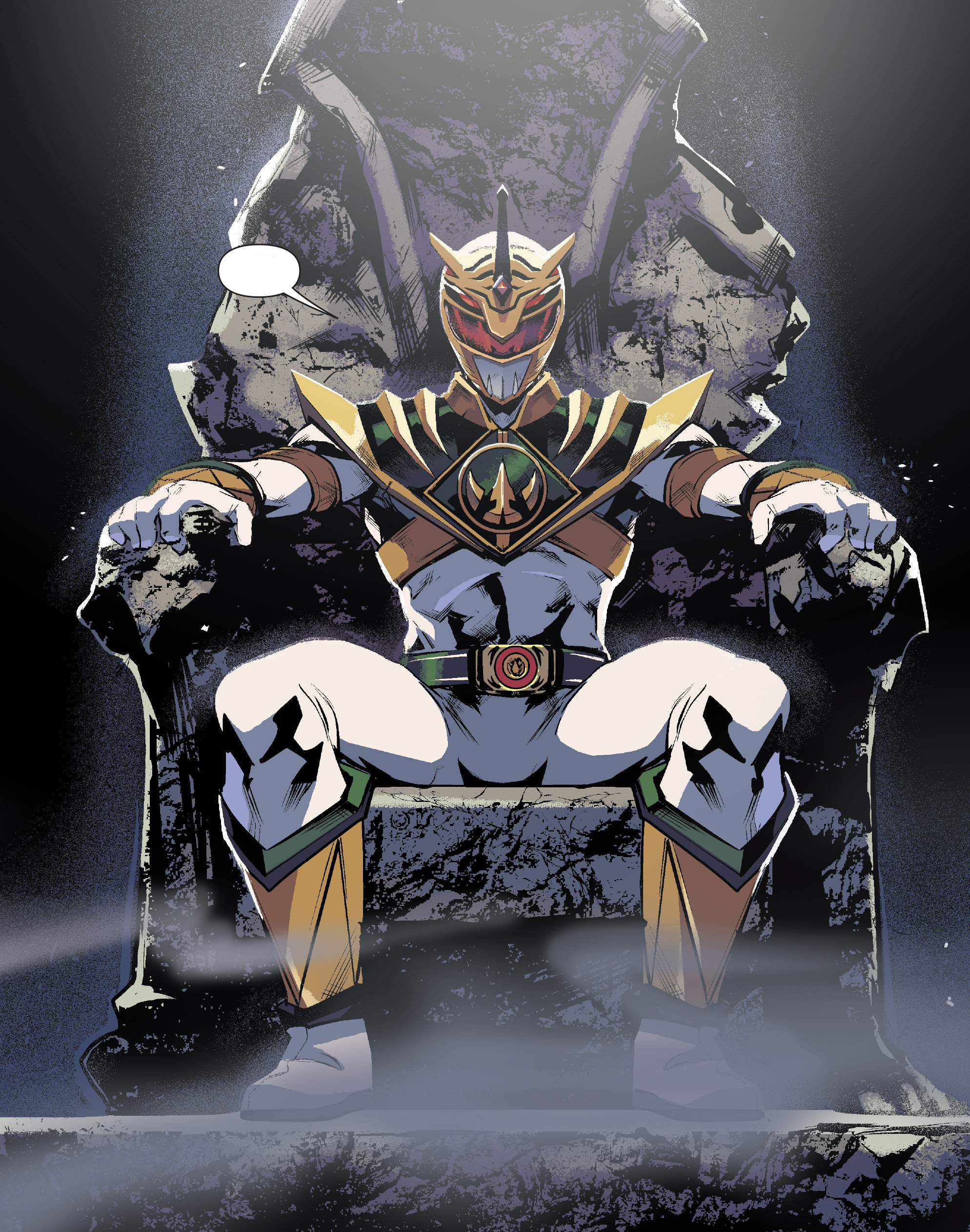 The alternate reality is like a mirror to the reality we have known for the last 25 years. However, there is one big change that set about the entire course of the mirror world’s destruction. During the original battle between the Mighty Morphin Power Rangers and the evil Green Ranger, the Red Ranger Jason destroys the Sword of Darkness, ending the spell over Tommy. In our reality, Tommy accepts Jason’s offer to join the Mighty Morphin Power Rangers, and Tommy would eventually go on to become, arguably, the greatest Power Ranger ever. 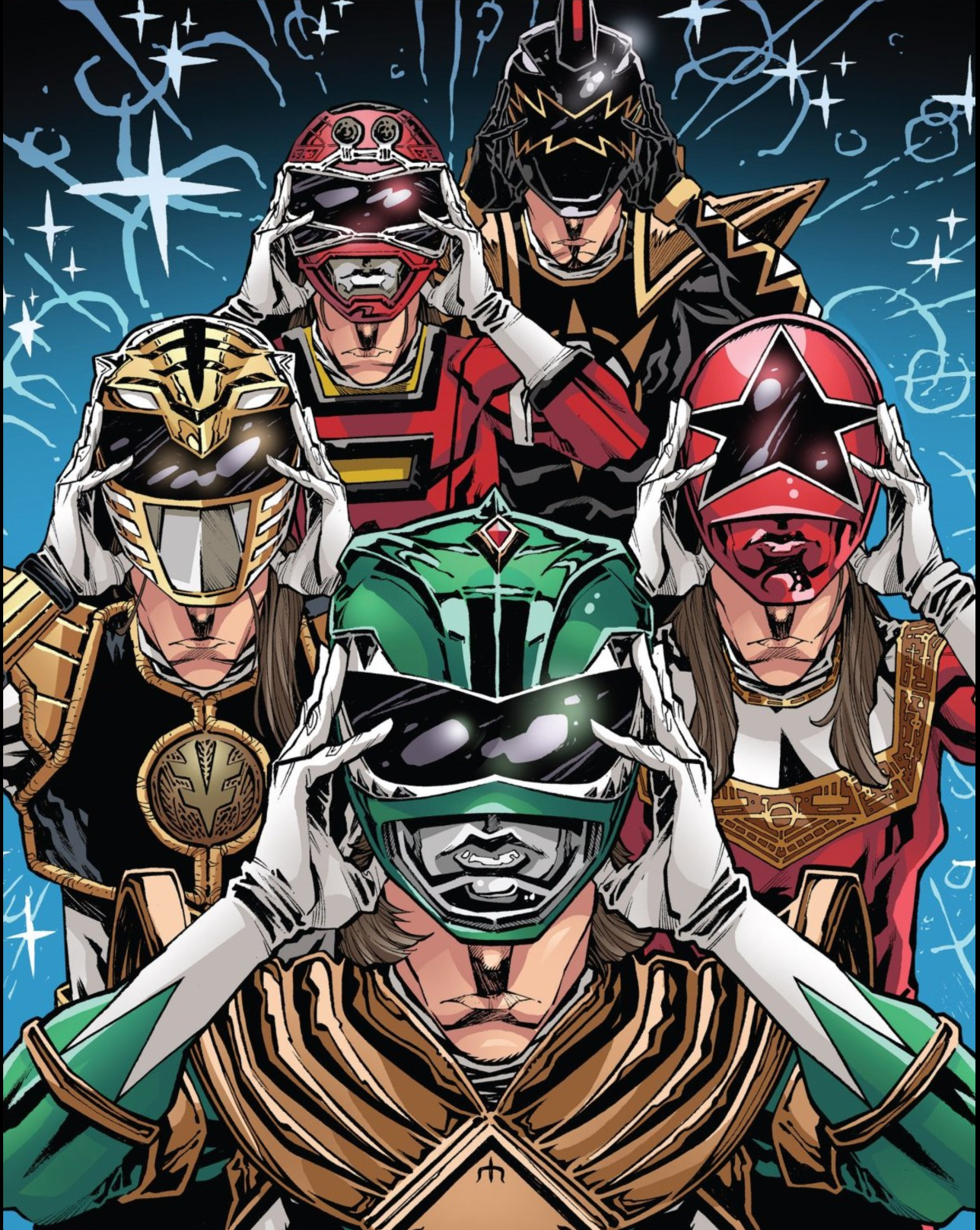 In the alternate reality, a confused and scared Tommy chooses to run away from the Mighty Morphin Power Rangers after being freed from the Sword of Darkness. Ashamed of what he’s done, Tommy would travel from town to town, searching his feelings and attempting to cope with the confusion of being mind-controlled. Eventually, Rita Repulsa would track him down (just as the Mighty Morphin Power Rangers are attempting to do the same). Ever the capable manipulator, Rita Repulsa would poison Tommy’s mind with more doubt and plant the seeds of hatred in to Tommy – Zordon selected five teenagers to become Power Rangers and he was not one of them. Only Rita saw the potential in Tommy which is why she made him the Green Ranger. The Earth doesn’t need to be protected – it needs to be conquered. It doesn’t need many people ruling it – it needs one. And it doesn’t need Power Rangers – it only needs A Power Ranger, and she believes that Power Ranger is Tommy. 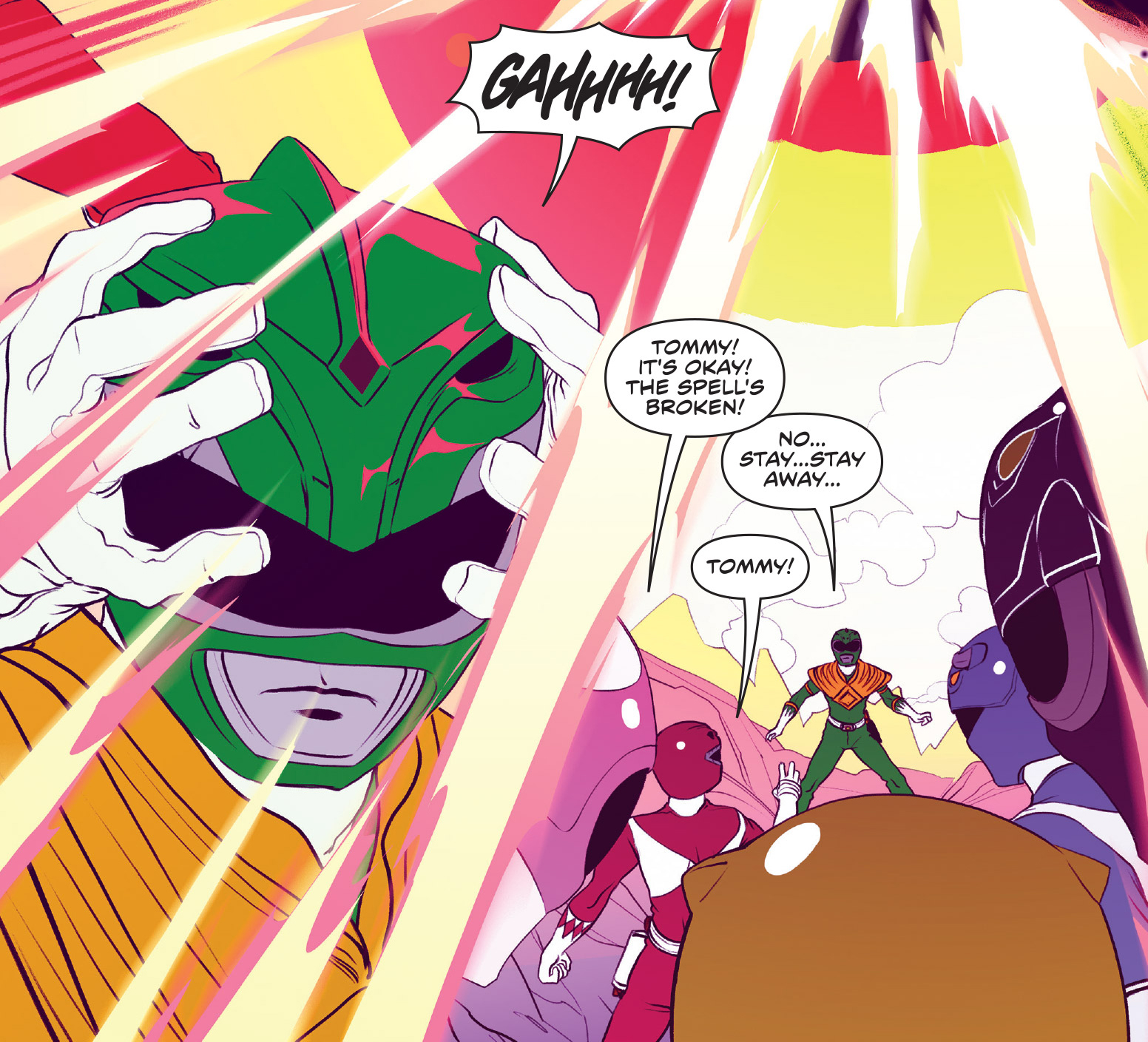 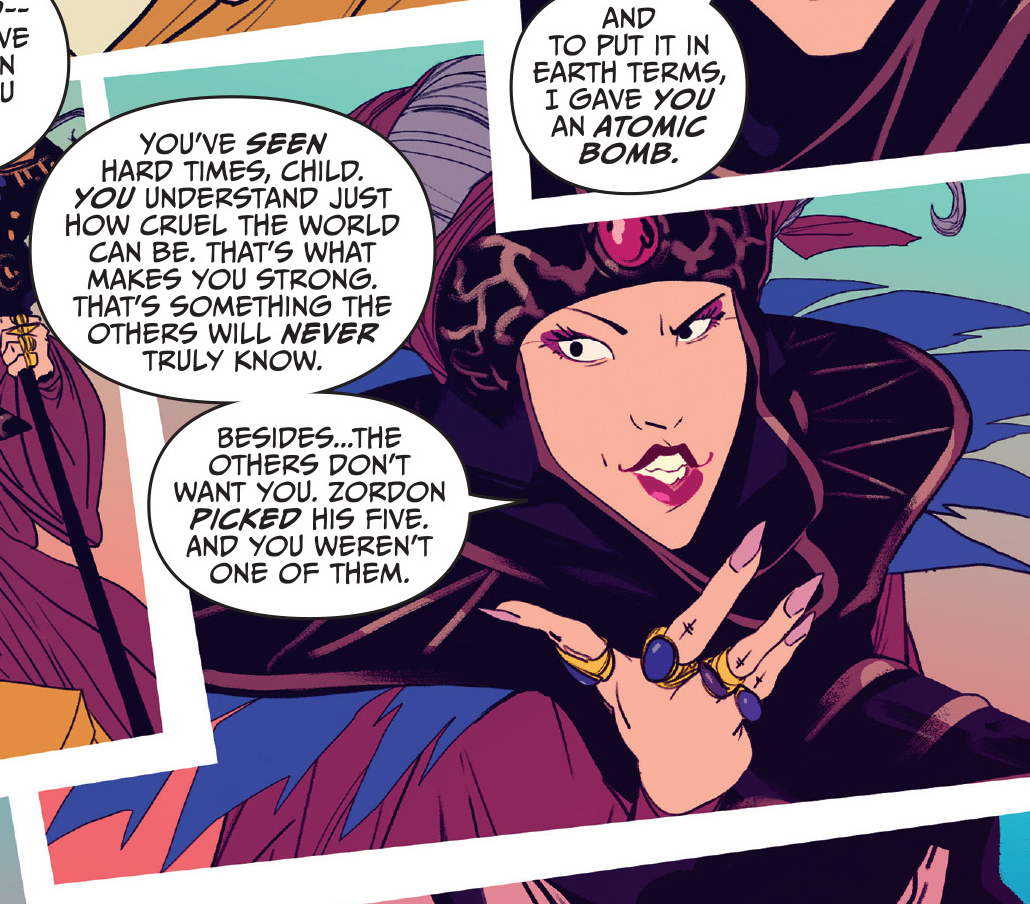 She explains the history of a being named Drakkon, who joined Rita Repulsa willingly to subjugate his home planet. In doing so, the planet became peaceful and, to her claim, is still peaceful to this day long after Drakkon‘s passing. She sees Drakkon in Tommy, to which Tommy agrees to go with her to hear more about the history of Drakkon. The result of this would be Rita Repulsa and a free-thinking Green Ranger versus Zordon and the Mighty Morphin Power Rangers. And thus, the mirror world would come to be what we know it to be today. 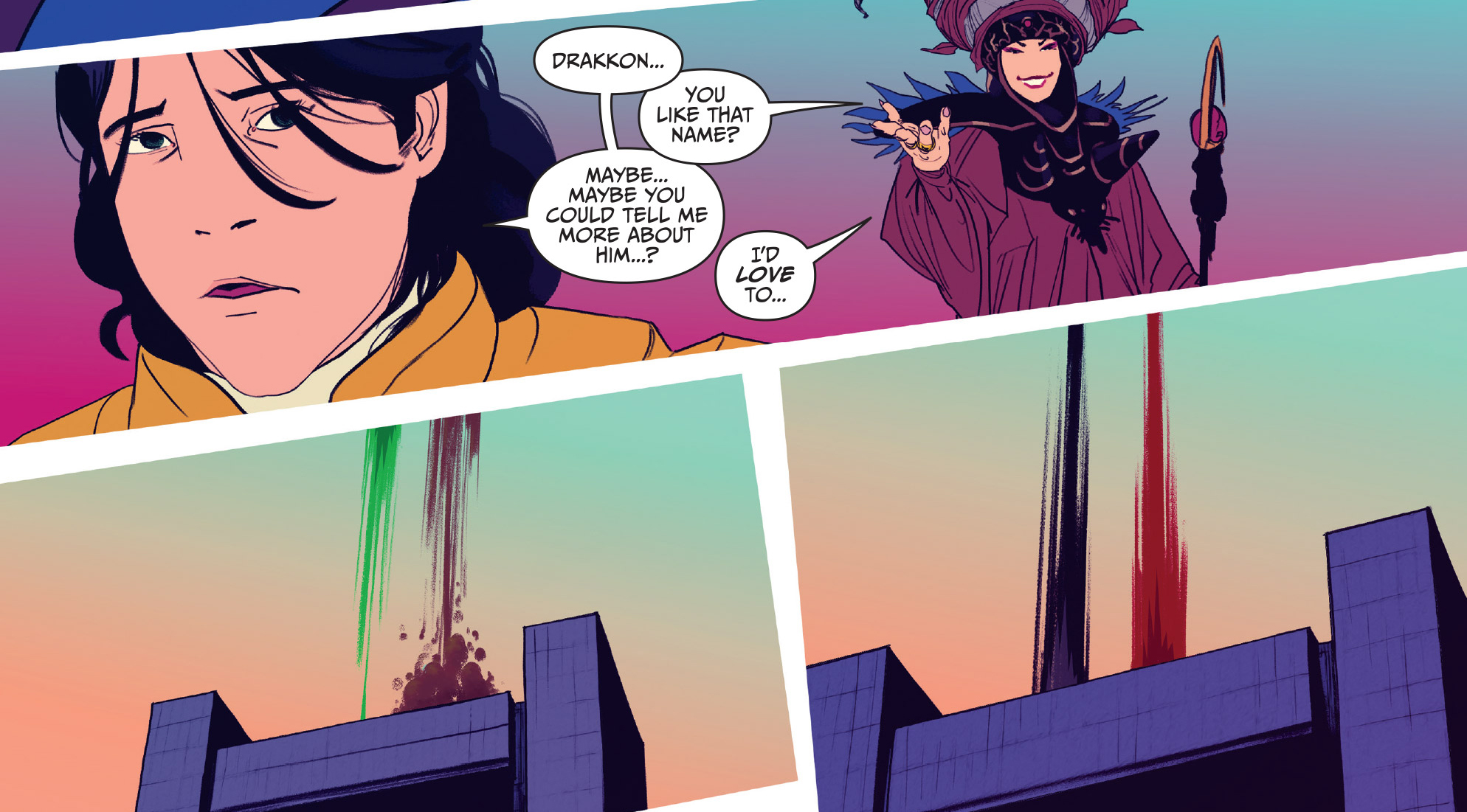 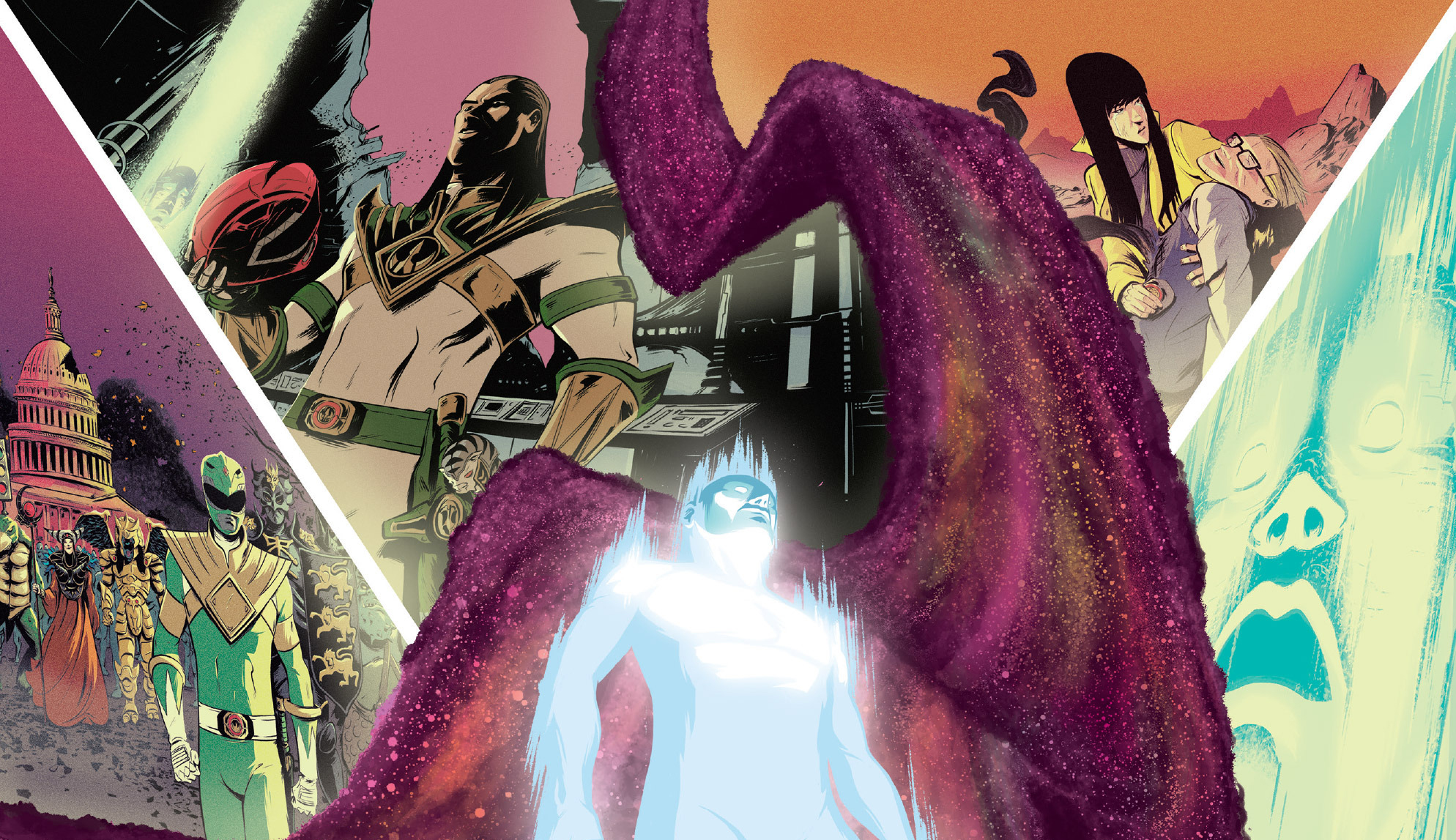 In an attempt to stop Rita Repulsa and the Green Ranger once and for all, Zordon enlists the help of Ninjor to create the ultimate Power Ranger – the White Ranger – to defeat the Green Ranger and Rita Repulsa. Jason, the Red Ranger, is chosen to become the White Ranger. On the eve of what is known as the Day the Rangers Fell, every ally the Power Ranegrs had – the Alien Rangers, the Phantom Ranger, the Blue Senturion, and Ninjor himself – along with the Thunderzords, protected the Command Center against the entire army of Rita Repulsa. Inside, Jason was attempting to absorb the powers of the White Ranger. Unfortunately, the Green Ranger was able to break in and disrupt the process. Alpha 5 and Ninjor were destroyed and Jason, refusing to surrender, is killed. Lord Drakkon, and his current powers, are officially formed and Zordon is offered an ultimatum of which he refuses, resulting in Lord Drakkon severing Zordon‘s connection. 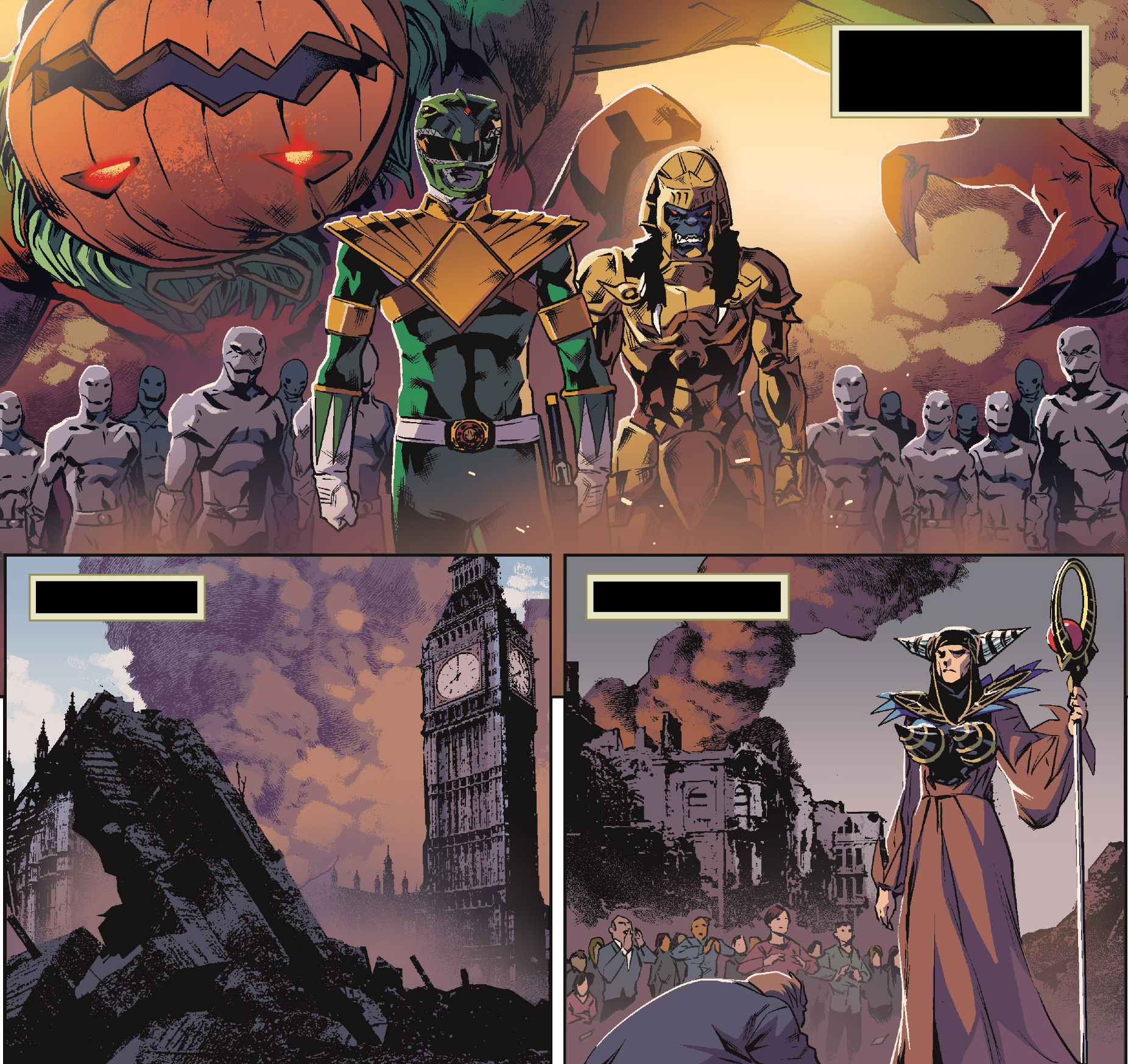 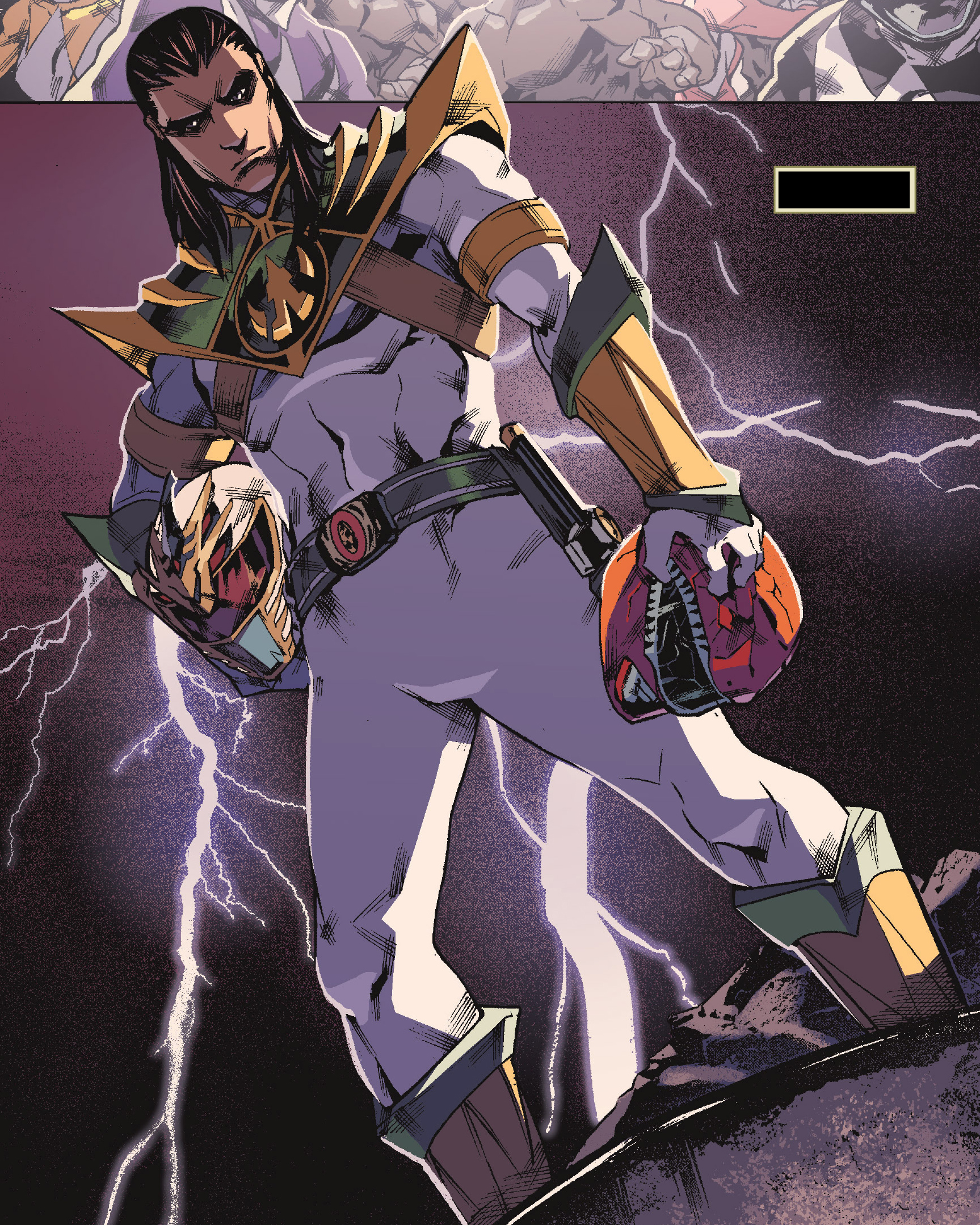 With his new powers, Lord Drakkon is successful in defeating the Power Rangers. Zack, the Black Ranger, has his powers stolen from him. During the fight, the White Ranger‘s sword Saba channels Zordon, who tells him that Saba will return with heroes to save them, and to wait for them to arrive. Trini loses her powers as well, and Billy the Blue Ranger is killed in action shielding Trini from an attack by Lord Drakkon. Kimberly’s Pink Ranger powers are seen as Sentries, but (at the time) we do not know her fate other than she is not part of the surviving Coinless. We see the Blue Senturion beheaded and the Alien Rangers and Phantom Ranger being overrun by putties.

Lord Drakkon, using a crystalized piece of the actual Morphin Grid, is able to pilot the Black Dragon weapon in our reality to assist Rita Repulsa in defeating the Power Rangers. It is destroyed, however, and Scorpina – along with our Tommy and Billy – are taken to the mirror world and meet both Lord Drakkon and the surviving resistance fighters known as the Coinless. They are joined by Saba, who brings them to Zack (who leads the Coinless), and Lord Drakkon marches his forces to their base for a final battle. In this final battle, Billy and Trini using an EMP-like device utilizing the same power Lord Drakkon uses, along with the deceased Billy’s power coin, to cripple Lord Drakkon‘s powers as well as a number of his sentries. The enemy is pushed back as the Power Rangers of our world arrive to assist, and Lord Drakkon throws himself in to a crevice in an apparent suicide mission. However, he is teleported back to the main universe with the Power Rangers and is captured by the US Government. 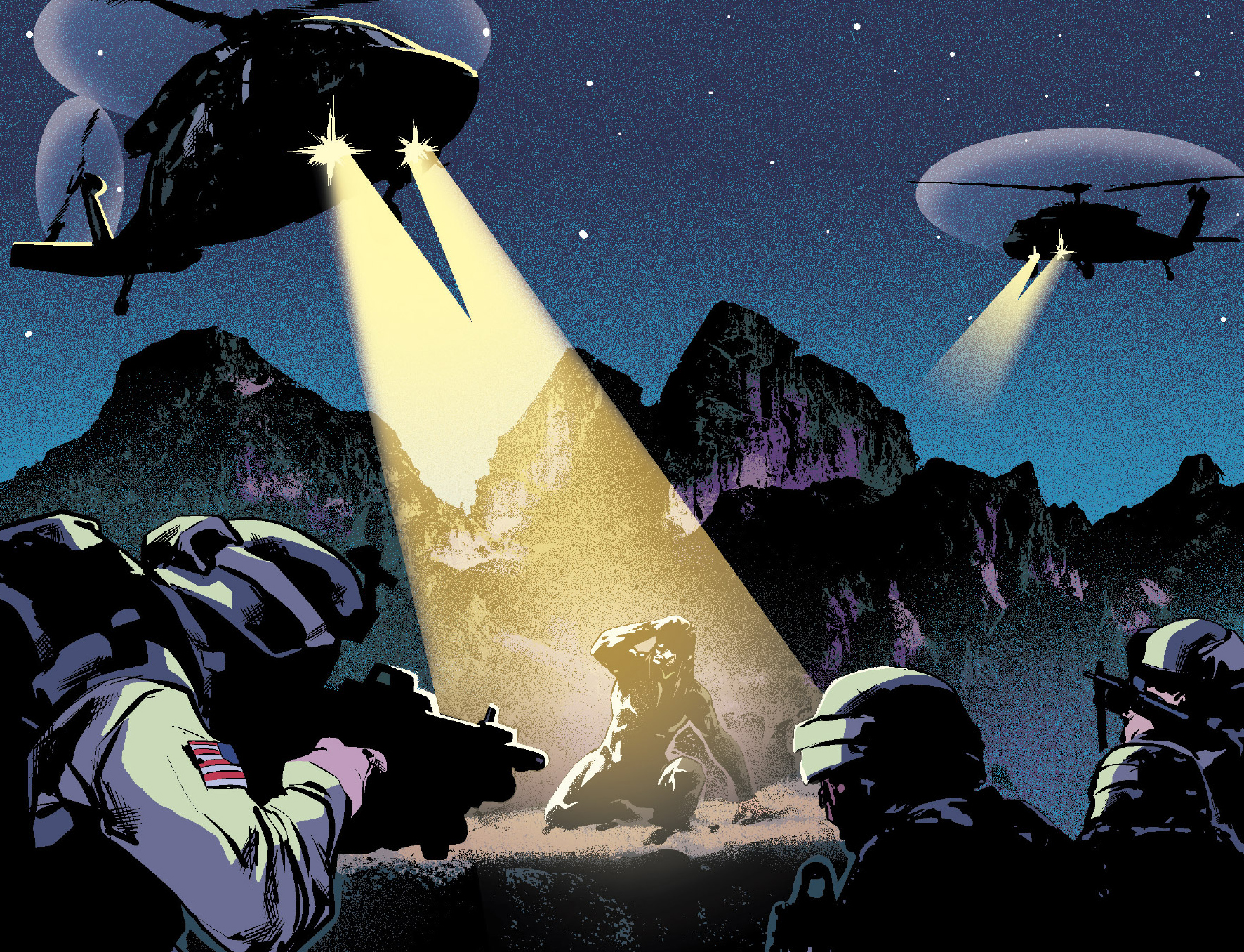 After a rousing speech from Zordon to Jason, the Mighty Morphin Red Ranger, Saba decides it is time to end the suffering from Lord Drakkon, and teleports to the special prison he is being held in. Unfortunately, Lord Drakkon is able to maneuver his shackles to take the brunt of Saba‘s attack, and frees himself. He is able to grab Saba and proceeds to rip the head off the sword, seemingly killing Saba. He recites a quick incantation and teleports out of the prison. 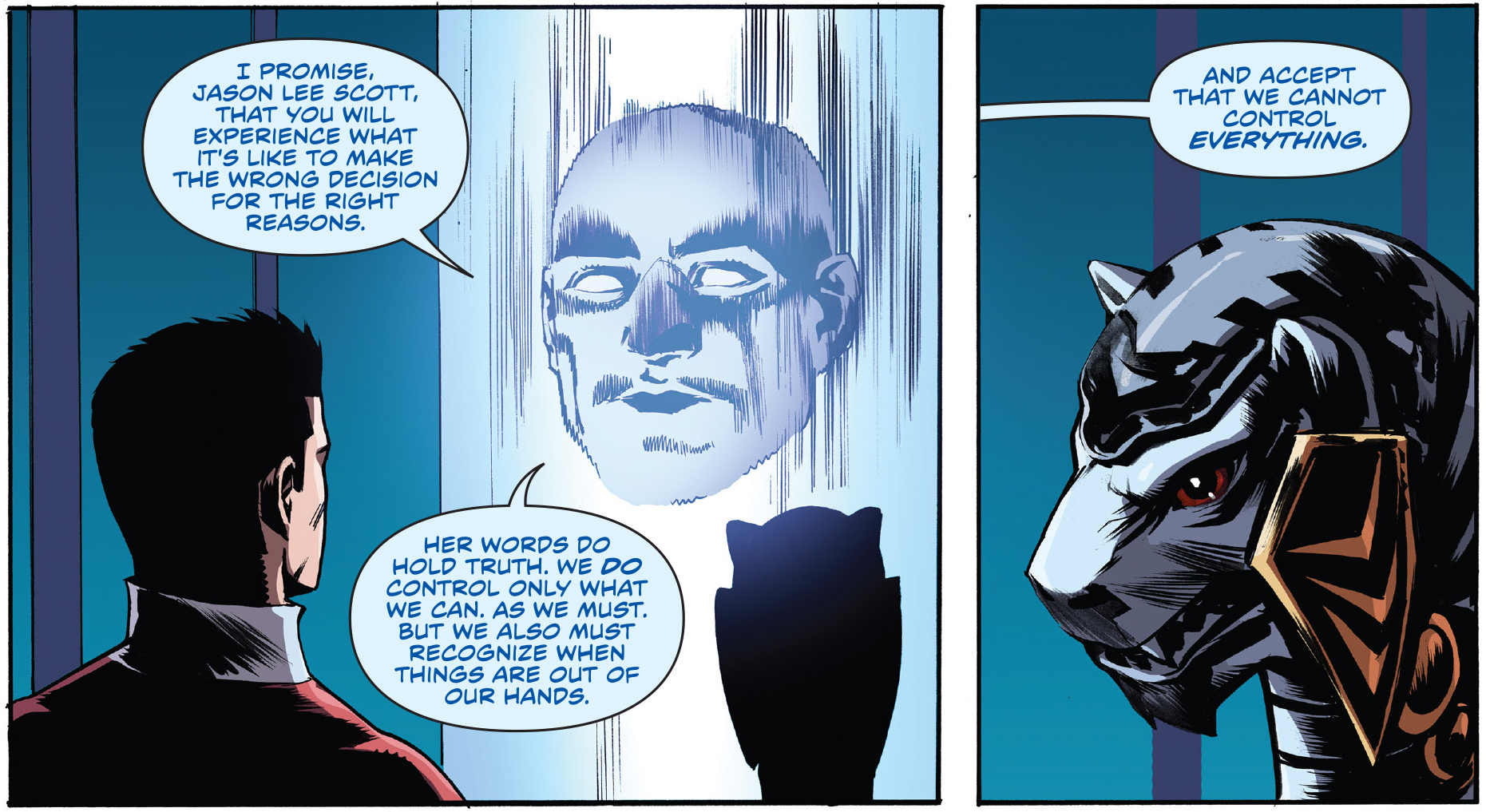 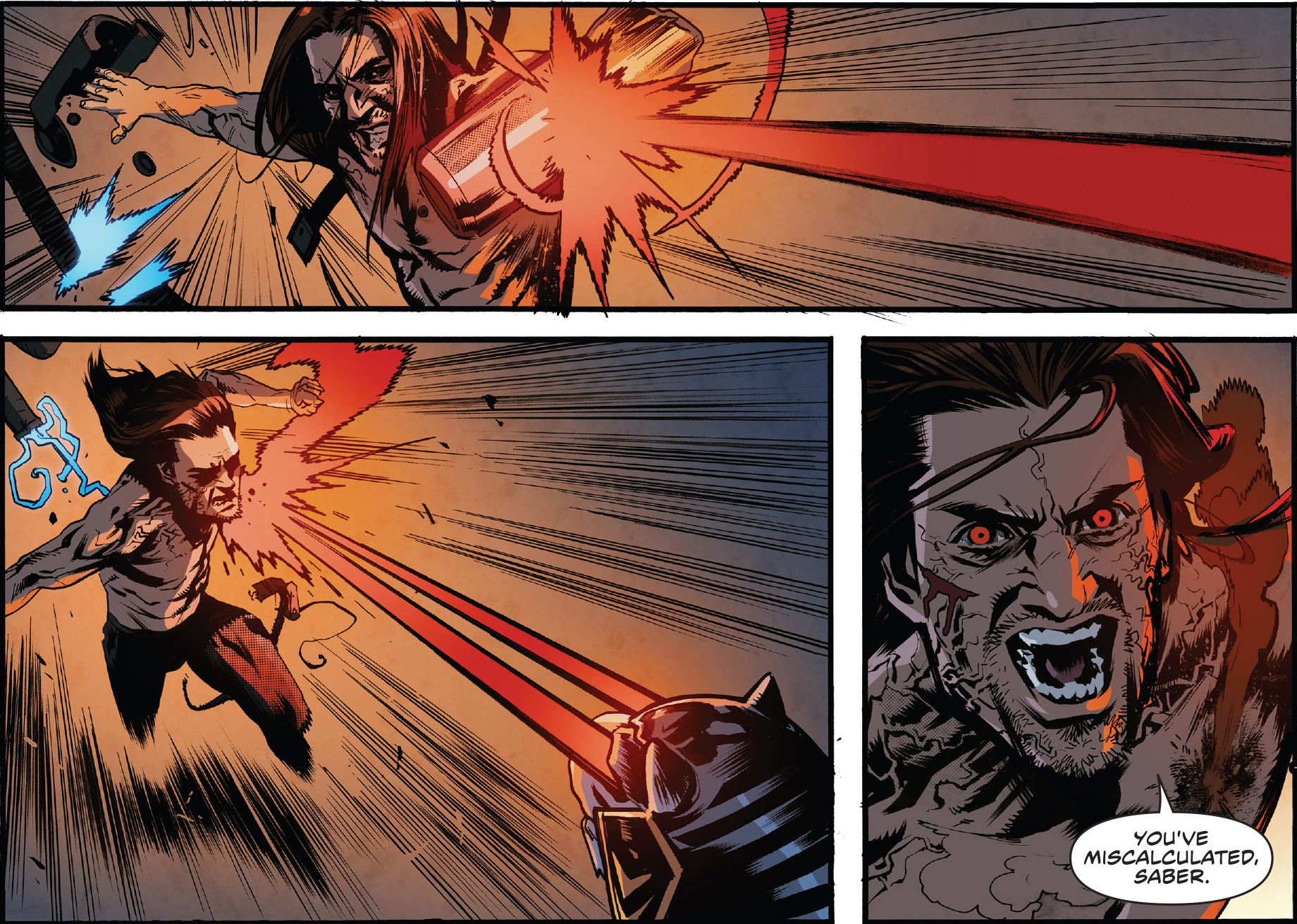 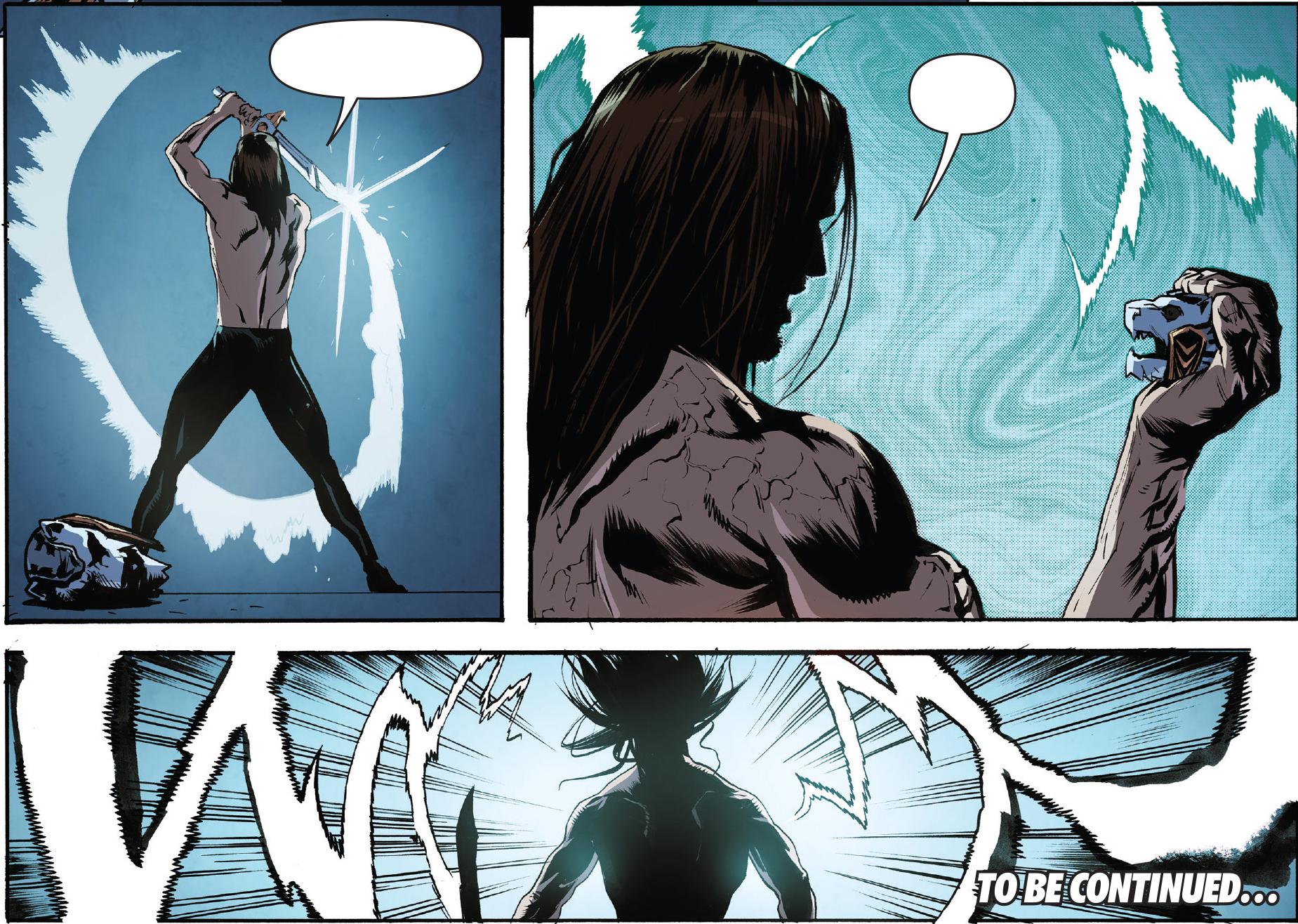 Back in the mirror world, Scorpina takes control of a number of deserters of Lord Drakkon‘s forces. Having no attachment to this world she plans to simply destroy it entirely leaving no survivors. To do so she looks to revive Lord Zedd‘s personal Zord, Serpentera, and use it to destroy the entire West Coast of the United States. The Power Rangers HyperForce arrive in the mirror world and, with the help of recently-returned Lord Drakkon and his forces, along with the Coinless, manage to stop Serpentera from being revived but at great cost – the HyperForce Black Ranger loses her arm in the battle. 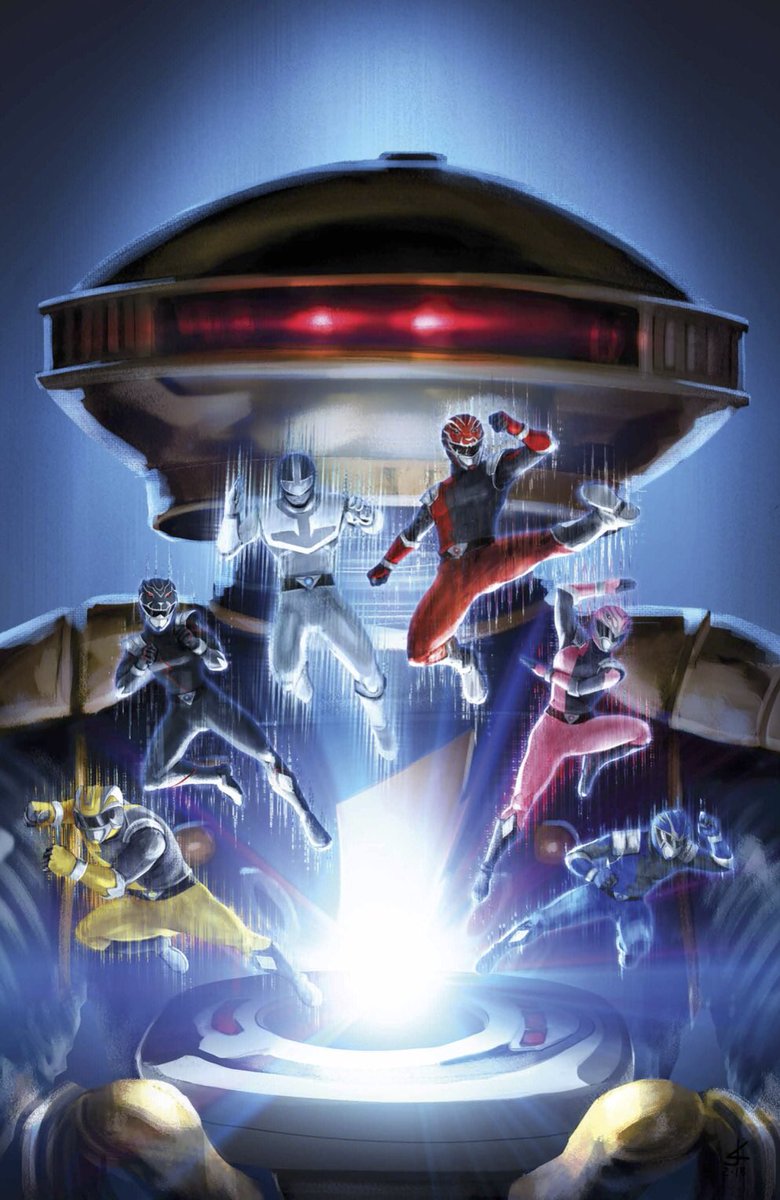 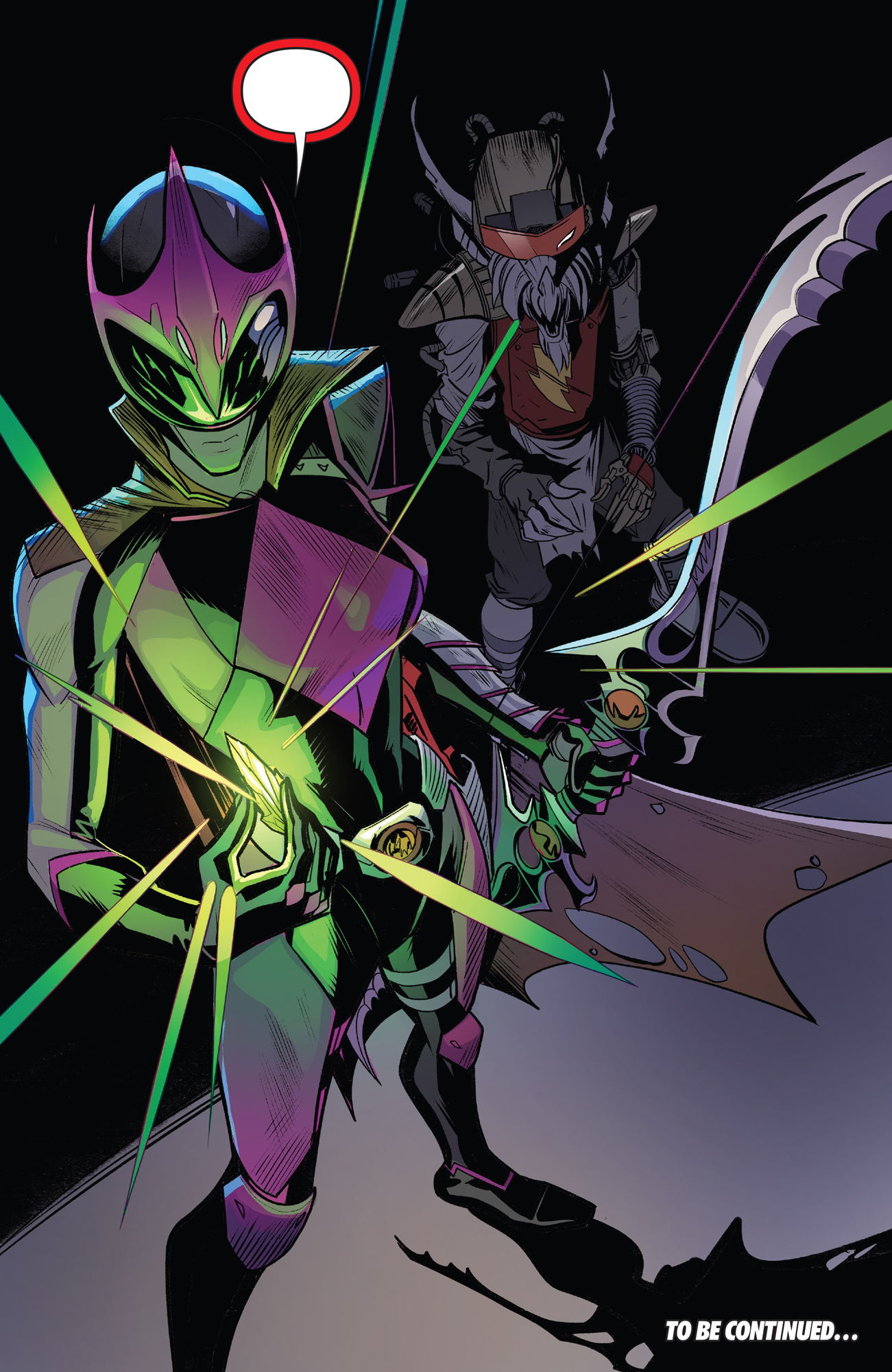 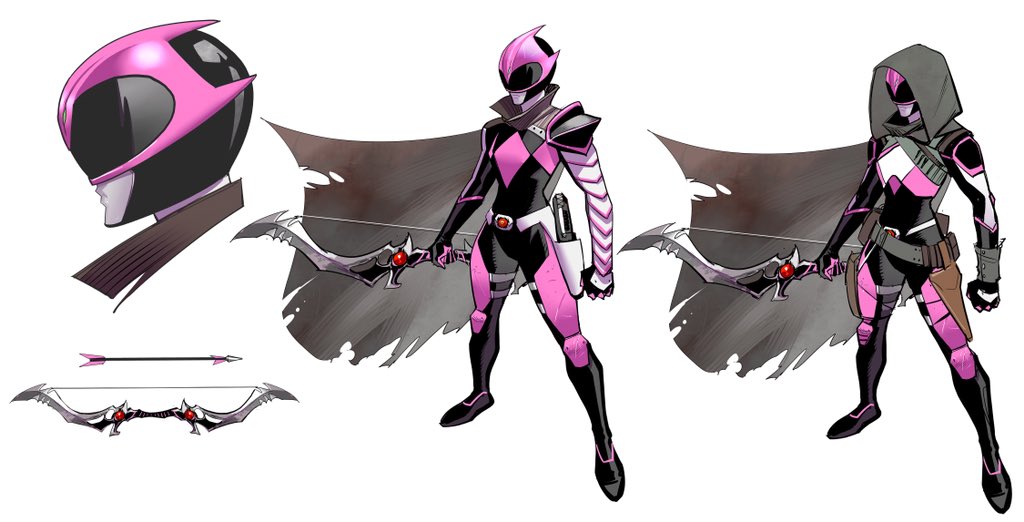 Lord Drakkon is now in the main world and free from his prison. What does he have planned? Check out Mighty Morphin Power Rangers Issue 25 on sale Wednesday, March 28th to find out! The events of that issue will forever change the Power Rangers as we know it! 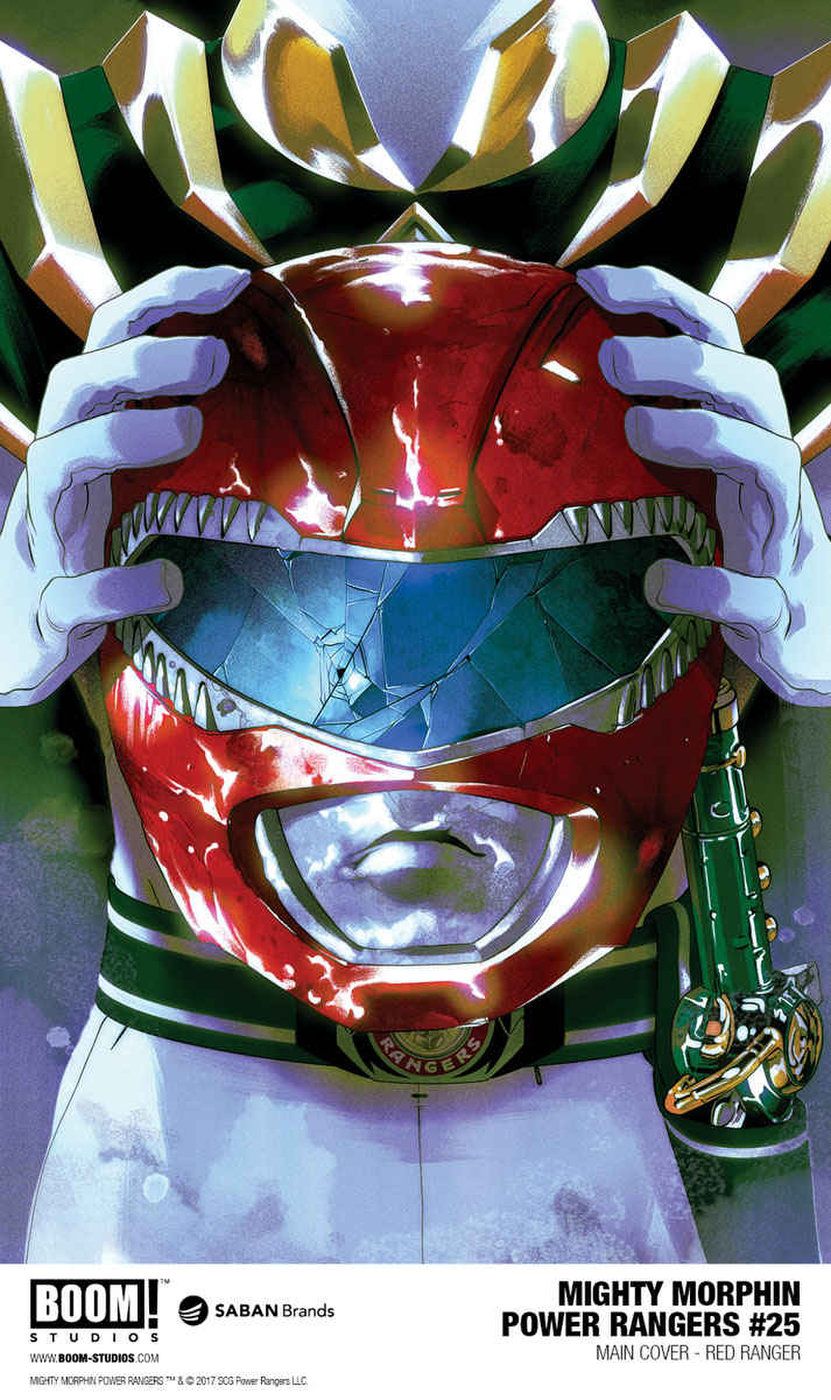 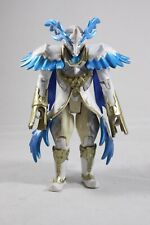 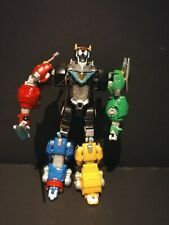 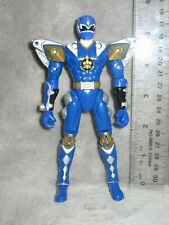 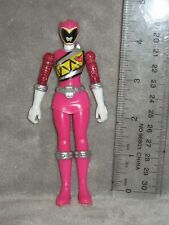