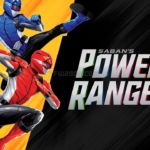 This weekend is the annual ToyFair trade show, a chance for toy manufacturers to gather and share details on their upcoming products. And Hasbro is kicking things off with a bang!

During the official Investor Preview for the ToyFair event, Hasbro revealed a number of tidbits about their new brand- Power Rangers! Several key points were mentioned during this discussion, including:

*A discussion on the successful Power Rangers outlets- including toys, clothing, games, comics, and more.

*Highlighting the key elements of this brands’ continued endurance, citing diversity as a major factor.

*A close look at the packaging for the upocoming new series, Power Rangers Beast Morphers.

But most importantly, we at last have a START DATE for this series! Power Rangers Beast Morphers will officially be released on March 2 2019!

A trailer for Beast Morphers was shown to investors but has not been made available to the public. It seems likely that a trailer will be released when ToyFair officially opens this weekend.

Stay tuned to TokuNation for all ToyFair reveals!