“They have won this time but none of us shall rest,
until the rangers are completely destroyed and the Earth is reduced to mere cinders!”

Rita Repulsa has had enough chances. After ruling over darker parts of the universe, Lord Zedd has returned! The emperor of evil tasked Rita with conquering Earth, defeating Zordon, and destroying the Power Rangers. With her inability to do so, he has returned to do that job himself! With an army of super strong Putties, more powerful monsters, and an insatiable rage against heroes, could Lord Zedd finally defeat the Power Rangers?

Joining Habro’s Lightning Collection line as it’s debut villain, Lord Zedd is such a welcome addition to the line. A wonderfully sculpted and detailed figure, Zedd captures the essence of his on screen presence perfectly. Absolutely the best articulated figure of the character ever, Zedd can menace any of your ranger figures. Armed with his iconic Z-Staff, a Monster Growth Bomb, energy effect, and an extra pair of hands, this is a must own for any Power Rangers fans.

Check out 50+ images of Lightning Collection Lord Zedd after the jump. Just click “Discuss on the TokuNation Forums” at the bottom of this post to be taken to the full review thread. We’ll be back soon with more galleries from Kamen Rider Ex-Aid, Power Rangers Beast Morphers, and more! 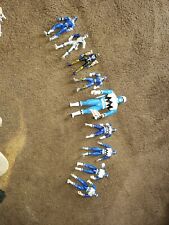 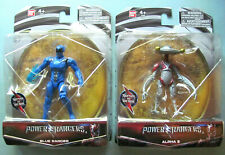