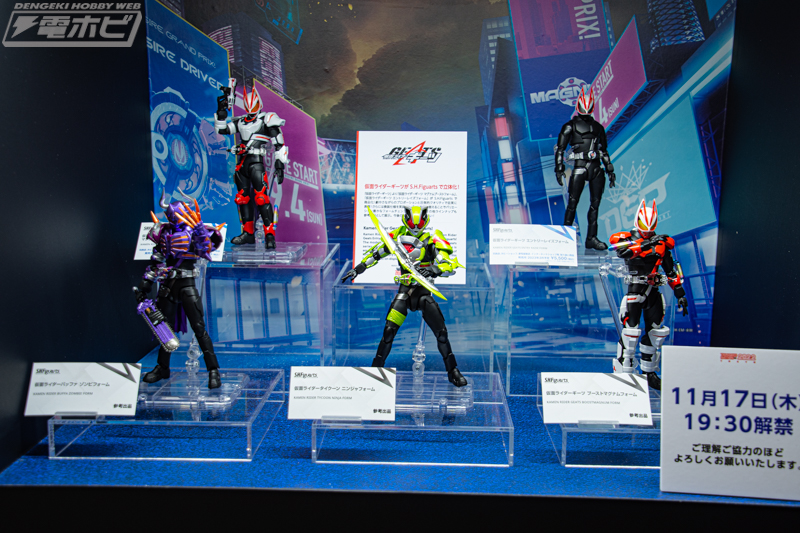 Today begins the Tamashii Nations 2022 Event where a ton of new and potentially new product is displayed for the public.  Not every single item displayed is guaranteed to be released unless notated via information cards or via Tamashii Nations itself.  We will do our best to detail if the figure(s) shown are set to release in the future.

Kamen Rider Geats had full representation on display with an impressive lineup of S.H. Figuarts to show off!  The following figures were shown:

Also shown were different combinations of characters you can create when you’ve purchased the figures.  The figures will be able to separate at the waist as well as have specific pieces of armor come off so you can create all the various forms from the show.  How this translates to overall figure quality has yet to be seen.