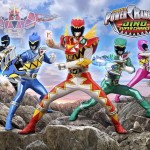 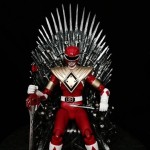 With the upcoming season finale of Power Rangers Super Megaforce, we will see the return of many cast members from previous seasons of Power Rangers, including the likes of Jason Faunt, Melody Perkins, Danny Slavin, Hector David Jr., Britney Pirtle, Patricia Lee, Reggie Rolle, Sean Johnson, Alison MacInnis, Selwyin Ward, and of course, Jason David Frank. But with the announcement of a new Mighty Morphin Power Rangers movie and the next series to be produced, a dinosaur themed show titled Power Rangers Dino Charge, a lot of fans have been clamoring for more Rangers to return – specifically as many of the original cast of Mighty Morphin Power Rangers as possible.

And while nothing is guaranteed or promised, one can only assume that the powers of Saban Brands would not only like to keep the original Mighty Morphin Power Rangers in the spotlight for as long as possible, but would love for an opportunity to bring back as many older fans to the franchise as possible. And the best way to do that is to bring back some of their classic heroes – and one that has been picking up steam in terms of popularity is none other than the original Red Ranger, Austin St. John.

On his official Facebook page, Austin St. John posted just the other day something that should get all the fans excited and pumped – ”IF” he were to return, would you want him in the show, the movie, and what would his role be? He specifically mentions that the powers that be are watching his page. If you want the original back to action, this is where you as a fan have to step up and take part!

Click here to see his Facebook page – be sure to “Like” it! And once you’ve done that, help spread the word to all the other Power Rangers fans out there – ”Like” and “Share” this post about his possible return! Who wouldn’t love to see Austin St. John return as the Silver Ranger in Power Rangers Dino Charge? Who says Bragigas can’t be a new Titanus? Help spread the word and let’s bring back the original Power Ranger!