Hot off the heels of his (their?) New York Toy Fair debut, official images and release info are out for the Zeo Gold Ranger from Hasbro’s Power Rangers Lightning Collection!

This 6-inch Lightning Collection Gold Ranger figure features premium paint and decorative details inspired by the show, over 20 points of articulation for high poseability, swappable heads to display the Ranger with or without his helmet, the Golden Power Staff accessory, blast effect piece, and an extra pair of hands for more ways to play or display. Go Go Power Rangers!

The Zeo Gold Ranger retails for $19.99 and will be released In June! 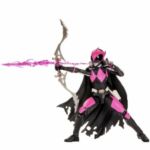 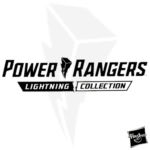 CNET has just exclusively revealed the very first Power Rangers SDCC exclusive from new master license holders, Hasbro! The Lightning Collection has already begun to fulfill the dreams of many a Power Rangers collector with the likes of Shadow Ranger & Lord Zedd. Now, fans are getting a double shot of back to action awesome with a 2-pack of Jason Lee Scott in both his ranger forms! Mighty Morphin Red Ranger & Zeo Gold Ranger!

The Power Rangers Lightning Collection two-pack will feature 6-inch depictions of Jason as both the original Red Ranger from 1993 and the Gold Ranger from 1996’s Power Rangers Zeo. The figures will be exclusive to July’s San Diego Comic-Con event, costing $50 (about £39, AU$72) and will be available on the Hasbro Pulse website after the convention.

This 2-pack comes with a wealth of Accessories including civillian Jason heads for each figure, the Power Blaster, Gold Ranger Staff in both modes, the Blade Blaster, Dragon Dagger, and Power Sword! Between this and the truly incredible collector style packaging, this is an absolute must and a total steal for $50. San Diego Comic Con is coming up soon, July 18-21!