Arriving in Amber Beach to find his missing father, Tyler Navarro could never imagine what really lay ahead for him. By chance both he and soon to be allies make contact with the Energems! Ancient crystals that channel the Morphin Grid and the energy of the universe. Entrusted to the ancient dinosaurs by the mysterious Keeper, these Energems have chosen Tyler and the others to be the next generation of Power Rangers! To defend the Earth, to defeat the villainous Sledge and his crew, to unlock the ultimate power of the universe, in a world full of strife the Dino Charge Red Ranger fights to survive!

The Lightning Collection line has been going strong for the better part of a year now. Pumping out regular releases in the form of full waves, two-packs, and store exclusive single figures has made it hard to keep up on occasion. But finally we’ve made our way back around to finish off Wave 1 with the Dino Charge Red Ranger!  An overlooked gem of the first wave, DC Red is a solidly constructed figure with a lot more fine detail than you notice at first glance. Armed with the Dino Charge Morpher, the Dino Saber, an effect part, extra hands, and an unmasked head, this figure is the total package.

Check out the full 60+ gallery after the jump and read up on our full review by clicking “Discuss on the TokuNation Forums” at the bottom of this post. And remember that commenting in this gallery thread will qualify you for one (1) additional entry in our annual Toku Toy Box giveaway! Offical rules HERE. 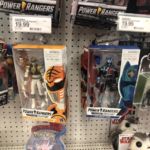 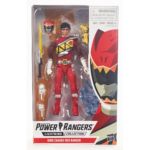 As of this writing, the figure is now available for pre-order on the new Hasbro Pulse store with that pre-order link we now have our first clear image of the packaging and a new accessory: an alternate unmorphed head depicting actor Brennan Mejia as Tyler! 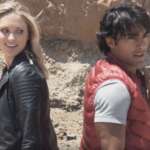 It’s about to get wild!

If you’re among those that miss the old days of yearly Power Ranger teams, the Power Rangers Dino Mega Charge fan film might be able to satisfy that itch.

Tyler and Gia return to fight a mysterious villian from the past, if you wish to check out the fan film click the box below: