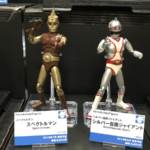 In addition to the previously reported Denkou Choujin Gridman figures revealed at Wonderfest 2018, Evolution Toys also brought along a number of other classic tokusatsu heroes as part of their Hero Action Figure series line.

First up for release in May is Fake Janborg A (also known as Imitation Jumborg Ace), who appeared in episode 29 of the 1973 Tsuburaya Series Jumborg Ace. Following on from that in June will be Janborg 9 (aka Jumborg 9), the second fighting robo to appear in the series.

Next up in July comes Spectreman (star of the 1971 series from P Productions), followed by Silver Kamen Giant (from 1971 series Silver Kamen) and Mirrorman (star of the 1971 series by Tsuburaya) in August. Fans may recognise an updated version of Mirrorman as part of Mirror Knight, a member of Ultraman Zero’s Ultimate Force Zero in the film Ultraman Zero: The Revenge of Belial. Meanwhile Silver Kamen also received something of a renaissance last year, appearing alongside fellow classic tokusatsu hero Red Baron in the movie Brave Storm.

Rounding off Evolution Toy’s display was an unpainted prototype of Triplefighter, another series from Tsuburaya that first aired in 1972. Triplefighter is set to be released in September.

Each of these figures will retail for 8,800 yen each. Check out the full selection of images after the jump and join in on our Wonderfest 2018 discussion thread! 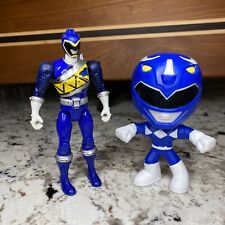