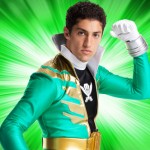 With the hiatus over and episodes coming out weekly, it’s time to return to the usual mid-week preview clips of upcoming episodes of Power Rangers Super Megaforce. The next episode, titled “Love Is In the Air”, features the villain Levira falling victim to a love portion, causing her to fall in love with the Green Super Megaforce Ranger Jake. The preview clip shows Noah, the Blue Super Megaforce Ranger, being ignored by the X-Borgs as they focus their attacks on Jake, who is to be captured and brought to Levira. Check out the clip, courtsey RangerCrew.com, below!

This episode of Power Rangers Super Megaforce airs THIS SATURDAY on Nickelodeon. Check your local listings for exact times and be sure to join us in the episode discussion on our forums!